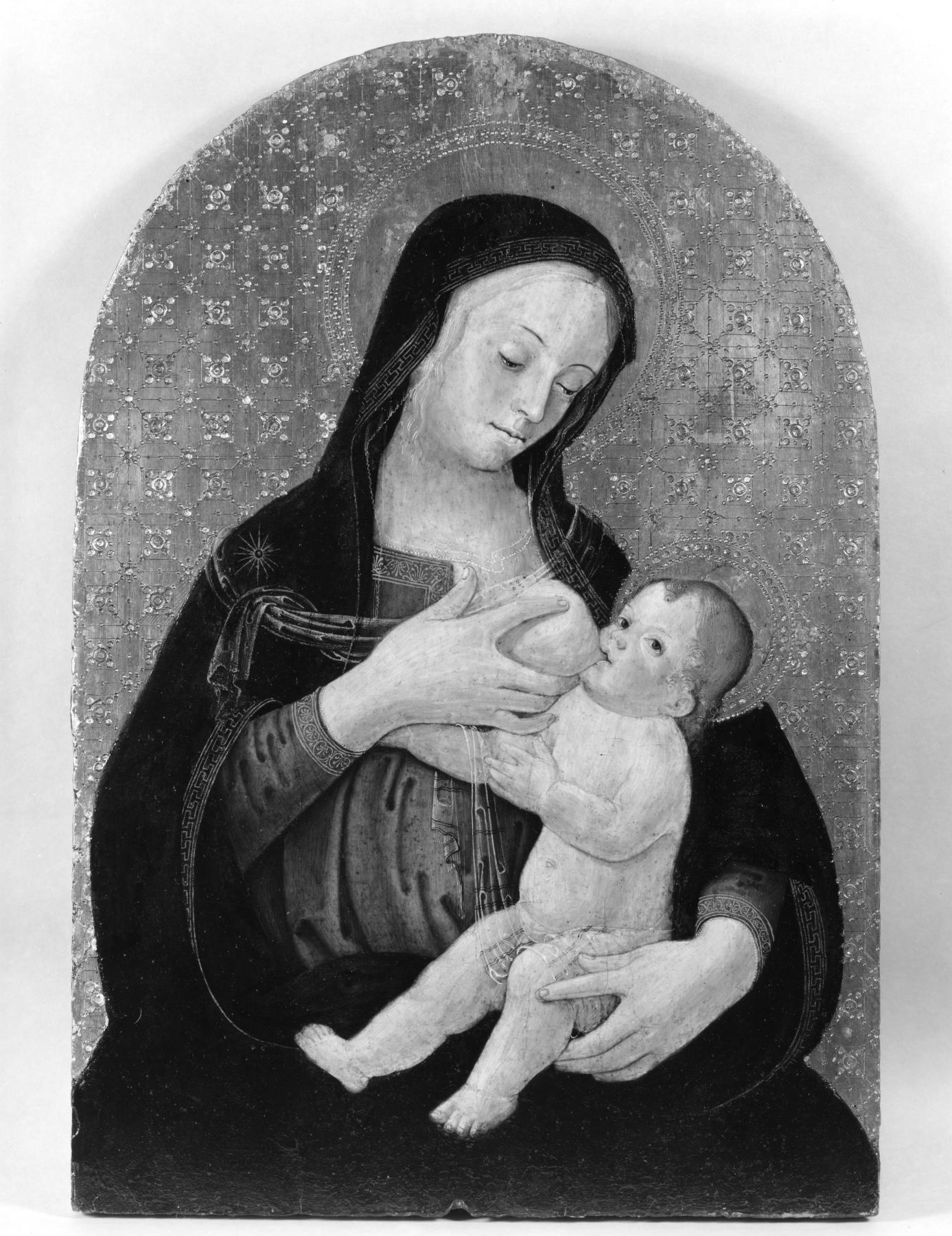 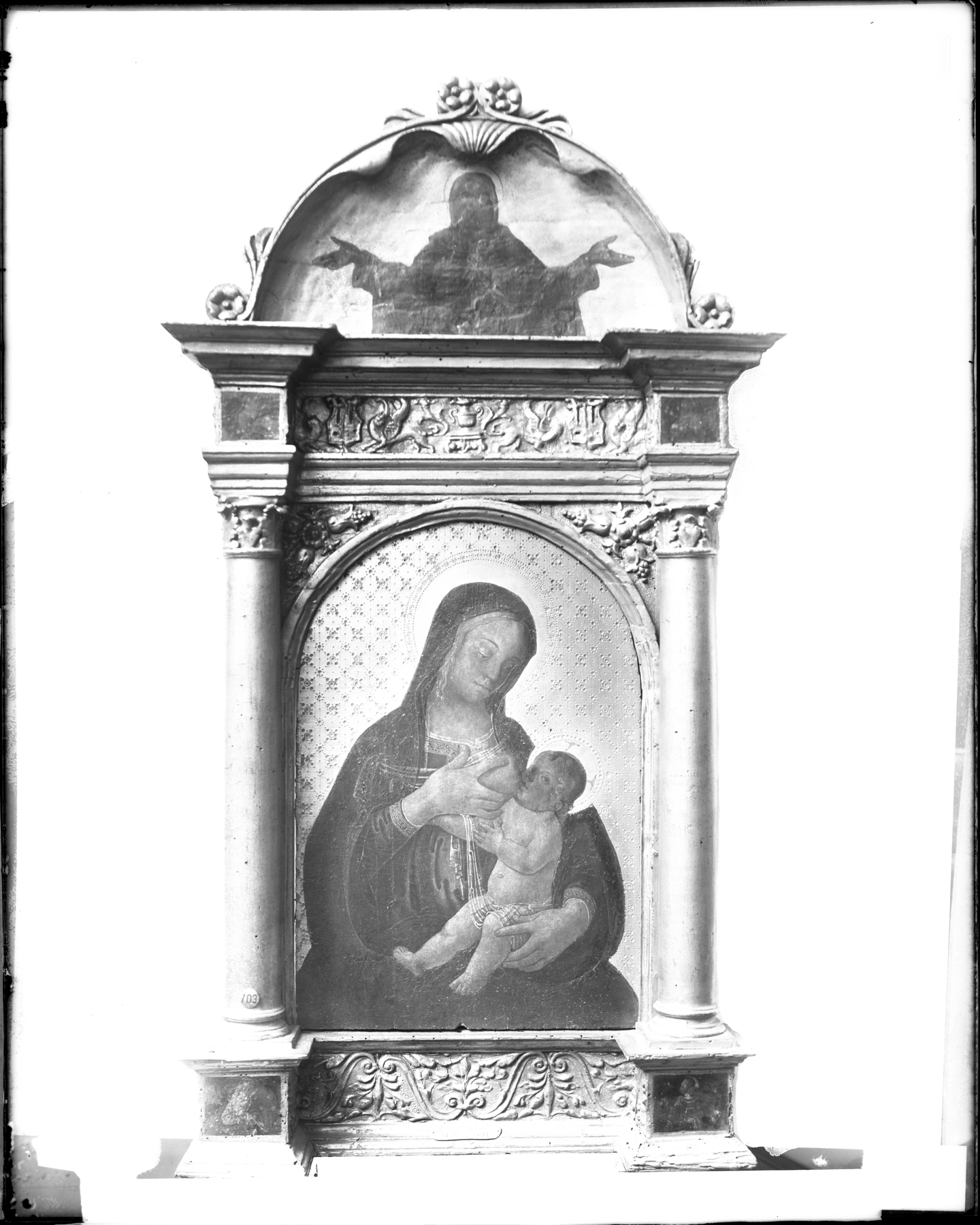 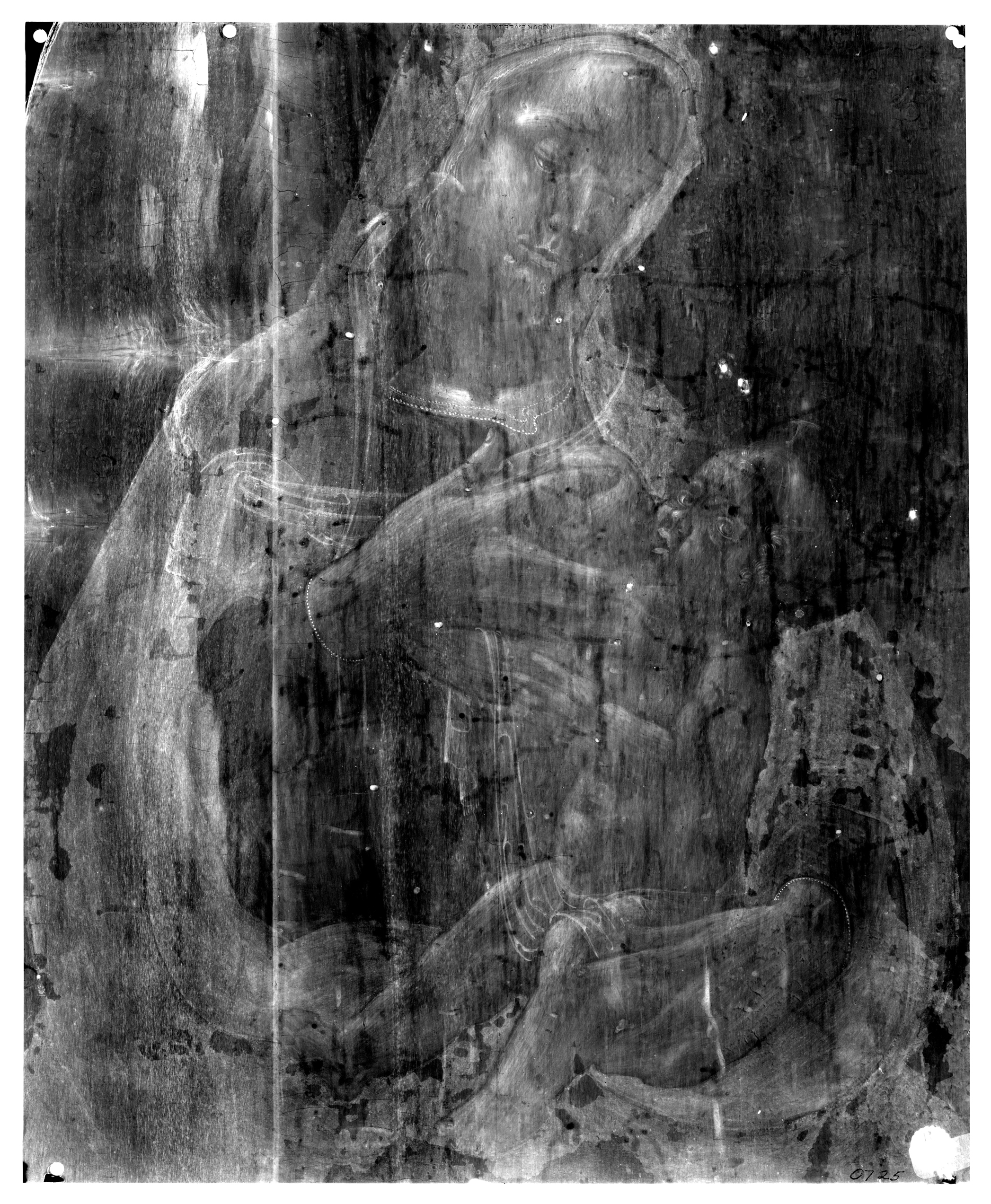 Images of the Madonna breastfeeding the Infant Christ—the “Virgo lactans” in Latin—were popular in Europe from the 1300s on. The subject testifies to the Madonna’s role as mother and nurturer as well as to the humanity of Christ. Like most paintings of the subject, this example was intended for a domestic interior, where the Madonna would have served as a maternal exemplar for young women.

The painting retains its original tabernacle frame (not pictured) surmounted by a lunette (crowning element in the shape of a half-moon) with an image of God the Father and flanked by columns decorated with four small-scale images of the Gospel writers (Matthew, Mark, Luke and John). The painting was probably made in Rome at the end of the 15th century by a close follower of the city’s most prominent local painter, Antoniazzo Romano.