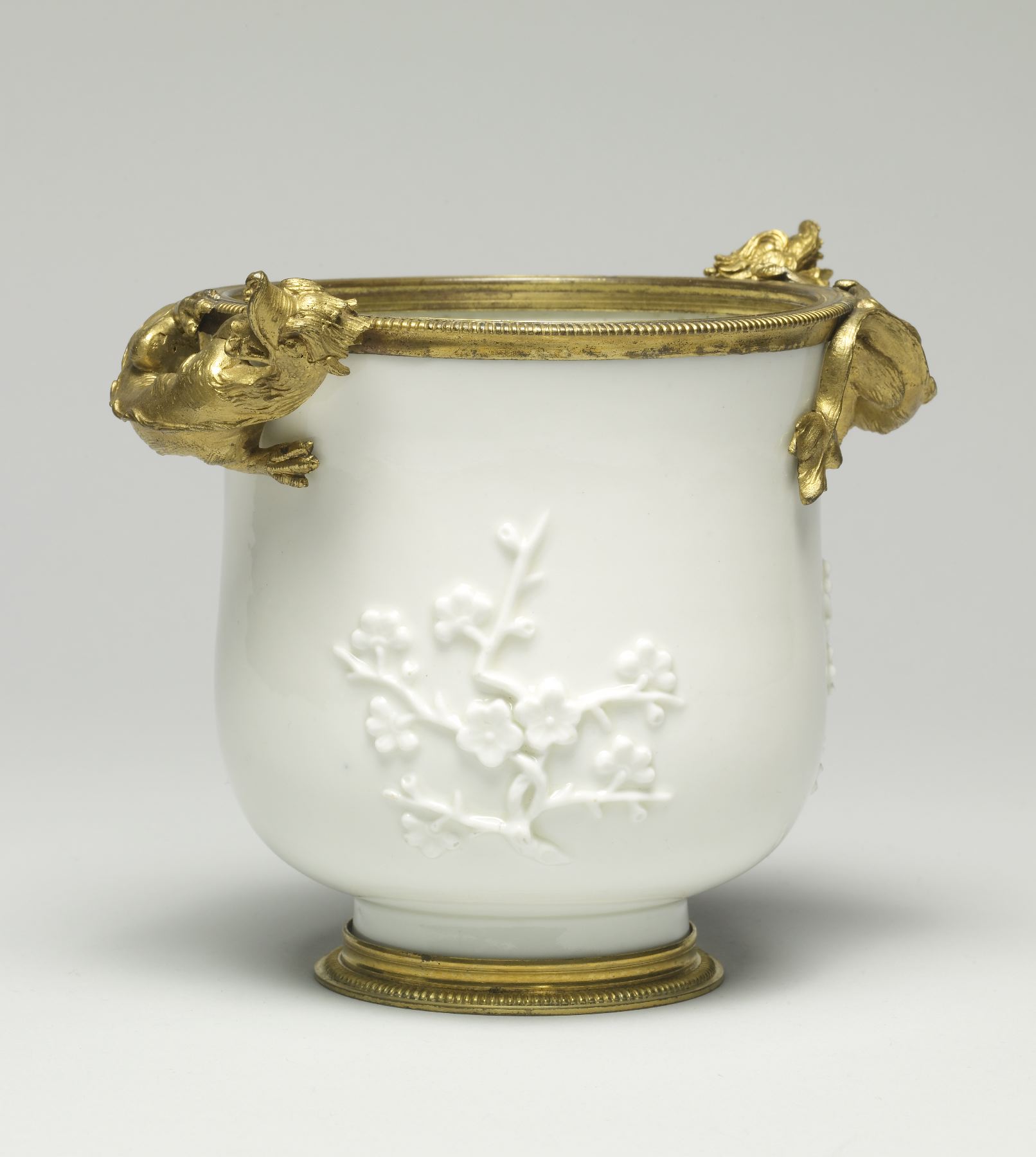 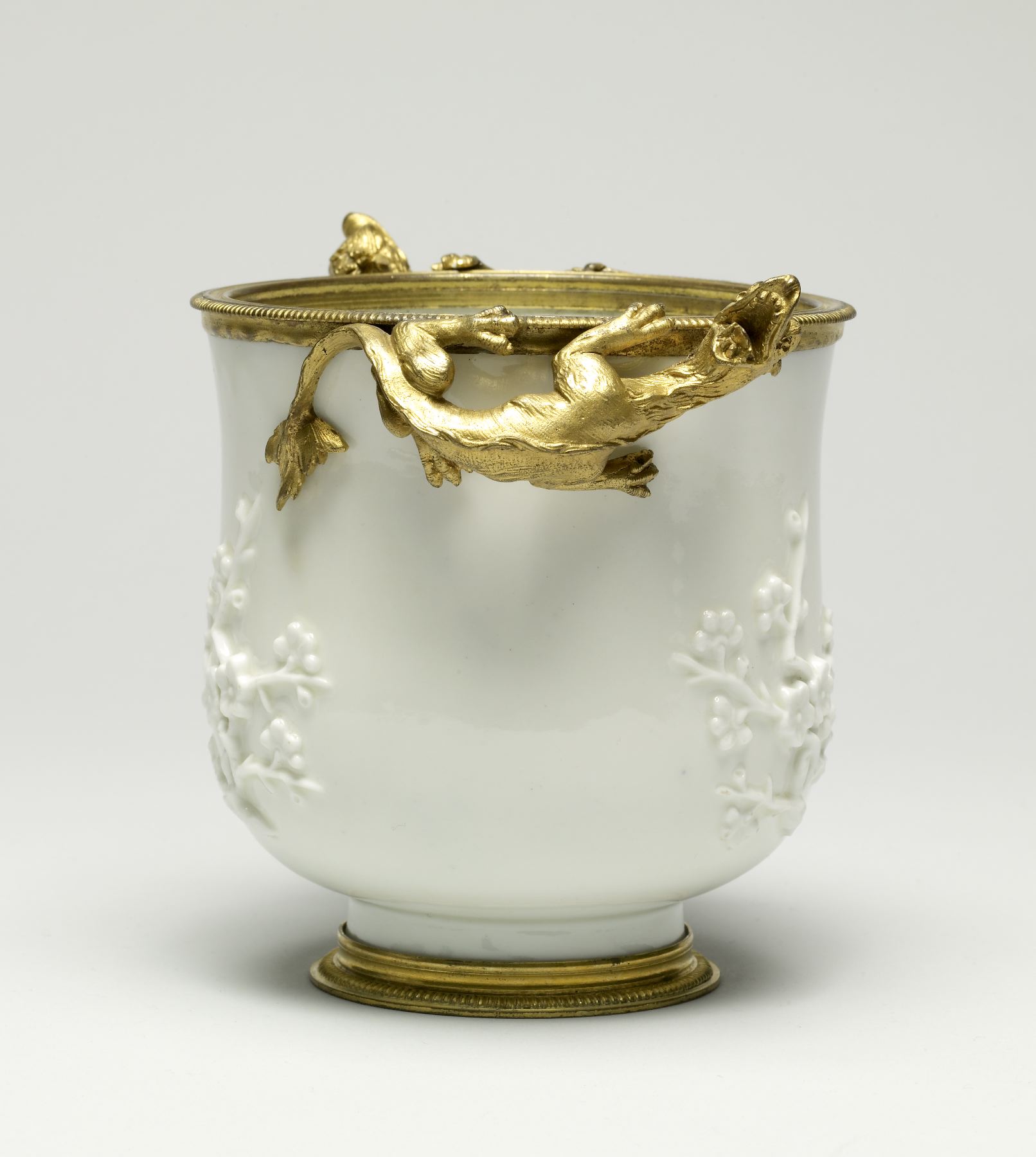 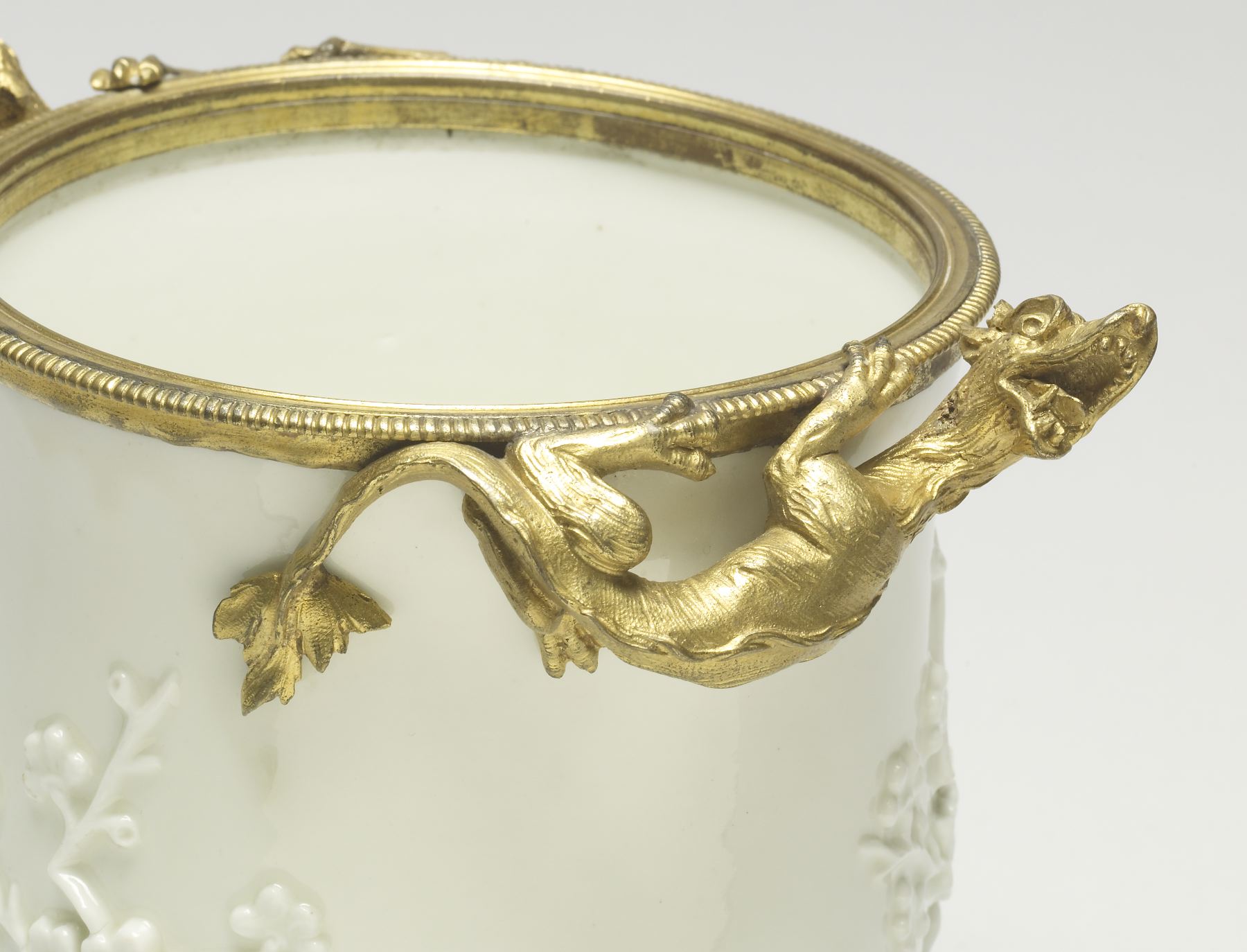 The flowering prunus on this white bowl is rendered in relief.