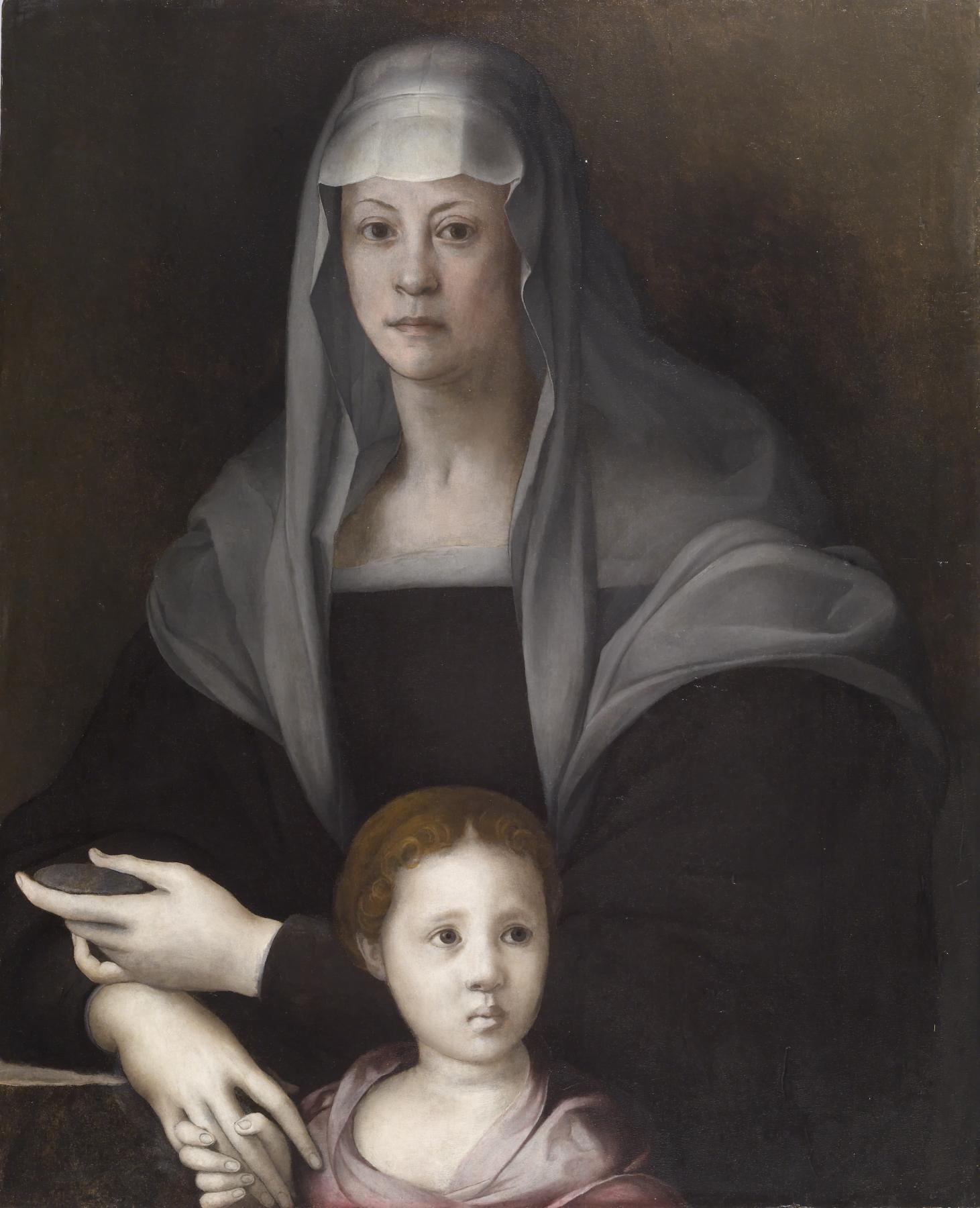 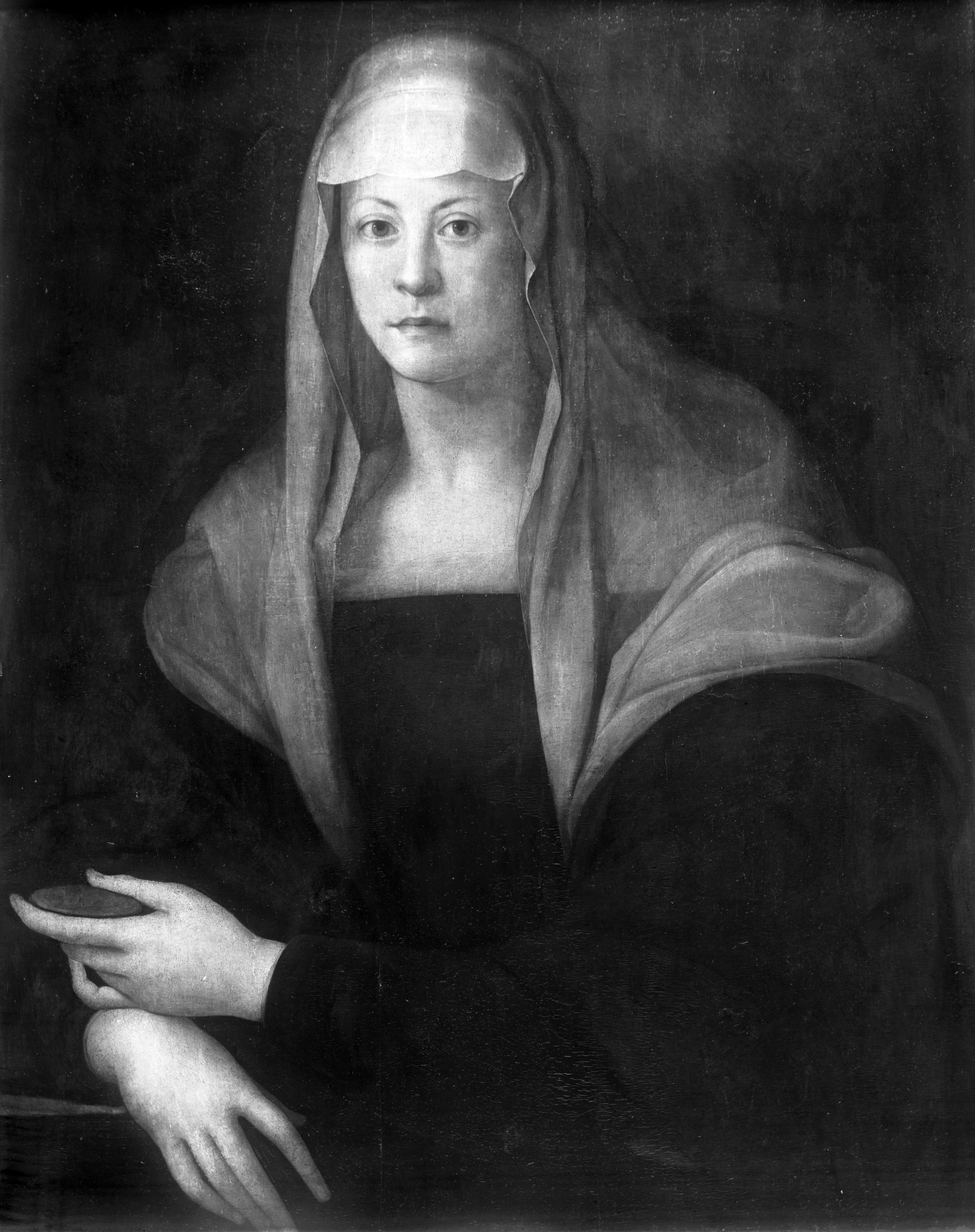 Pontormo (Jacopo Carucci, but known by the name of his birthplace, the town of Pontorme) was esteemed by the Medici family, rulers of Florence, for his ability to capture the individuality of his sitters, while emphasizing their aristocratic demeanor. Maria Salviati, as in other contemporary portraits of her, wears the clothes of mourning for her deceased husband, the famous military leader Giovanni delle Bande Nere de' Medici (d. 1526). The little girl holding her hand here is Giulia, a Medici relative who was raised in Maria's household after the murder of the child's father, Duke Alessandro de' Medici (1511-1537). As Alessandro was born of a liaison between a Medici cardinal and an African slave, this formal portrait is the first of a child of African ancestry in European art. Giulia grew up with all the status of a Medici and married another aristocrat. Descendents of hers are alive today.
By the nineteenth century, as the painting changed hands, the identity of the figures was lost. Toward the end of the century the painting surfaced again, identified as Vittoria Colonna, a famous Renaissance poet, widow, and friend of Michelangelo. Good portraits of the poet are known today and the widow in the Walters' painting is not her! Presumably because of Colonna's ongoing fame (and the difficulty for a potential buyer to check on such things then), the dealer thought this name would make the painting easier to sell. The problem is that Colonna had no children; so probably to make the painting consistent with its new name, the child was painted out.
Although the painting was acquired by Henry Walters in 1902, little attention was paid to it until after Walters' collection was bequeathed to the city of Baltimore in 1931 and the Walters Art Gallery was established. Then in 1937 the painting was x-rayed and cleaned, revealing the presence of a child. For years the proposed identification of the child was as Maria Salviati's only child, Cosimo de' Medici (1519-1574), who went on to become Grand Duke of Tuscany. According to this theory, Cosimo, as a young adult, commissioned this image of his mother and himself to honor her attention to his upbringing after his father's death. The problem with this solution is that the child is clearly a girl with her hair in braids and a girl's clothing. In the 1990s the scholar Gabrielle Langdon proposed that the child was actually Giulia. After her work came to our attention and considerable research was carried out to confirm this proposal, the identification was changed here at the Walters and the idea slowly began to take shape for a project that would eventually become the 2012 Walters' exhibtion "Revealing the African Presence in Renaissance Europe". The accompanying publication, edited by Joaneath Spicer, is available as a free ebook.