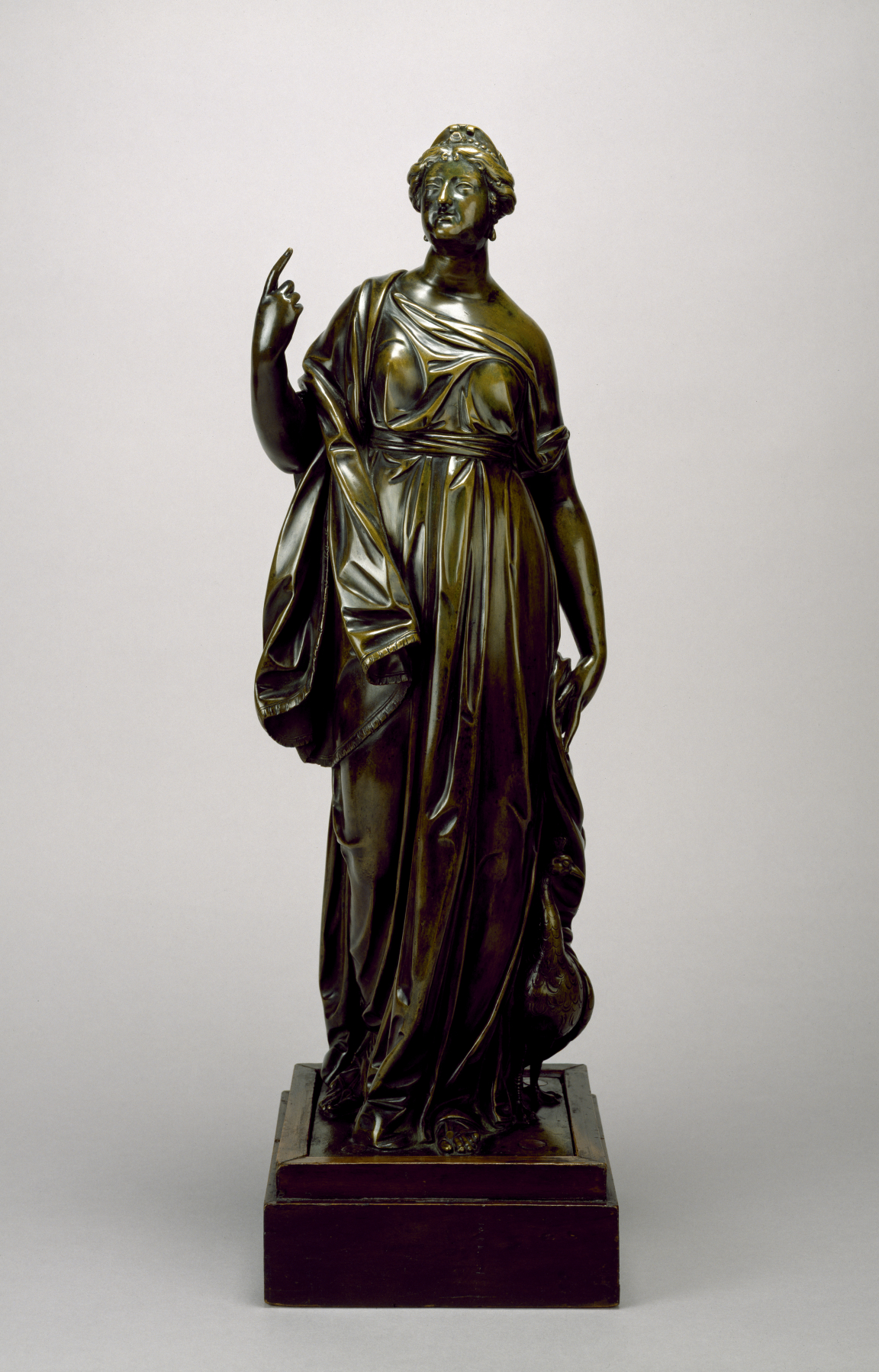 Portrait of Marie de' Medici, Queen of France, as Juno

Marie de' Medici (1573-1642) is represented here as the Roman goddess Juno, the powerful wife of Jupiter, king of the Olympian gods, in whose guise her husband Henry IV is shown in the companion statuette. She is accompanied by a peacock, said by ancient writers to have been the bird that pulls Juno's chariot, signifying her splendor.
Portraits of the queen that accompany those of the king-including a double portrait on a medal in the case nearby-show her in a supporting role. After Henry's murder in 1609, she became regent for her underage son, the future Louis XIII, and a great patron of the arts in her own right.