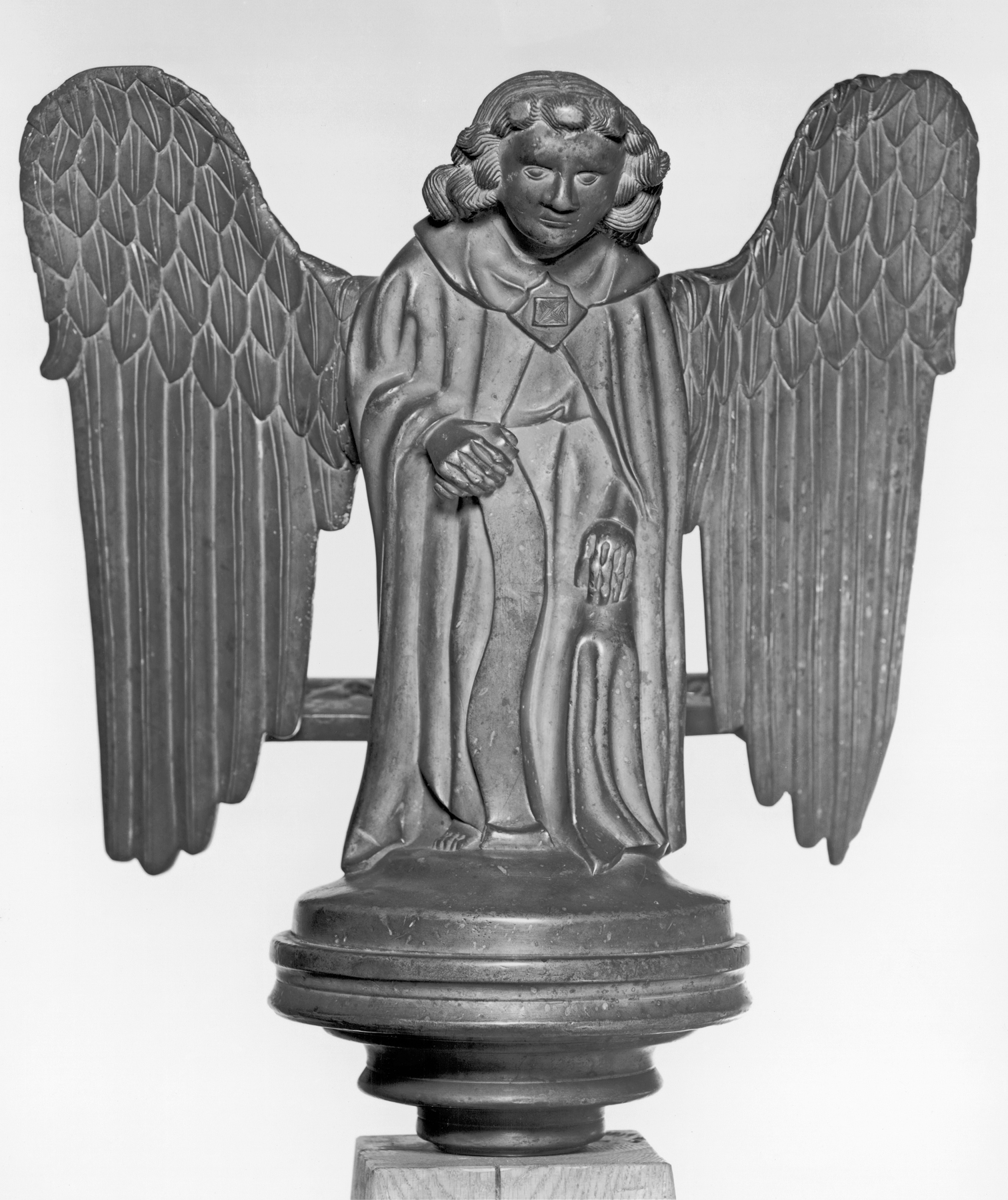 Statuette of the Evangelist Symbol of Matthew from a Lectern

In 1852, an art historian visited the cathedral at Messina, Sicily and saw a "curious lectern worked in brass, and now used for the reading of the Gospels...The upper portion is made to revolve, so that a copy of each evangelist's writing being laid upon his proper emblem, the priest, standing on a step at the side, has only to turn the desk round until he has opposite to him the requisite gospel..."

The structure he saw was destroyed in the earthquake of 1908, which left the cathedral a ruin. However, the four book rests with the symbols of the Four Evangelists were preserved. Most Medieval lecterns included a single bookrest with an eagle that stood for Christ, while those for choirs often possessed two or three bookrests. This example thus might have originally belonged to a choir. Alternatively, it might have served as a book stand to hold the gospel books when they were not in use.

The four winged creatures described by Saint John in the Book of Revelation- a man, a lion, a bull, and an eagle- were later interpreted as representing Matthew, Mark, Luke, and John.

Many such brass objects for church use were produced in the eastern part of present-day Belgium for export to the rest of Europe.

In the Cathedral of Messina, Italy, destroyed by earthquake in 1908; Raoul Heilbronner, Paris; Henry Walters, Baltimore, 1910, by purchase, Walters Art Museum, 1931, by bequest. 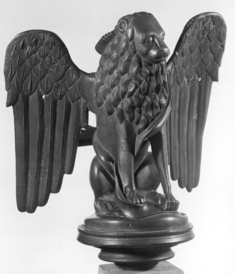 Statuette of the Evangelist Symbol of Mark from a Lectern 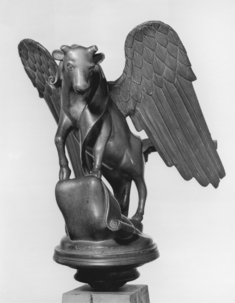 Statuette of the Evangelist Symbol of Luke from a Lectern 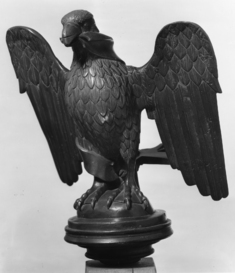 Statuette of the Evangelist of John from a Lectern