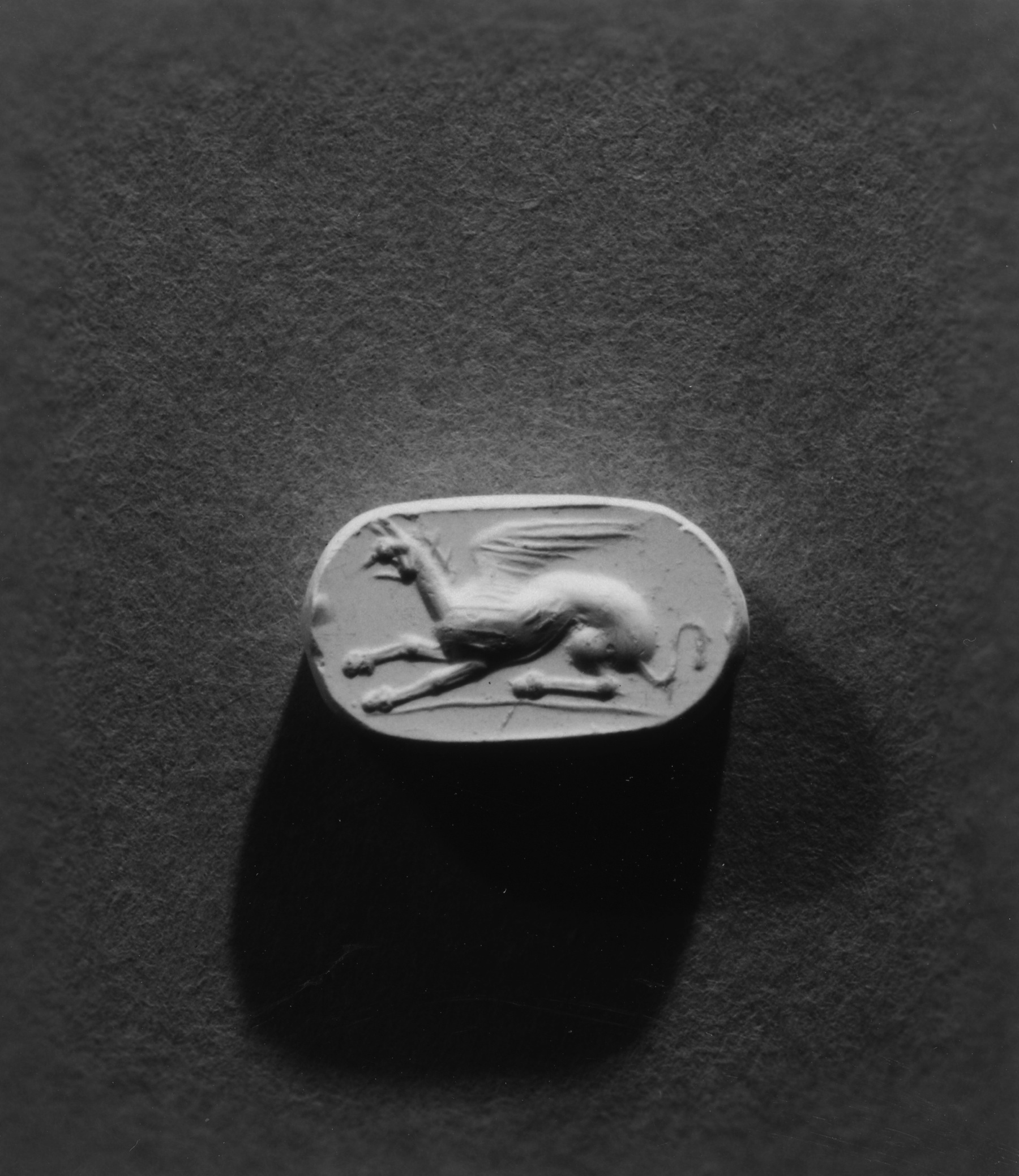 Gem engraving was a major art form in ancient Greece and Rome. Precious stones were thought to have healing and protective powers and were used as amulets and seals as well as jewelry. Engraved or incised gems, known as intaglios, were often decorated with winged creatures, such as the sphinx and the griffin. This scarab or scaraboid intaglio bears an image of a crouching griffin in profile to the right on the underside. 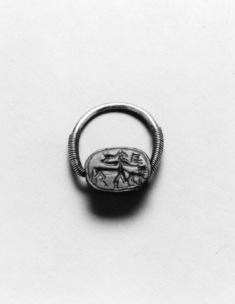