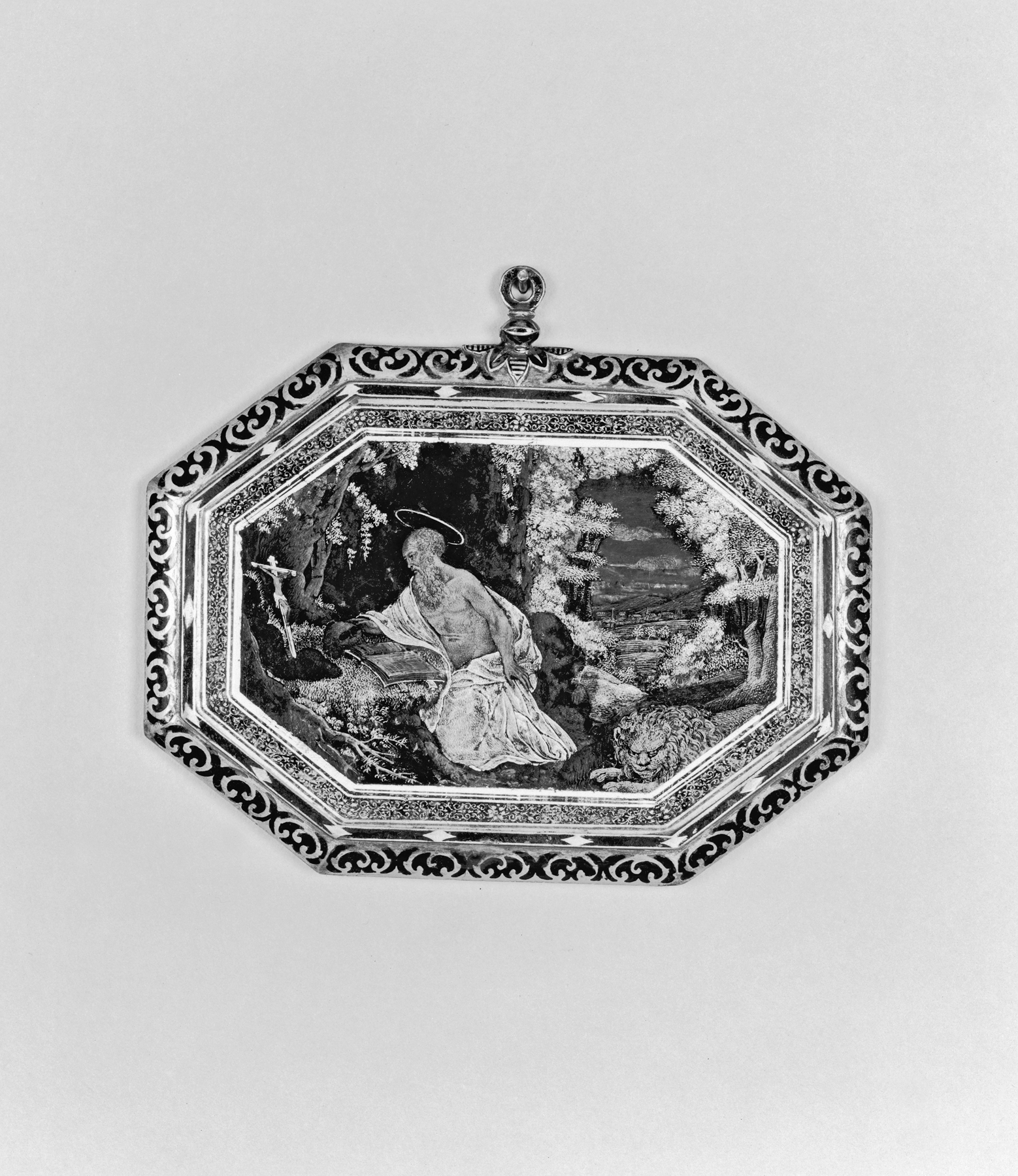 Devotional Plaque with Saint Jerome in the Wilderness

St. Jerome, the translator of the Bible into Latin, was often depicted as a hermit in his wilderness retreat, engaged in meditations on the cross. This exquisitely subtle example of reverse painting wonderfully exploits the luminosity for which the technique is valued. Light appears to suffuse the clearing, dappling the foliage and the saint, while drawing the eye towards the opening sky at the rim. The depiction of a landscape on a scale this small demanded great skill, and this object would have been prized for the difficulty involved in making it.