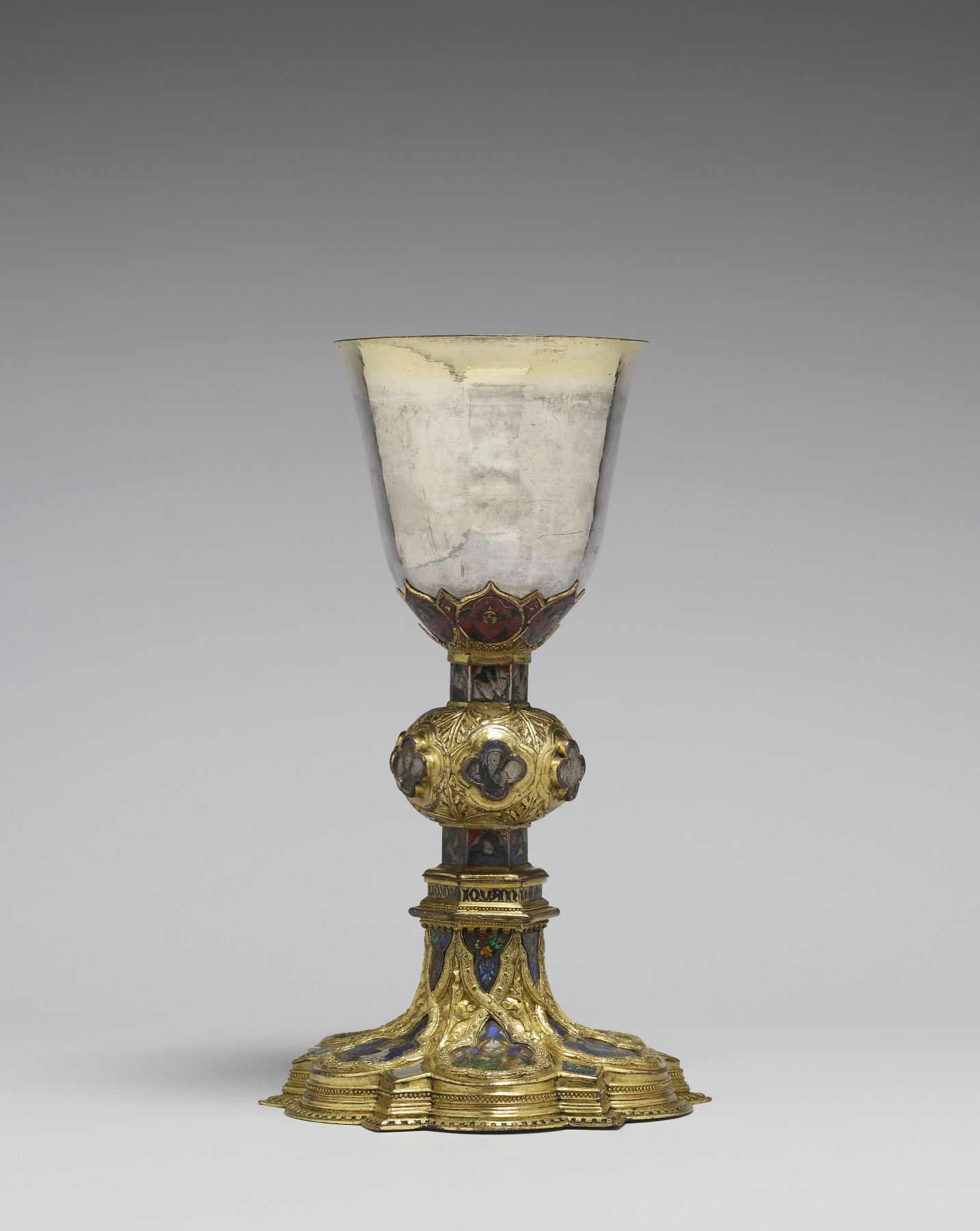 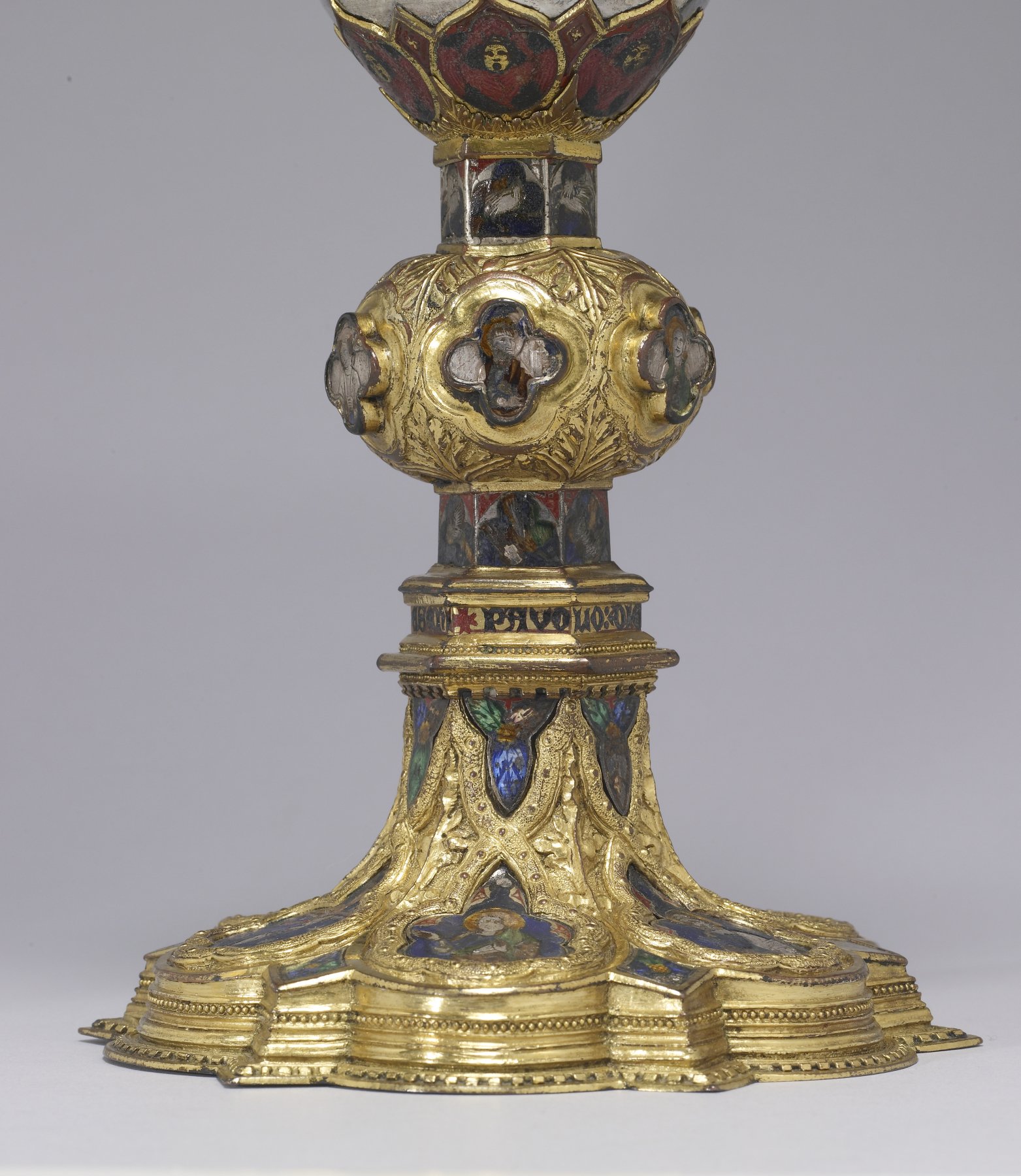 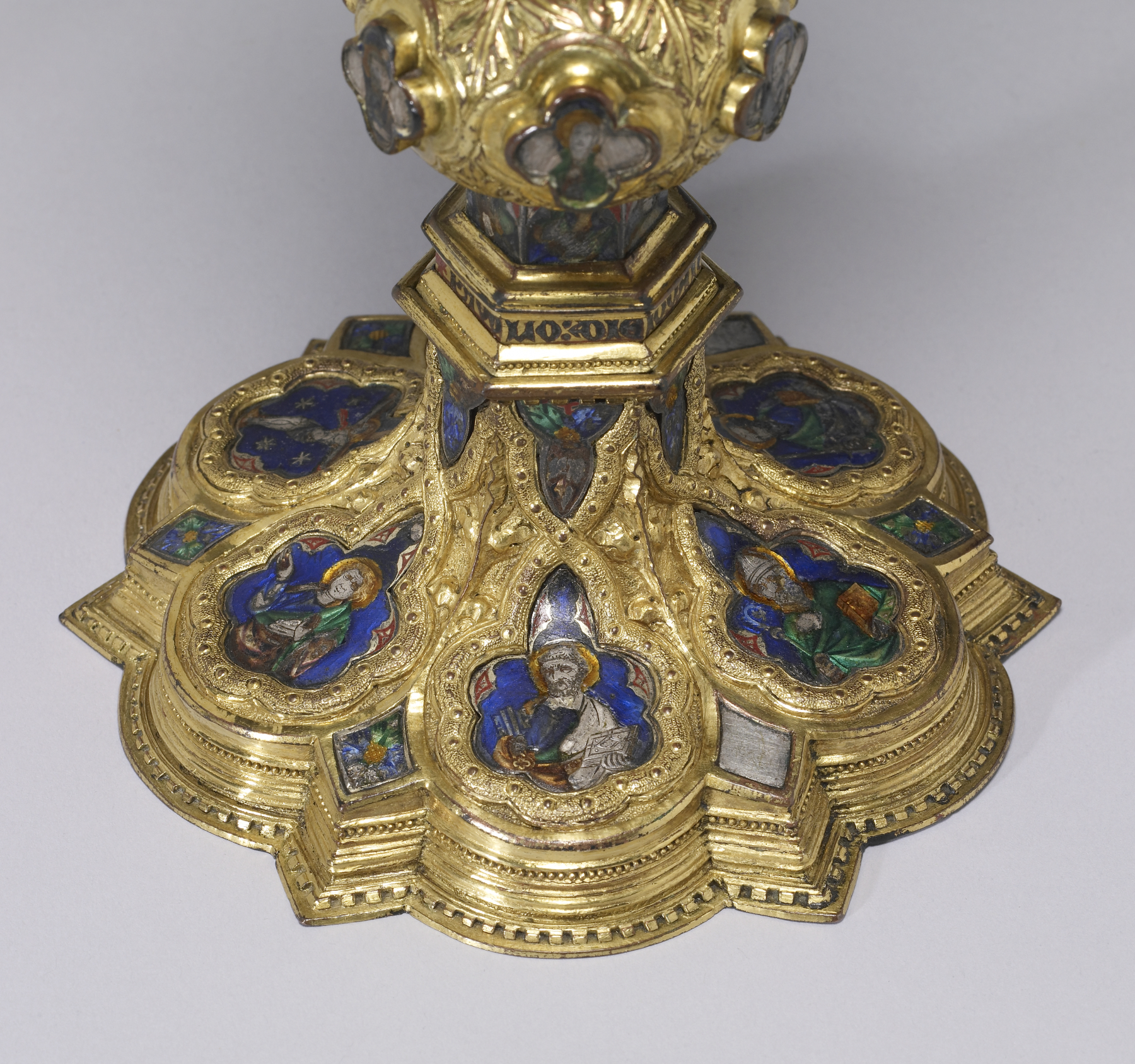 Family workshops were very common among goldsmiths, which can sometimes make attribution difficult. One of the most celebrated fourteenth-century goldsmiths, Tondino (active 1308-ca. 1338) was the son of a goldsmith, named Gerrino. Tondino's brother and son, both named Giacomo, were also in the profession. This chalice with the busts of the apostles was likely produced in that workshop, signed by Giacomo of Siena who might be either the son or the grandson of the elder Guerrino. The extent of the collaboration between this Giacomo and Paolo di Giovanni, whose name also appears on the chalice, is uncertain. Paolo could have been a permanent member of the workshop or an associate engaged only occasionally for specific commissions. The chalice is enhanced by the addition of basse-taille enamels, a technique developed in Italy during the late thirteenth century in which translucent enamels are applied to metal surfaces that have been chased and engraved in low relief, producing a brilliant, painterly effect. Siena was widely known as an important center for the production of basse-taille enamels.