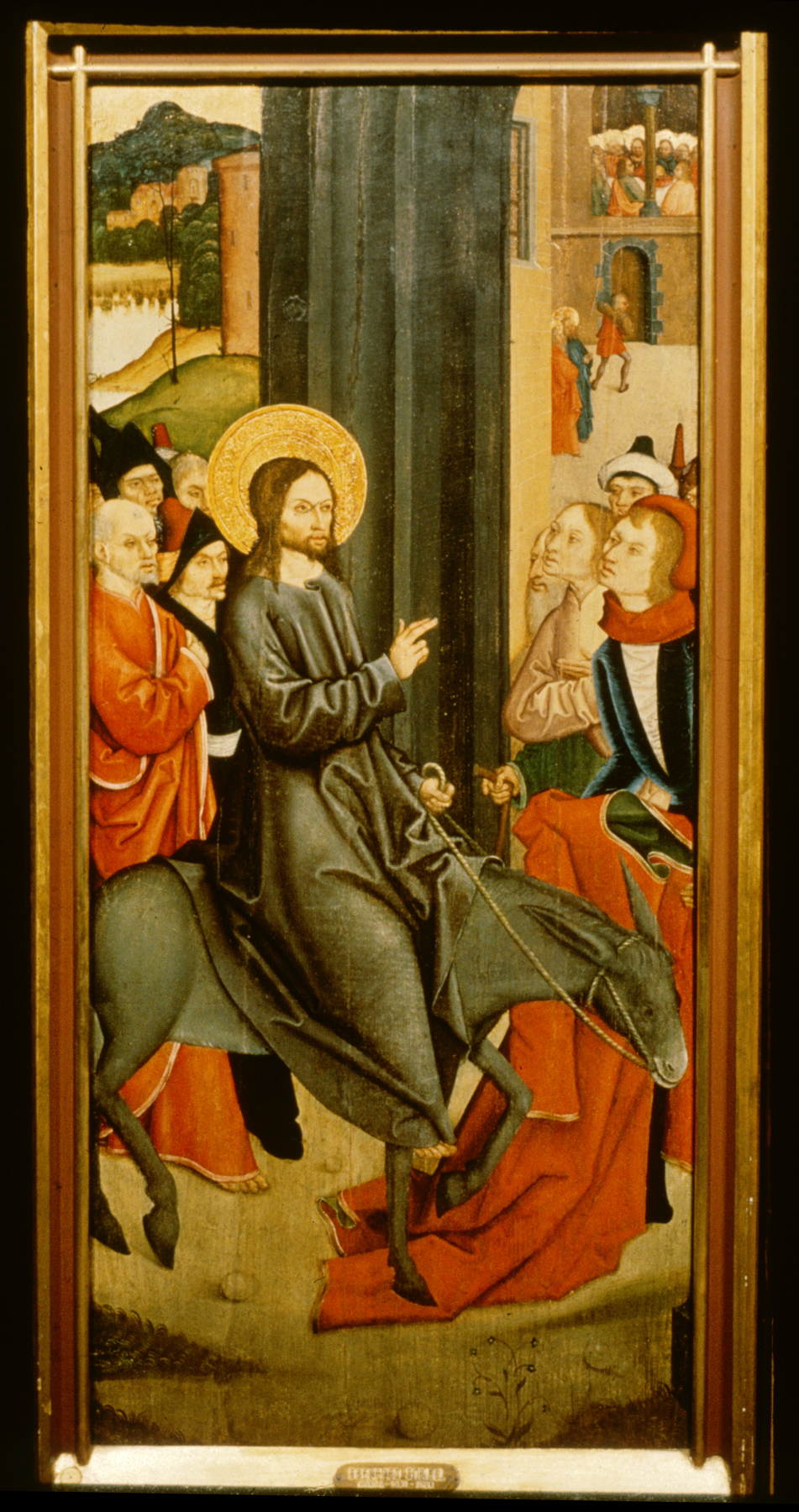 These four panels (Walters 37.665, 37.666, 37.672, and 37.673) depicting episodes from Christ's Passion were originally part of a "polyptych" or multi-paneled altarpiece commissioned by the Carthusian monastery in Buxheim, Swabia, and completed by 1500. Other panels are in Berlin and Augsbourg.

In this panel, we see Christ's entry into Jerusalem, with the Last Supper tucked into the upper right corner. In "The Arrest of Christ," (Walters 37.666) the emotional intensity of the scene is stressed through crowding and agitated, angular gestures. Strigel was fascinated by detail and shows accurately rendered 15th-century polearms, such as the halberd and pike, in the hands of the peasant mob around Christ. In Walters 37.665, we see Christ before the Roman governor Pilate, and in the distance the next event: Christ forced to carry his cross to the place of execution.

Pilate Washing His Hands of Guilt for Christ's Death

Christ Before the High Priest