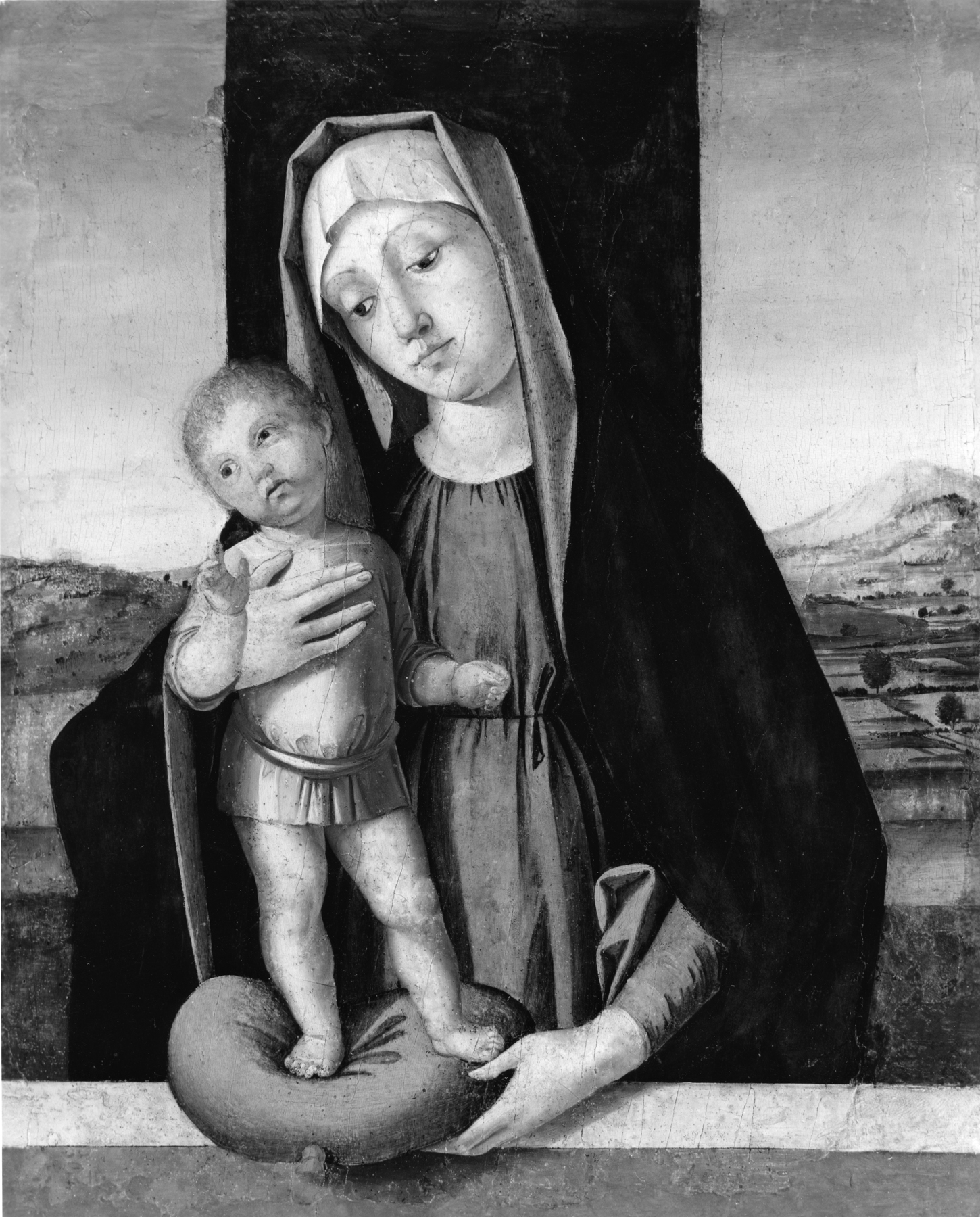 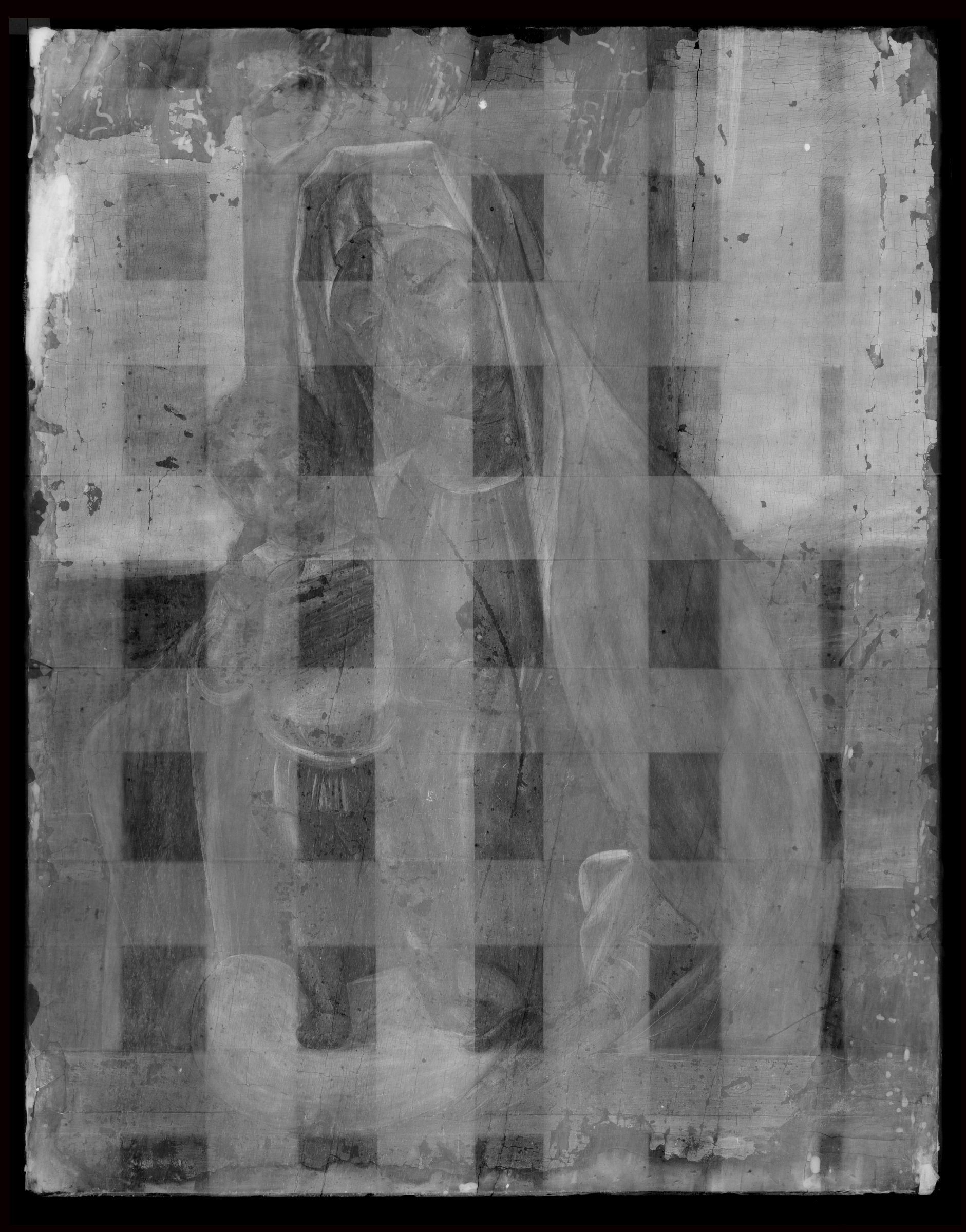 Alvise Vivarini was the last in line of an artistic dynasty established in the mid-1400s by his father, Antonio (see Walters 37.1691). This painting is considered one of Alvise’s early works on the basis of the clearly defined forms and lucid lighting, said to reflect the influence of Alvise’s father as well as his uncle, Bartolomeo (see Walters 37.1218), who were both his teachers.

The Madonna stands before a vertical wall (or perhaps a cloth of honor that was repainted at a later date) with a distant landscape beyond. She delicately supports the Christ Child who stands before her on a small pillow that has been placed a parapet—a motif commonly used in Renaissance painting to keep the holy figures at a well-defined distance from the viewer. As indicated by the painting’s relatively small size, it was probably intended for private devotion in a domestic interior.