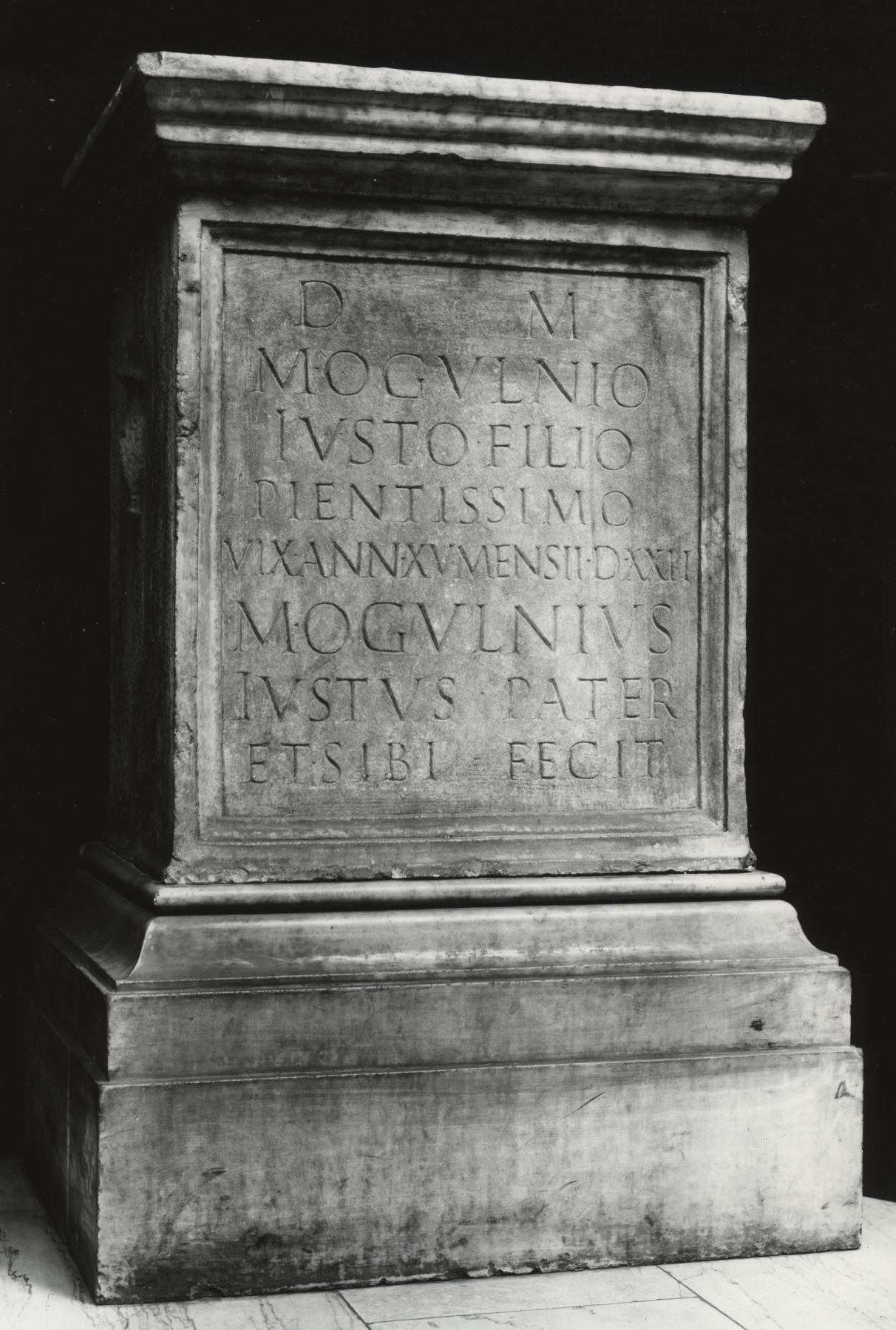 This marble funeral stele is inscribed. In the right end is a ring, in the left a vase, unfinished. There is a clamp hole in each end near the top. The base and the top do not belong to the stele.

First reported by Fabretti in 1699 near the second milestone on the Via Appia, Rome; Villa Carpegna, Rome, by 1699; Don Marcello Massarenti Collection, Rome, by 1894, [mode of acquisition unknown] [marble no. 61]; Henry Walters, Baltimore, 1902, by purchase; Walters Art Museum, 1931, by bequest.