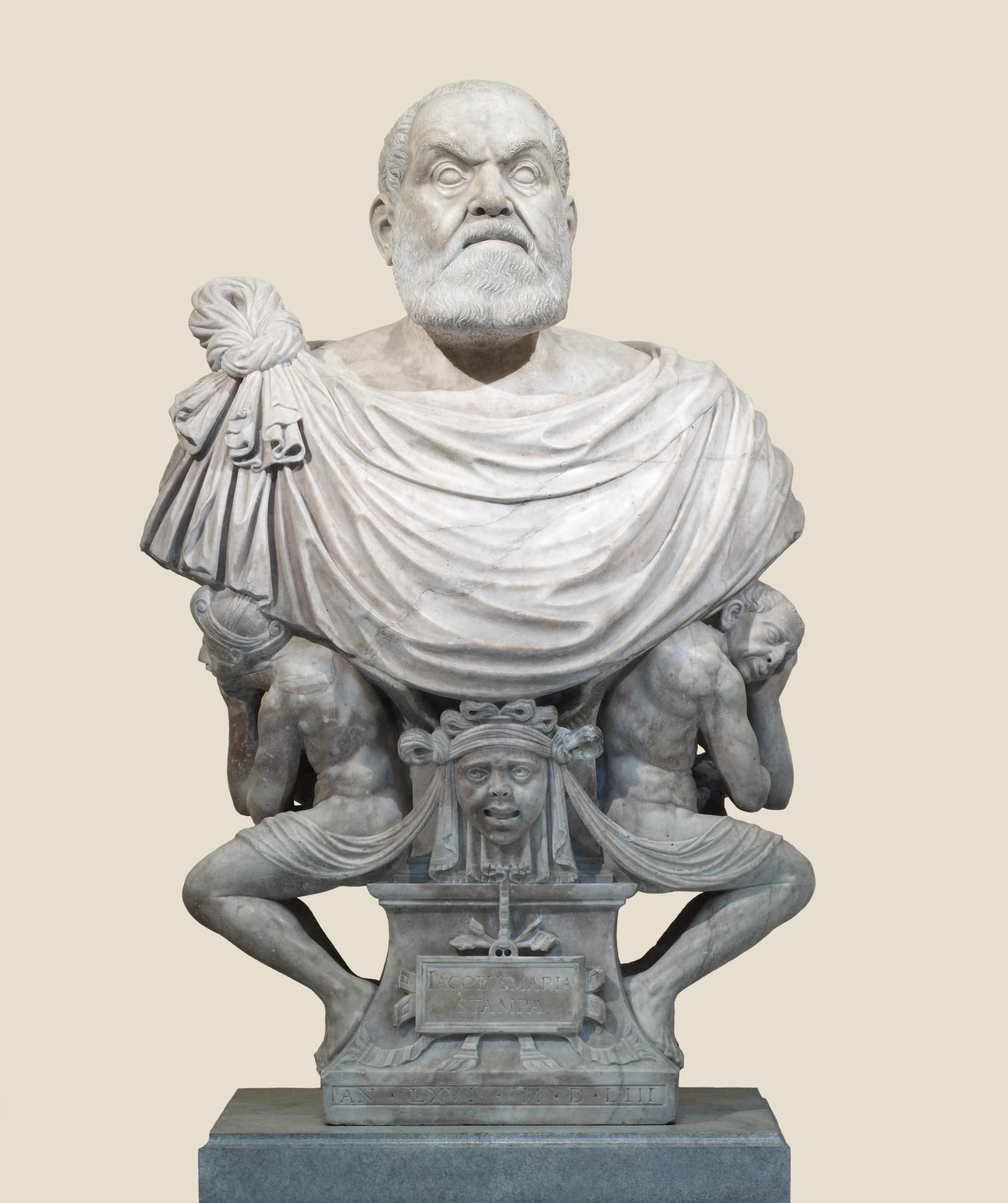 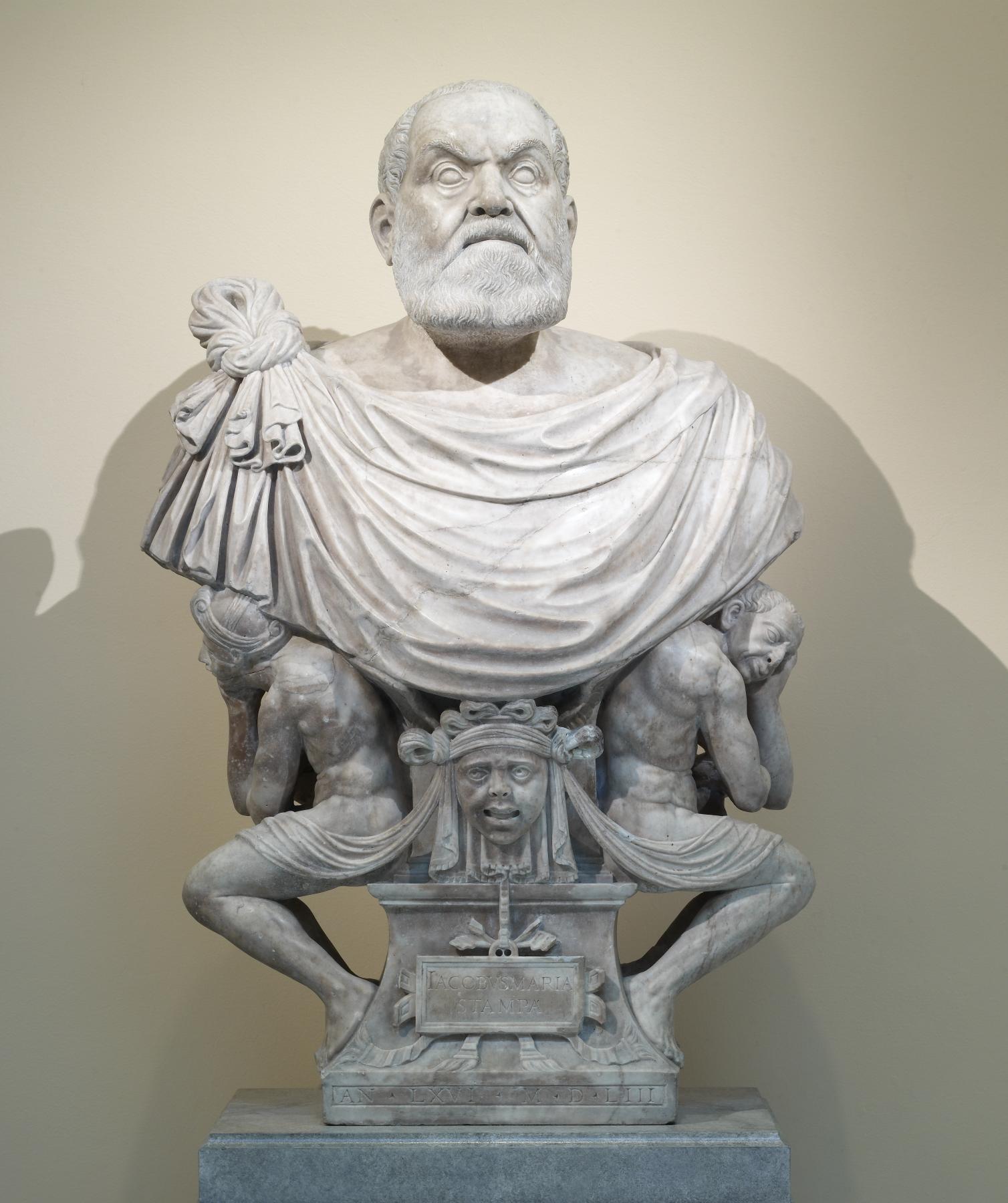 This piece is executed in the style of Leone Leoni, the most celebrated sculptor in 16th-century Milan. The stern expression and the realistic features of this impressive bust are appropriate for its sitter. Trained as a lawyer, Stampa (1487-1553) was made a judge in 1523 by the Spanish rulers of Milan, and later he became a senator. The senatorial rank is traced back to the ancient Roman Republic, and Stampa is depicted wearing a toga. The plaque dates the bust and informs us that the senator was 66 years old when it was made. It may be a commemorative work created just after his death. The enslaved figures supporting the bust testify to Stampa's authority. 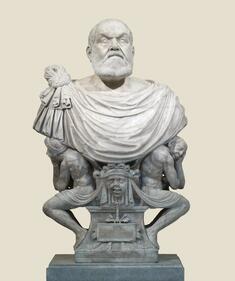