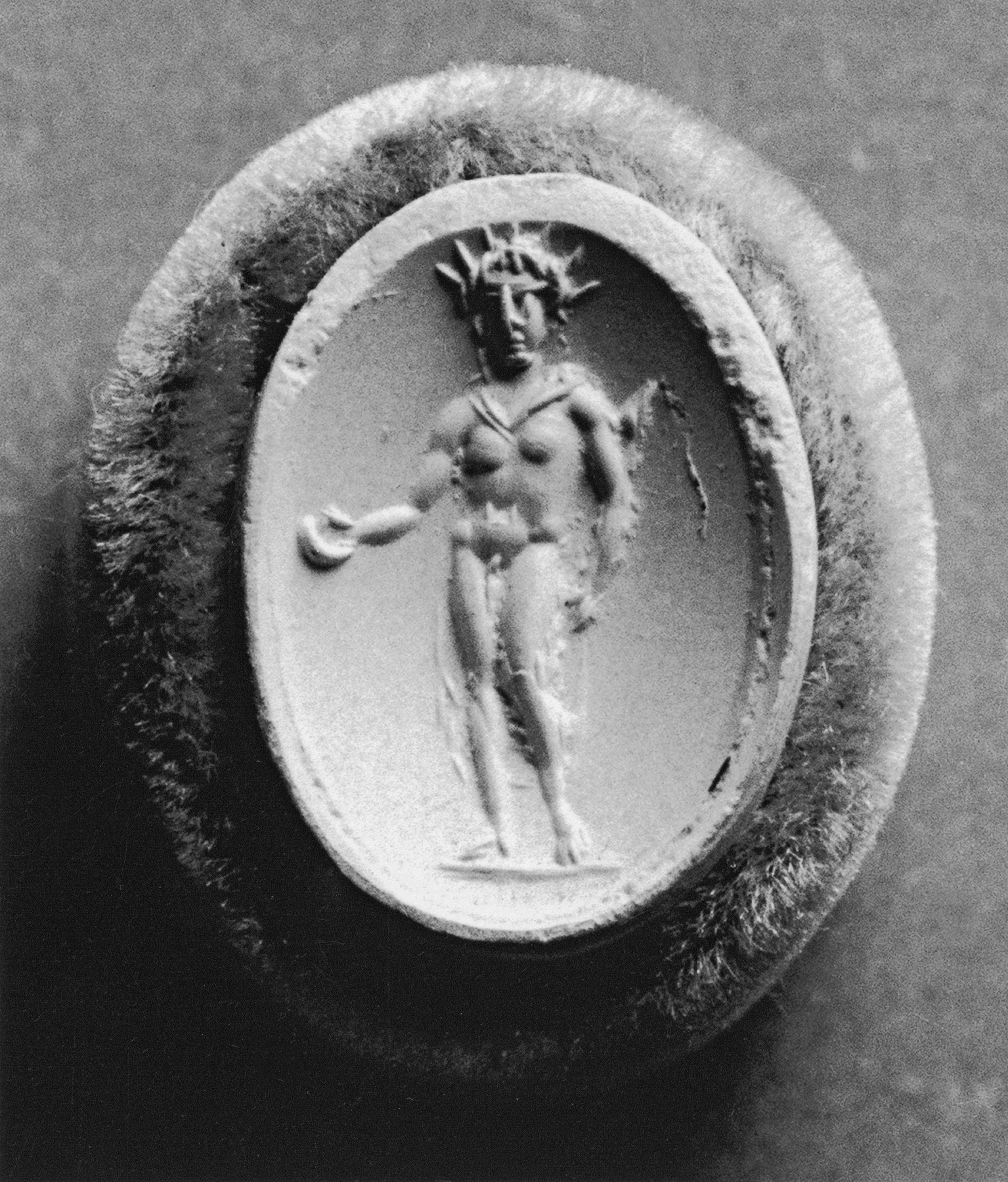 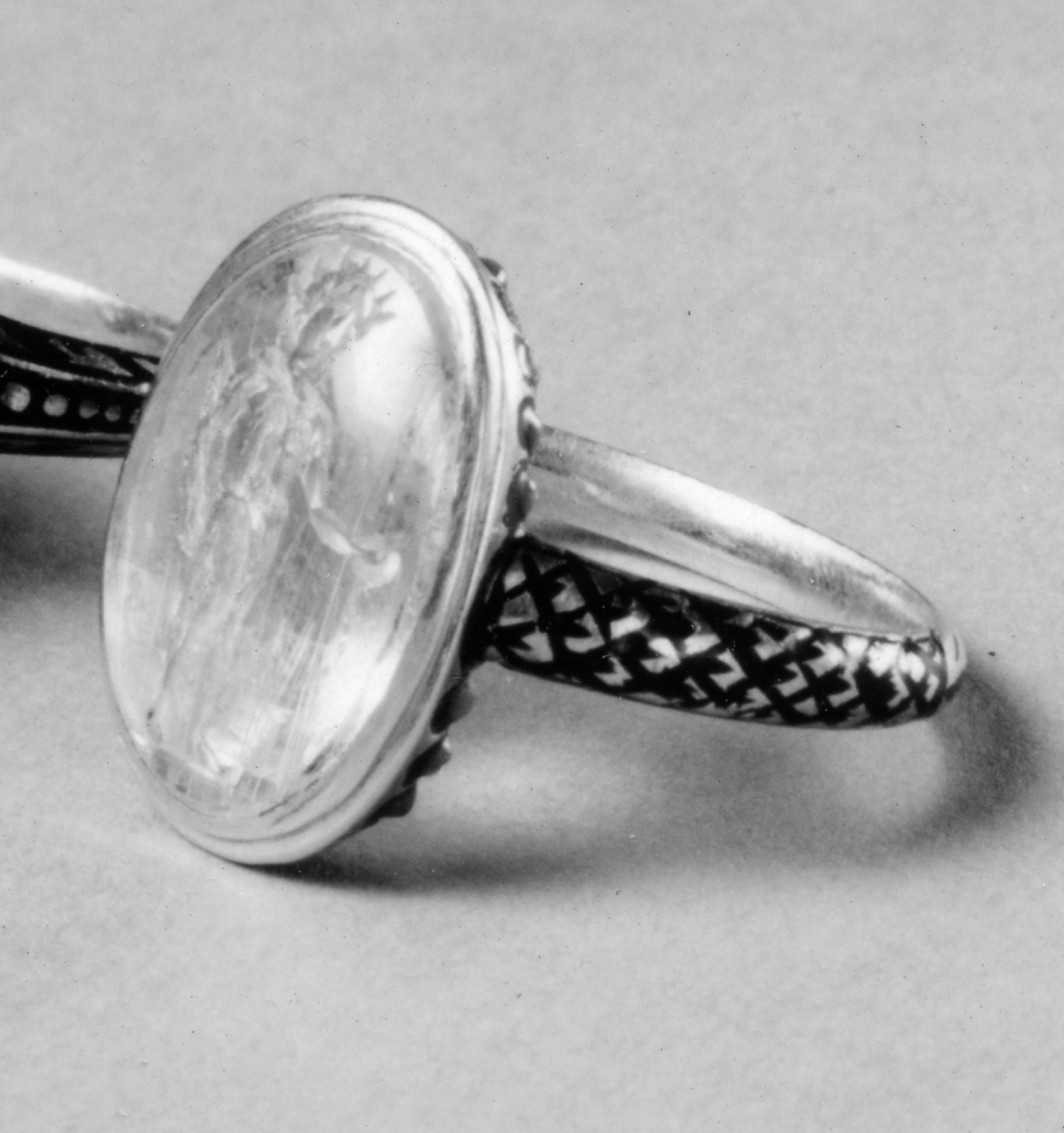 Intaglio with Helios Set in a Ring

This intaglio shows Helios, the sun god, wearing a radiate crown and a cloak fastened at his neck. He holds a patera in his right hand and a whip in his left. This gem belonged to Thomas Howard, earl of Arundel (1585-1646), one of the greatest collectors of antiquities in England and a friend and patron of Sir Peter Paul Rubens. The gem is encased in a 17th-century gold and enamelled mount.