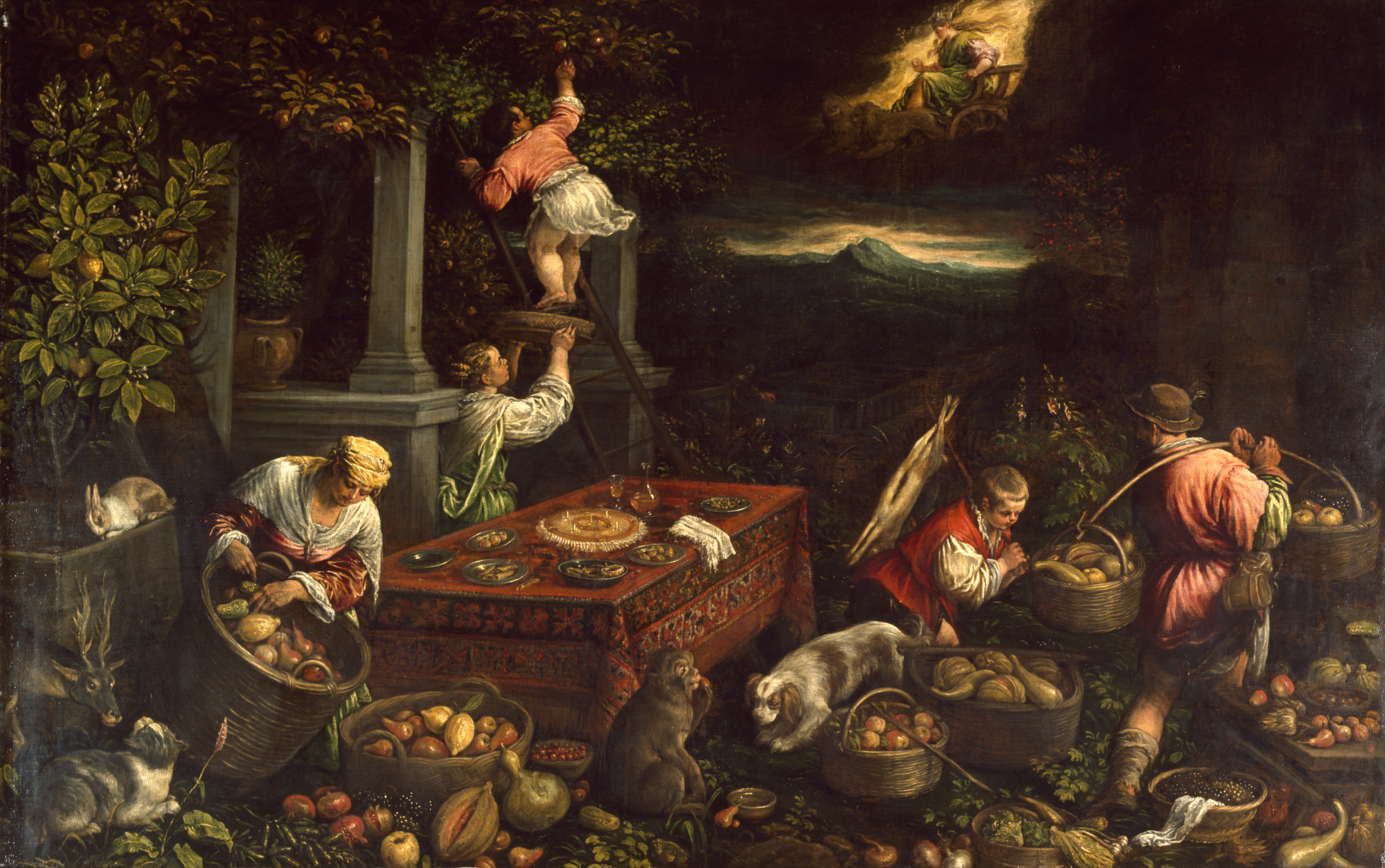 Allegory of the Element Earth

In the 16th century, the world was believed to consist of four elements: Earth, Air, Fire, and Water. Here, Earth (associated with the season of autumn) is symbolized by the abundance of nature's produce and by the small figure of Cybele, the ancient mother-goddess of earth and fertility, who rides across the sky in a chariot pulled by two lions.

This painting is a replica (an exact second version or copy painted in the studio) by Leandro after a work by his father Jacopo (ca. 1510-1592), who had produced a series of four paintings dedicated to the elements for a princely patron. The skillful handling of the oil paint, the bold chiaroscuro (modeling in light and shade), and the emphasis on rich colors are characteristic of Venetian painting of the period. The Bassano painters were famous for filling their canvases with a wealth of natural details that were pleasing to the eye.