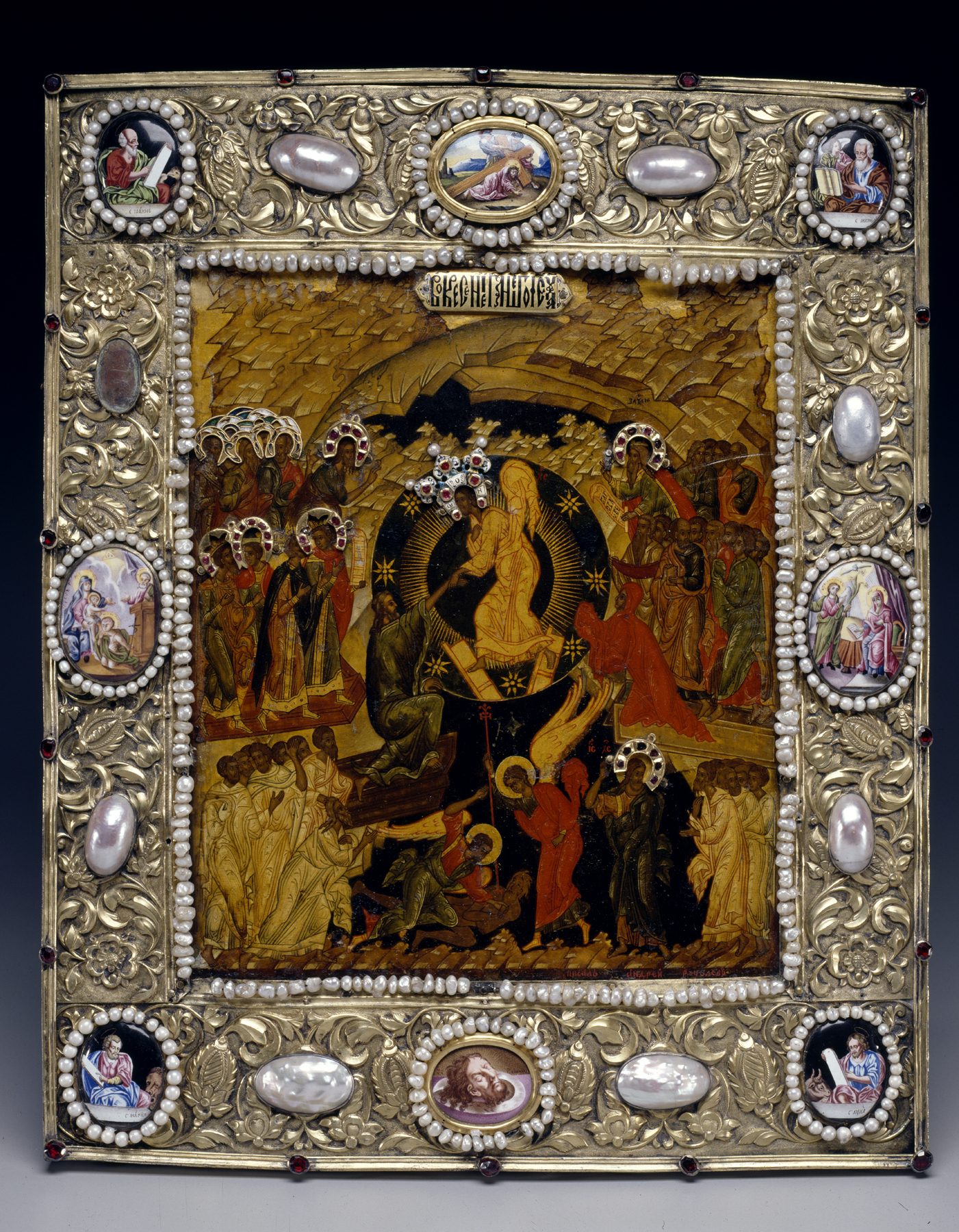 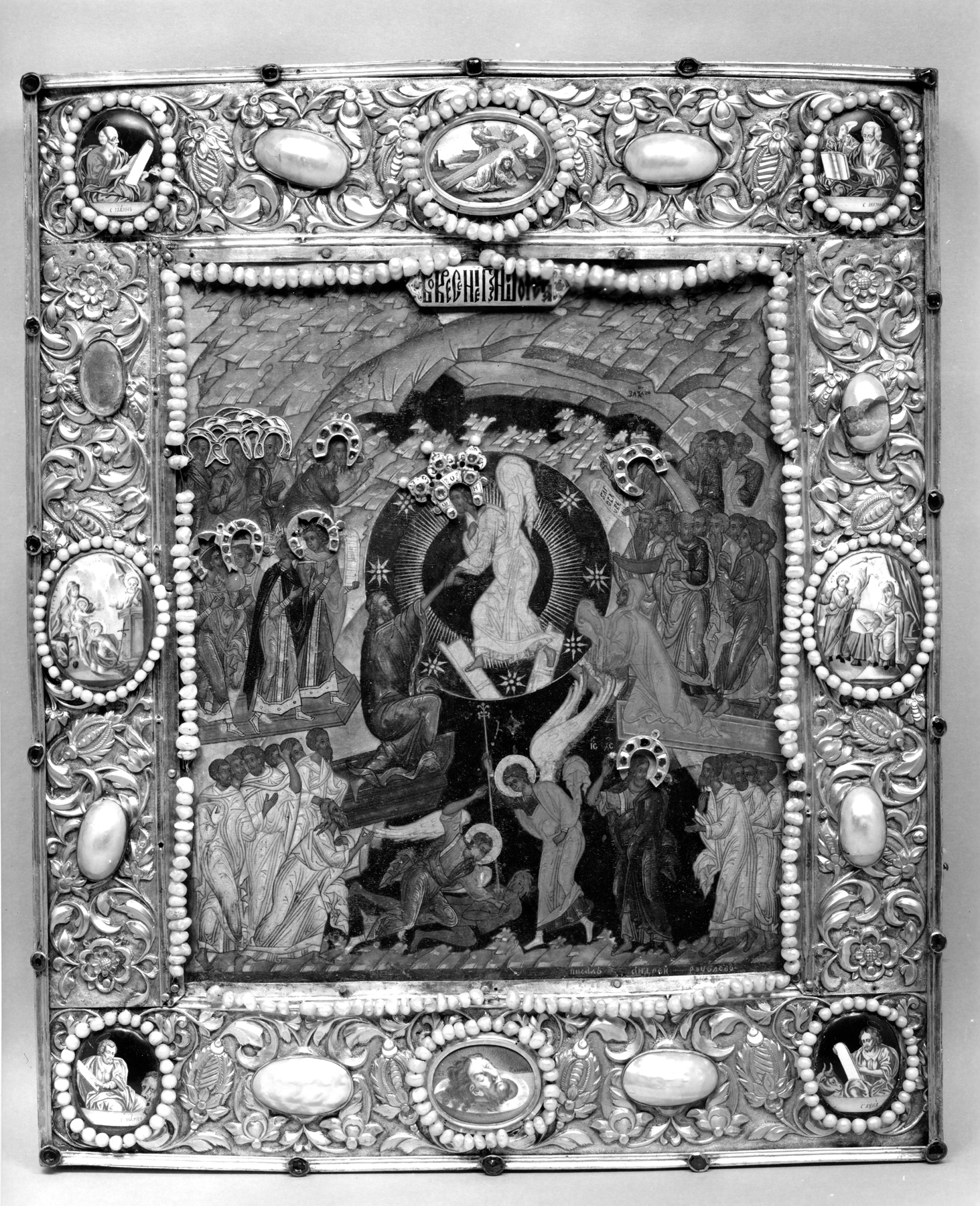 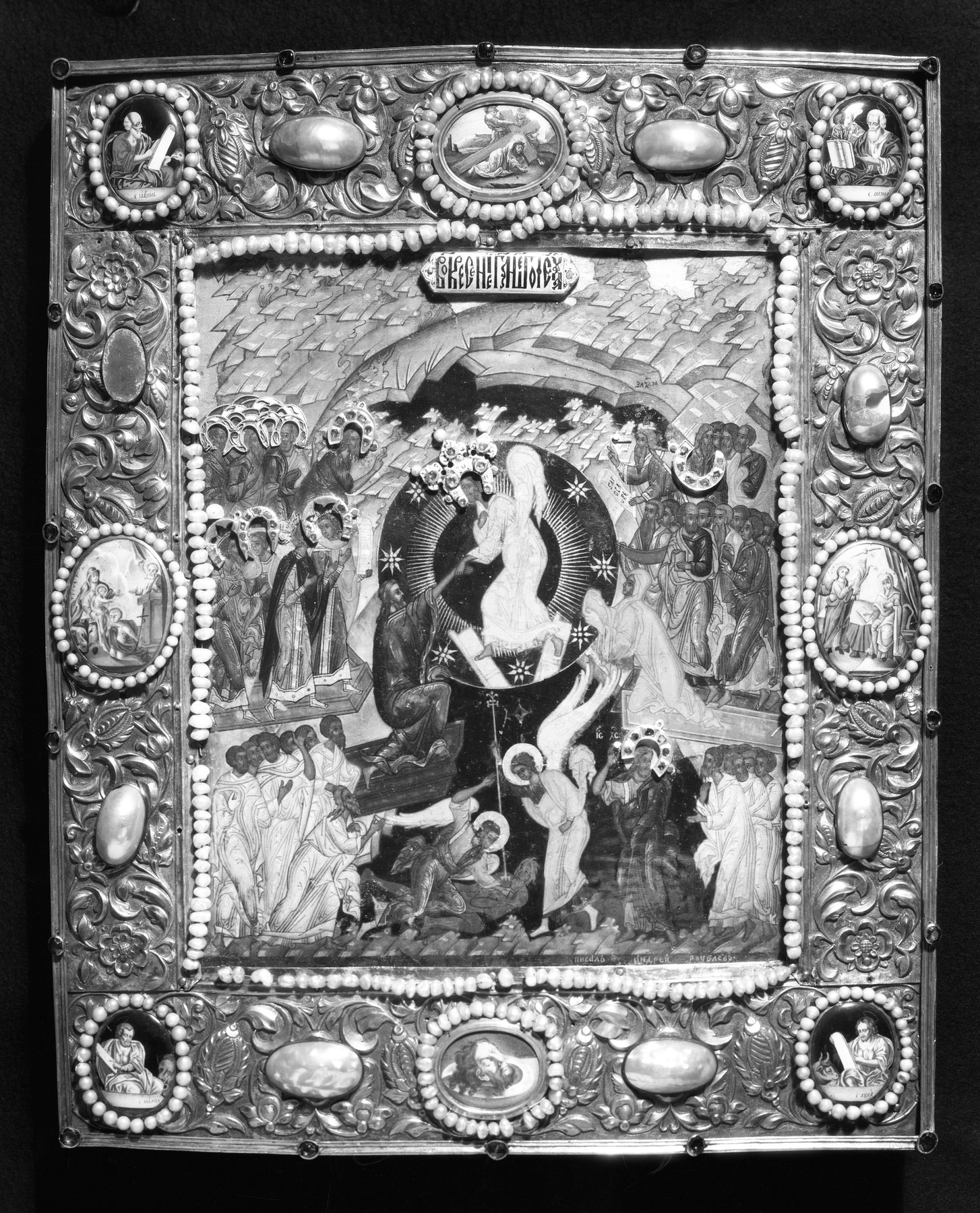 Icon of the Descent into Hell

The composition of this icon is known as Anastasis, or the Harrowing of Hell, and it is the traditional iconographic representation of the Resurrection. Christ, standing on Hell's broken gates, pulls Adam and Eve out from their tombs, with crowds of Old Testament kings and other biblical figures behind them. The crowned figure on Christ's left is Zachariah, holding a scroll that reads, "Blessed is..." Christ appears again at the bottom of the frame, leading a group of souls out of Hell as angels beat down hapless demons. The icon is painted in the style of the 16th or 17th century, and a spurious "Andrei Rublev" signature (likely added later) tries to pass it off as even older.

The gilt metal frame is studded with painted enamels whose European style clashes somewhat with the dimensionless, traditional style of the icon. At the corners are the four evangelists, each with the apocalyptical beast with which he is associated. The other enamels show the Carrying of the Cross, the Annunciation, the severed head of John the Baptist, and the Holy Family with a toddler John the Baptist. Strings of river pearls and large mother-of-pearl "stones" also decorate the frame or "oklad." Such a real pearl border was recalled in later enamel "oklads" by means of white enamel dots.