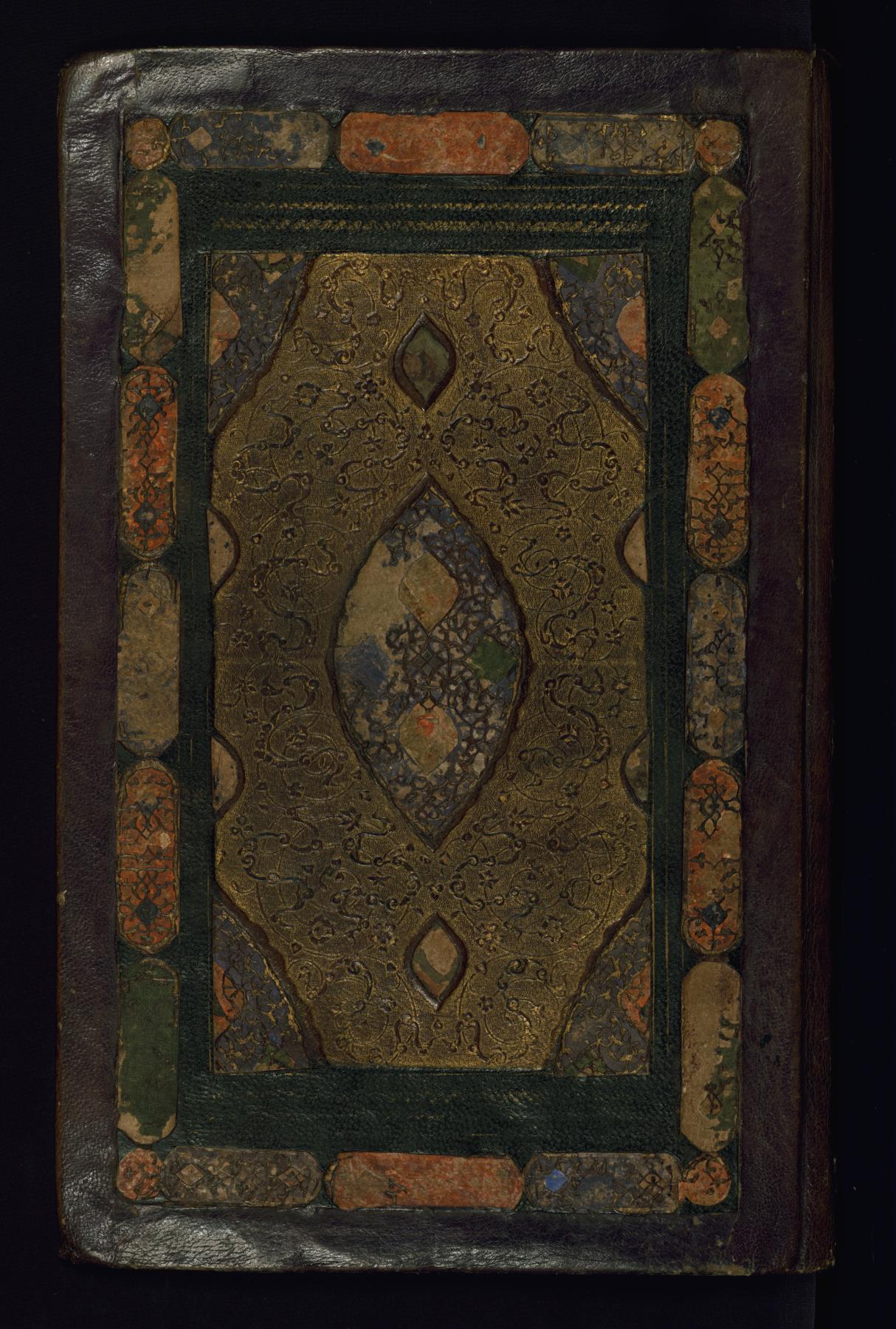 Two Poetical Works: Yusuf and Zulaykha and Mihr and Mushtari

Walters manuscript W.645, this illuminated and illustrated Safavid manuscript, executed in Safavid Iran in the 10th century AH/AD 16th, contains two poetical works: Yusuf va Zulaykha by Nur al-Din Jami (died 898 AH/AD 1492) and Mihr va Mushtari by Muhammad ibn Ahmad "Assar Tabrizi (died 784 AH/AD 1382). The 2 texts can be read side by side on the same page, either written horizontally or obliquely. There are 4 paintings illustrating the text (fols. 58b, 91a, 159a, and 180b). The brown leather binding with dentelle-style decoration in multi-colored filigree work may date to the 10th century AH/AD 16th, although it is unlikely to be original to the manuscript. 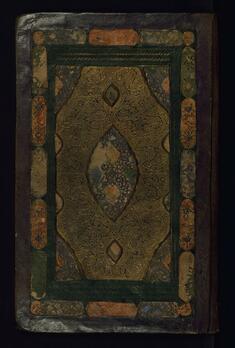 Binding from Two Poetical Works: Yusuf and Zulaykha and Mihr and Mushtari

The Wedding Festivities of Yusuf and Zulaykha 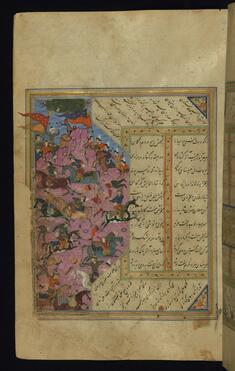 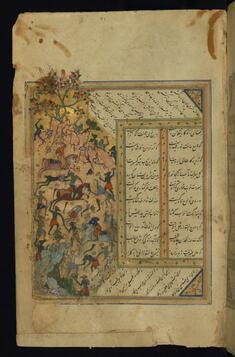 Mihr and his Friends Slaughter Dog- and Wolf-headed Cannibals 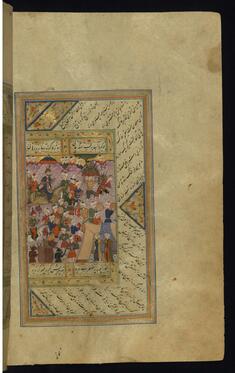 The Vizier of Egypt Comes to Meet Zulaykha 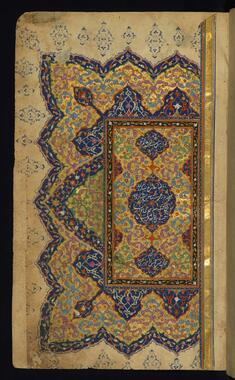