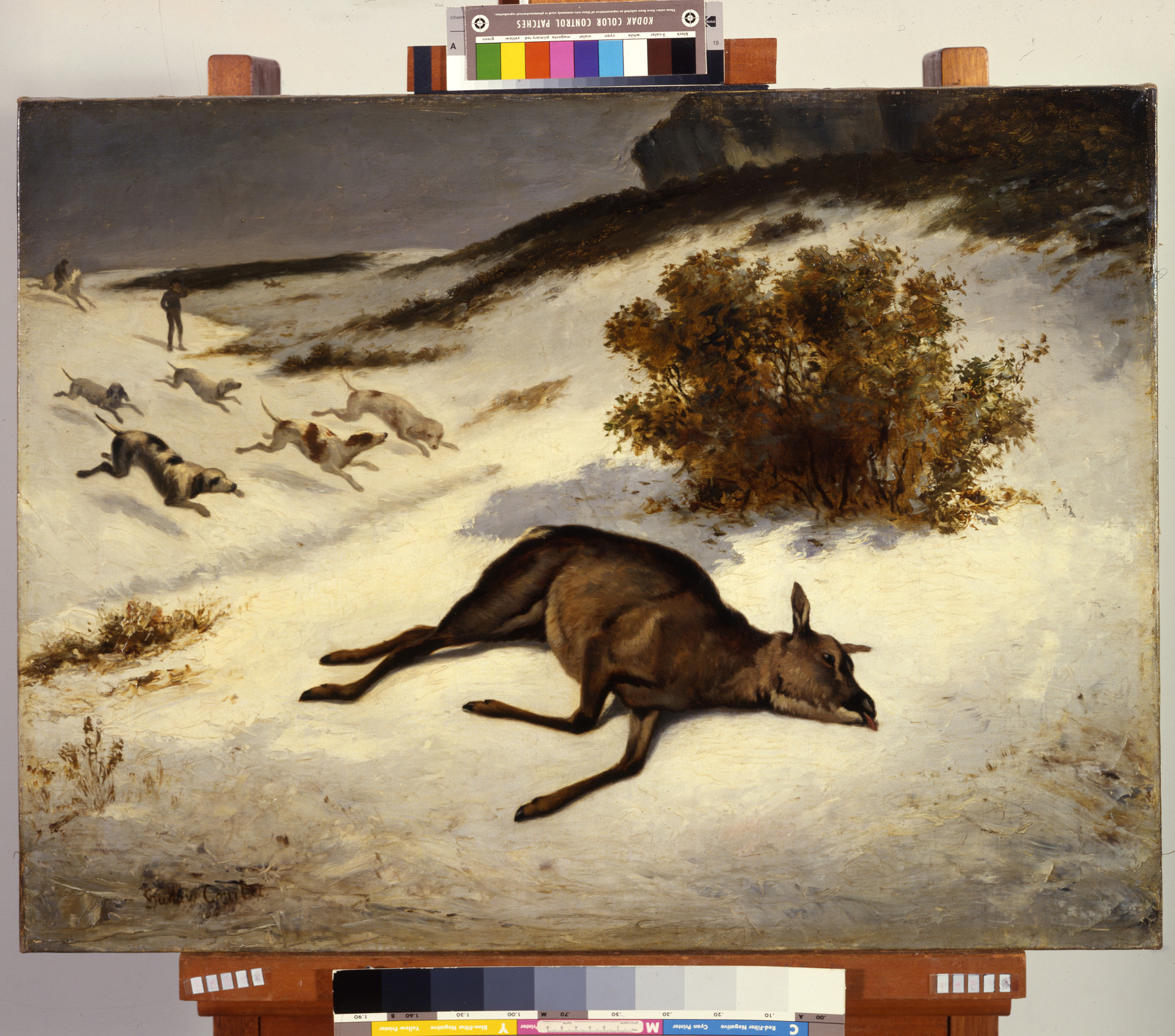 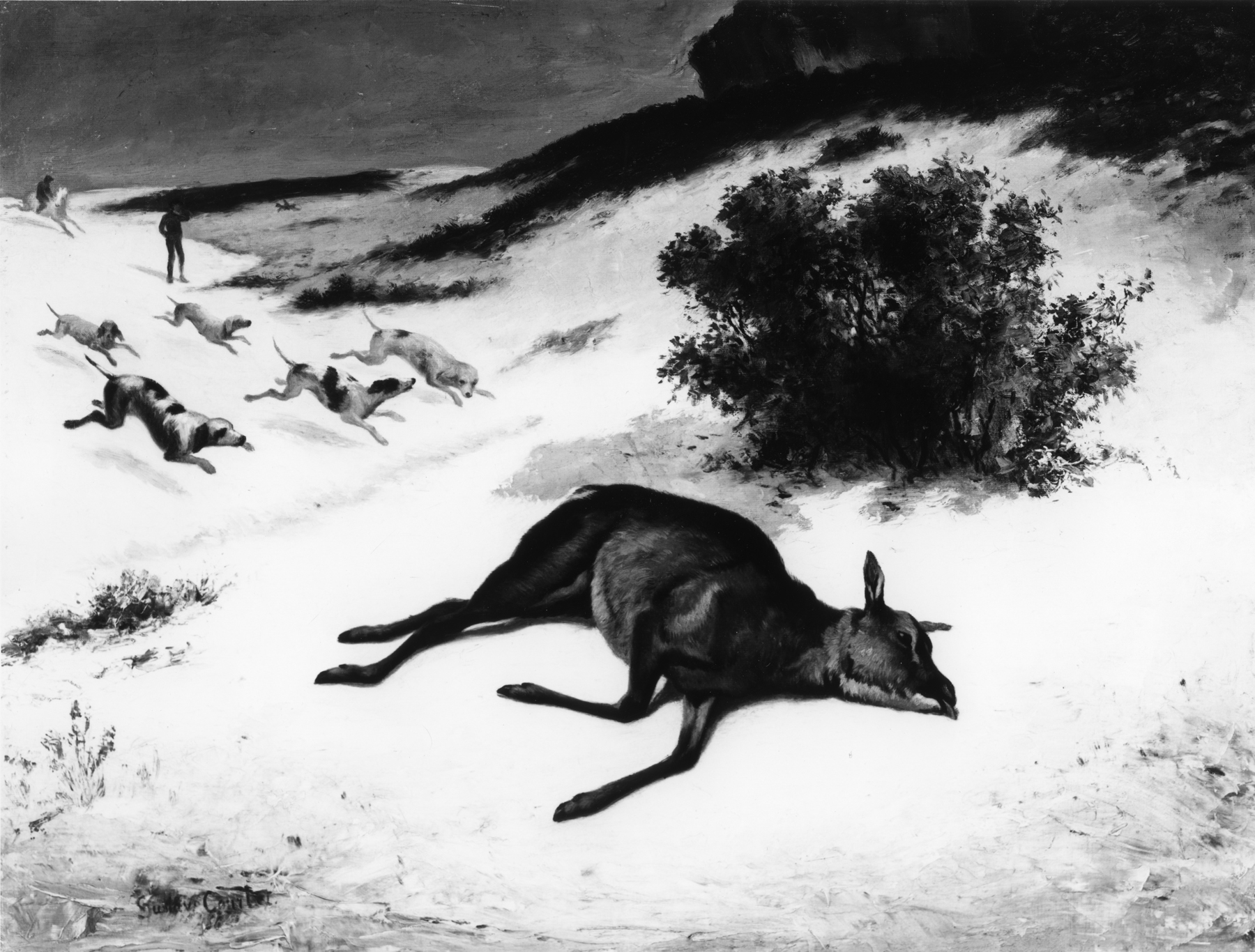 Hind Forced Down in the Snow

In the 1857 Salon Courbet showed his celebrated "Hind Forced Down in the Snow," (92.5 x 147 cm). Though the artist was an avid hunter, the painting probably doesn't record a specific incident since hunting in the snow had been outlawed thirteen years earlier.

This painting freely replicates in reverse the 1857 work, its principal difference being the diminution of distance between the deer in the foreground and the figures in the background. Courbet is known to have done reverse studies of some of his major compositions, including "The Stonebreakers" (1849), formerly in the Dresden Gemäldegalerie. In a study of 1857, "Chevreuil mort," Oran Museum, Courbet portrayed a fallen doe facing the same direction as in our picture. The positioning of the animal's limbs and ears differs, however, from that in the 1857 Salon painting and in this version.

After an examination of this painting in 1972, Robert Fernier concluded that it had been produced by a follower of Courbet, who adopted the master's technique of applying the pigments with slashing strokes of the palette knife, and that it was based on Armand Gautier's lithograph of the 1857 picture published in reverse that year in "L'Artiste."