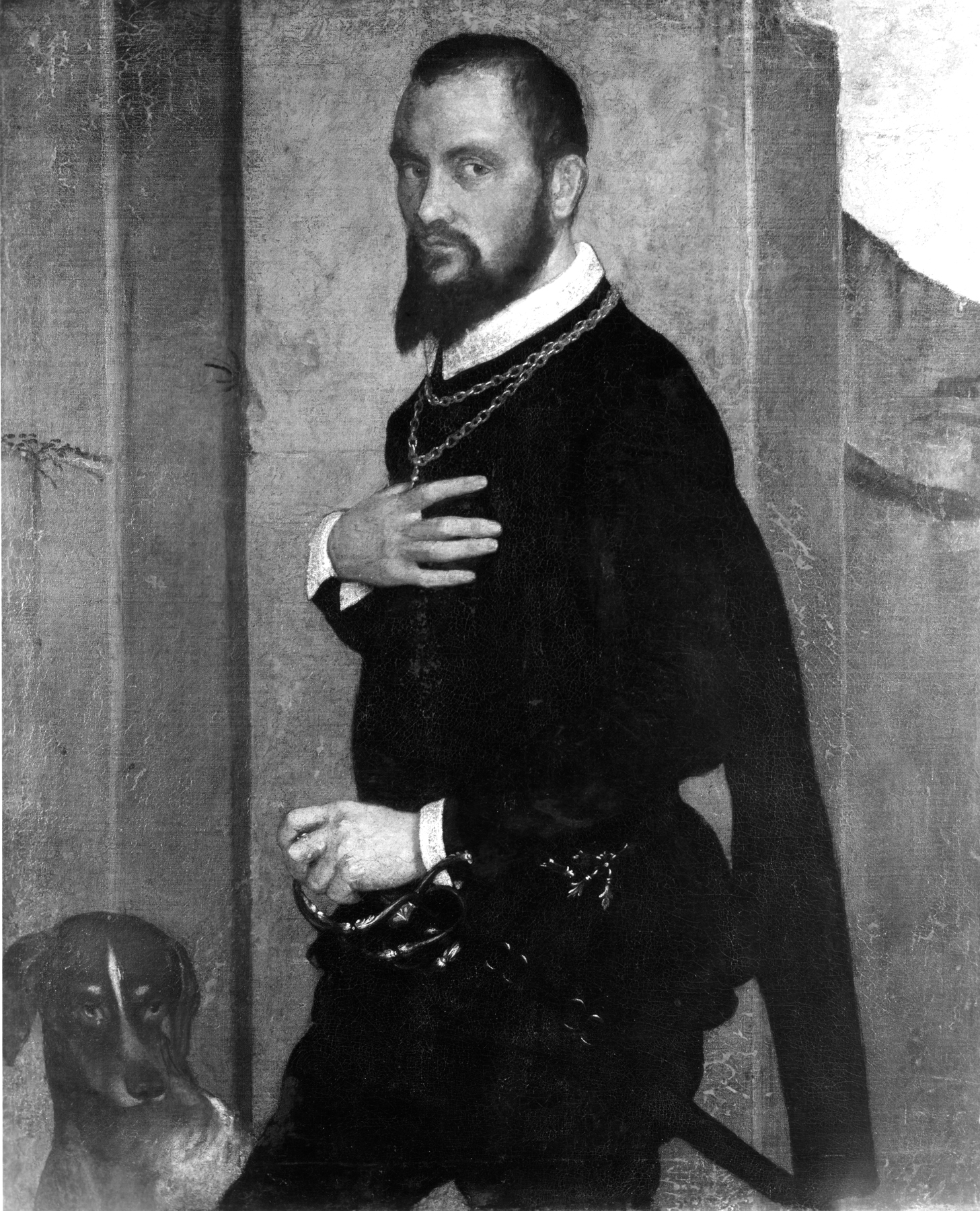 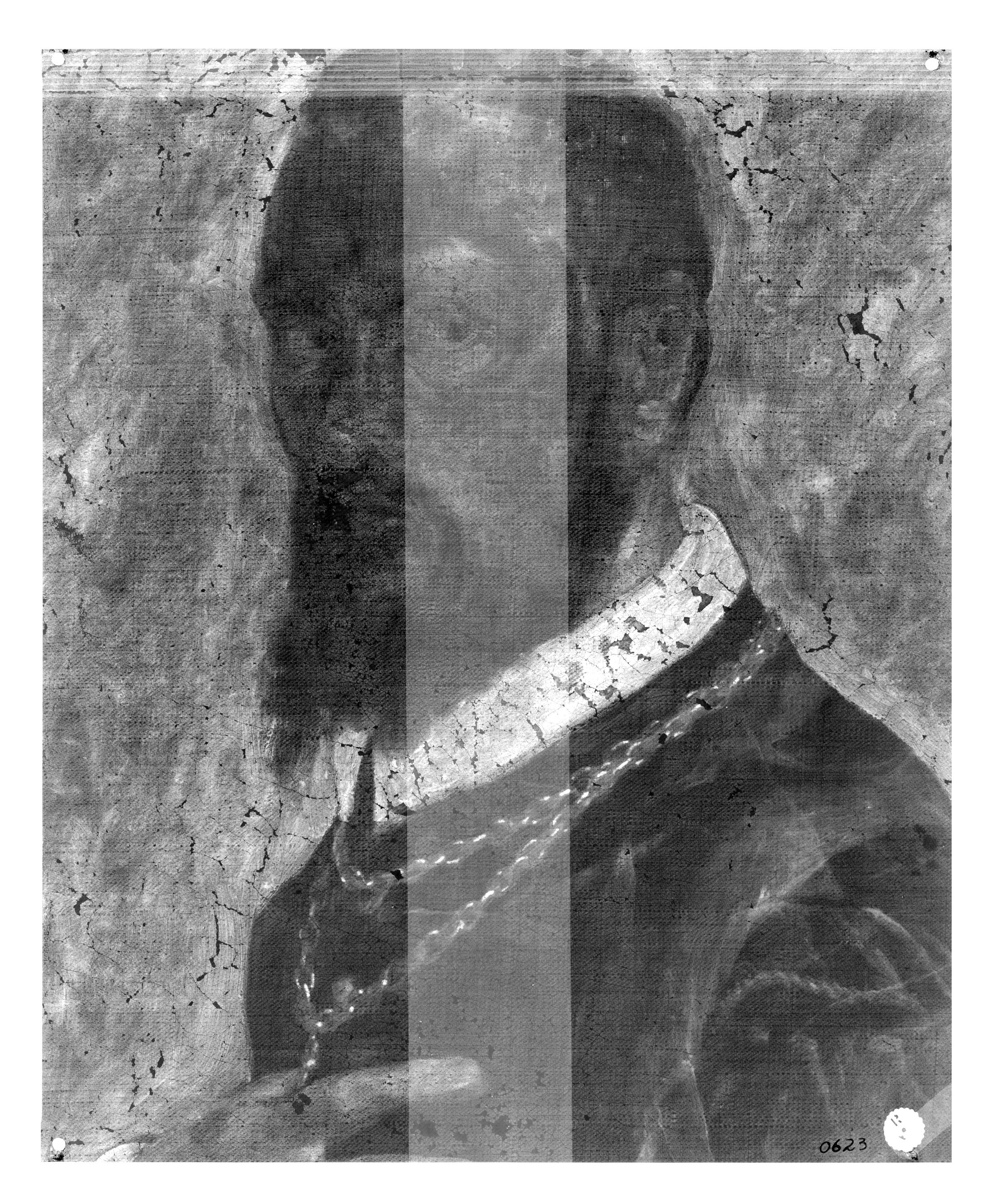 Portrait of a Gentleman with a Dog

The surface of the painting has suffered significant damage and limited research has been carried out on the painting. Originally it was likely a fine portrait.
The sitter is unknown but likely a member of a noble family of Begamo, the northern Italian city with which Moroni is associated. By the mid 1500s, it was quite common for a nobleman to be accompanied by a hunting dog, more as an indication of a classic noble pursuit than as an object of affection. As the nobleman is posed in left profile, his most striking attribute is his swept-hilt rapier (sheathed) in the newest style and probably made in the region. Although there appears to be a pendant weighing down the gold chain round his neck, he covers it with his right hand. This curious gesture simply calls attention to the fact that he is shielding something from our view. His pose turned to our left and looking back, in front of what appears to be a pier on the left side of a semi-circular, empty niche in ruins can be compared with the Portrait of Giovanni Gerolamo Grumelli (with a more fully-articulated setting) dated 1560 in the Palazzo Moroni, Bergamo. A similar backdrop was used for several of his portraits.

The technical status of the painting, as described in Federico Zeri, Italian Paintings in the Walters Art Gallery (Baltimore 1976) no. 297, has not appreciatively changed.

[Label] Paper label on stretcher: MORONI/743; [Inscription] On stretcher: unidentified coat of arms between the words DOGANA and ITALIANA with the word MERCI above