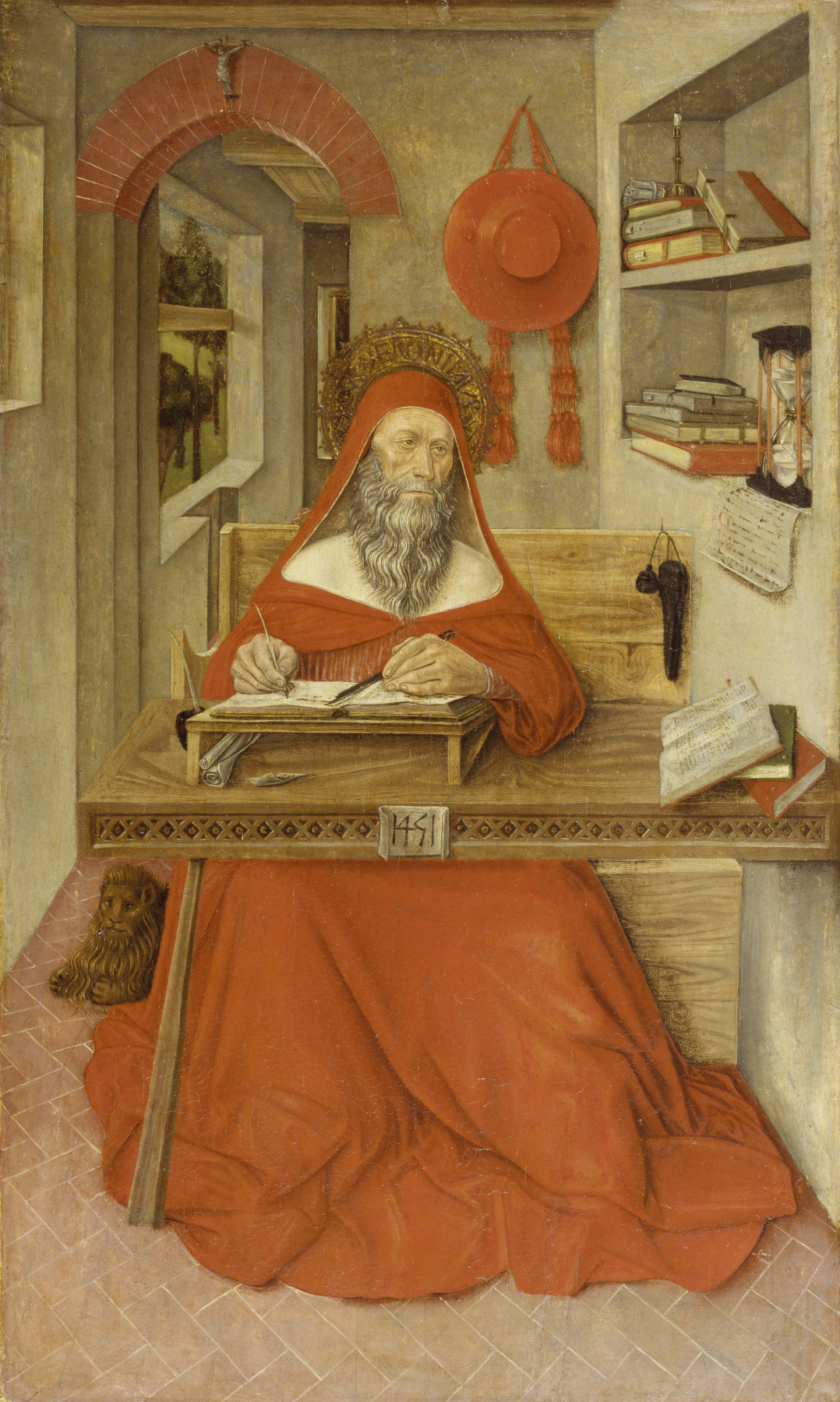 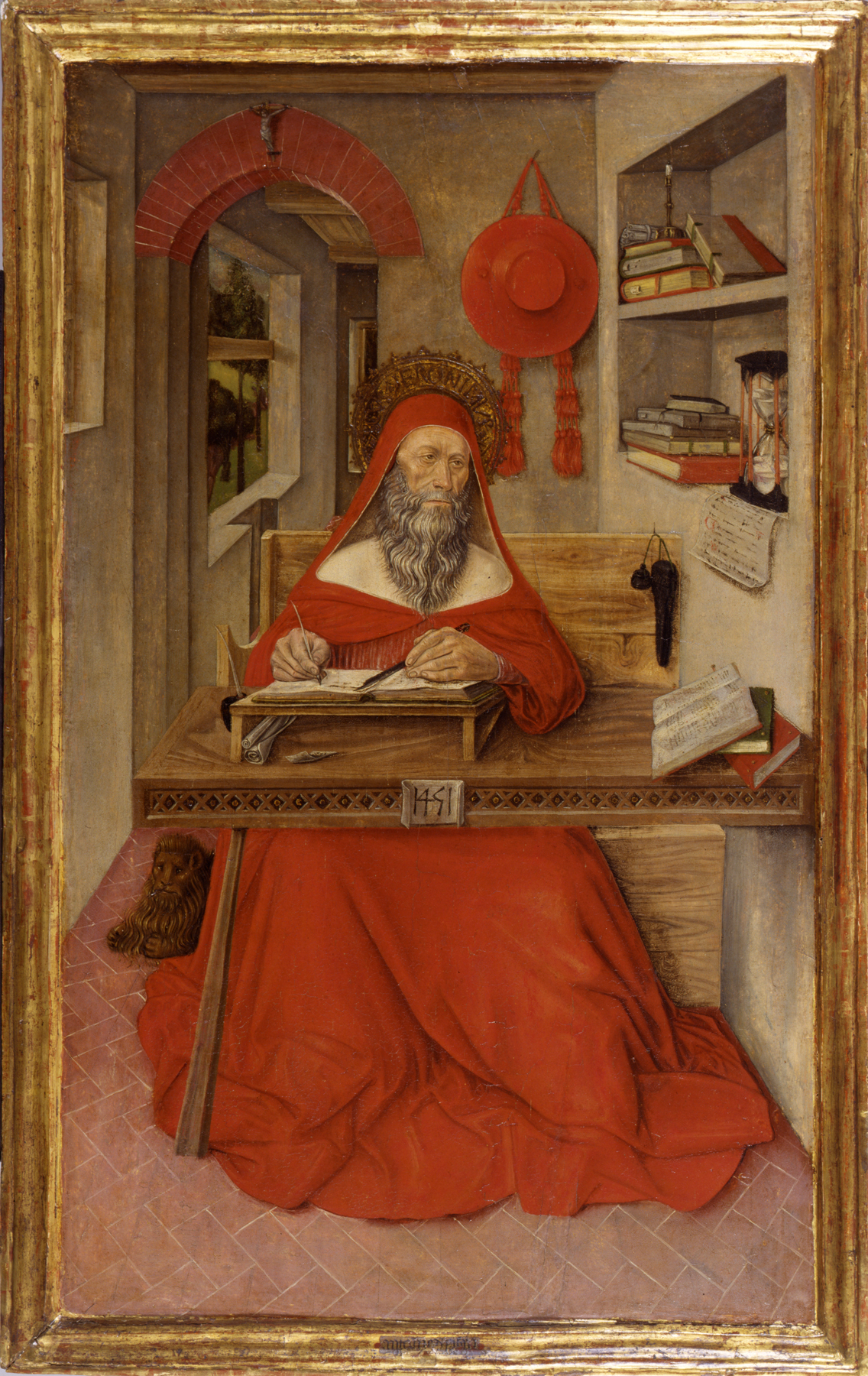 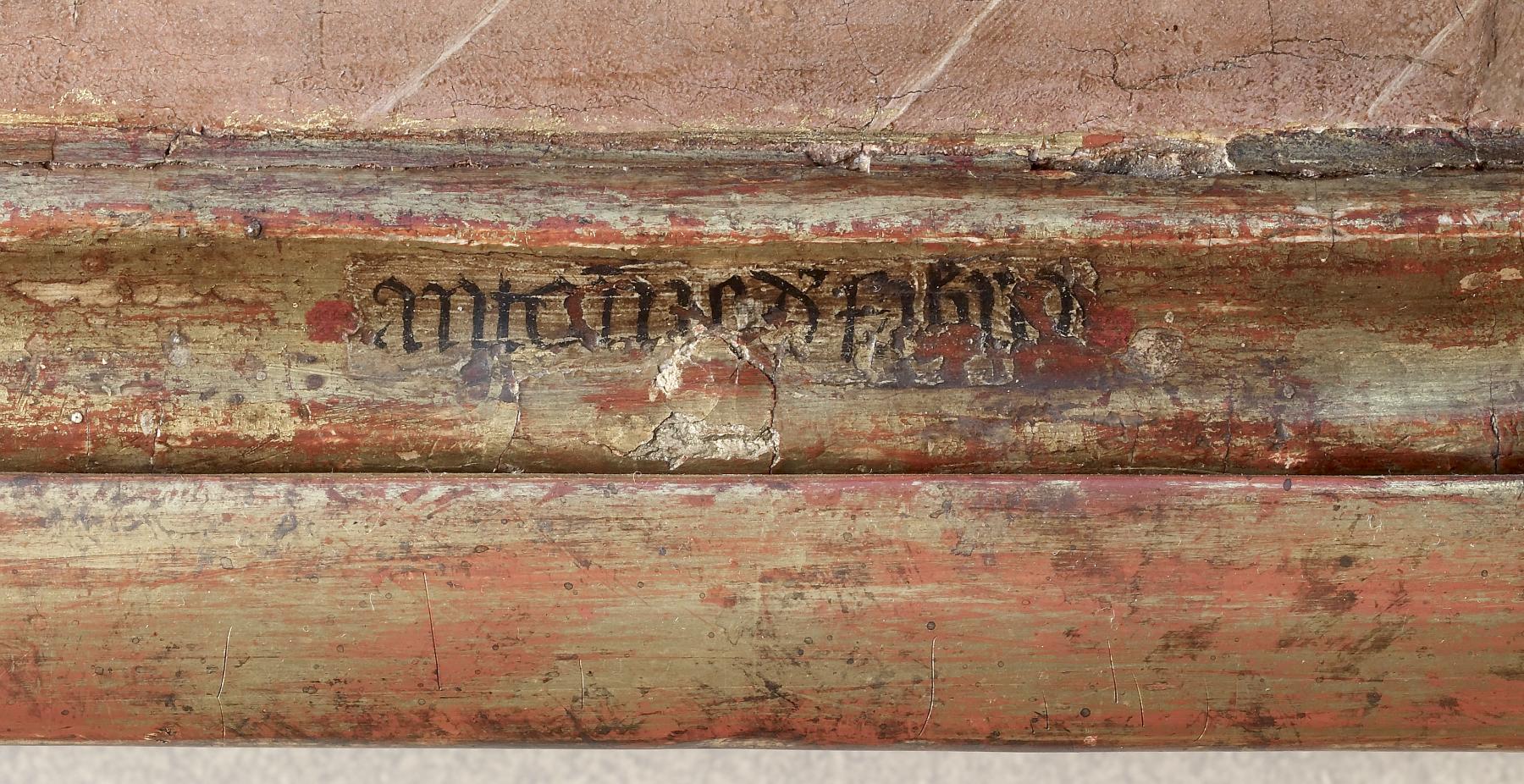 Saint Jerome in His Study

Saint Jerome (ca. 347-420 CE) was one of the four Latin Fathers of the Church (the others being Saint Augustine, Ambrose, and Gregory the Great) and renowned for his learning, distilled in his translation of the Bible into Latin. The image of the saint in his study was popular during the 1400s, especially with scholars and men of the Church.

He is shown here at work on his translation in his austere cell at the monastery he founded in Bethlehem in the Holy Land, as Europeans then referenced what is now Palestine. His cell appears to consist of two rooms, separately by a doorway with a gracefully peaked arch, the recession articulated by two irregularly placed windows in the left wall and one on the rear wall of the further room. The floor tiles are laid in a zigzag pattern that was common in many parts of Italy then and indeed, now. Viewers are surely intended to feel that they are standing at the door of the cell, hoping to engage the saint's attention. The writing implements, scrolls, and manuscripts testify to Jerome's scholarly pursuits. The sandglass and dying candle allude to the passage of time and remind the viewer that life is short. According to legend, the saint removed a thorn from the paw of a wild lion, which became Jerome's companion, here shown as a household pet. Jerome was honored as if he were a cardinal of the Church (though in fact he was not), and a cardinal's red hat hangs prominently on the back wall.

The artist's delight in realistic detail that attracts the eye to dart around the scene much as one would if actually entering such a space (and therefore replicate the experience of an actual encounter) shows that the artist was one of the first in Italy to be influenced by Netherlandish painting. Inscribed on the piece of paper seemingly tacked to the saint's desk: 1451, highlighting the date in a way that suggests it was particularly significant to the commission.. Inscribed on the original frame, lower center: ANTONIO De FABR[IAN]O; Inscribed on the saint's halo: SCVS. JERONIMUS