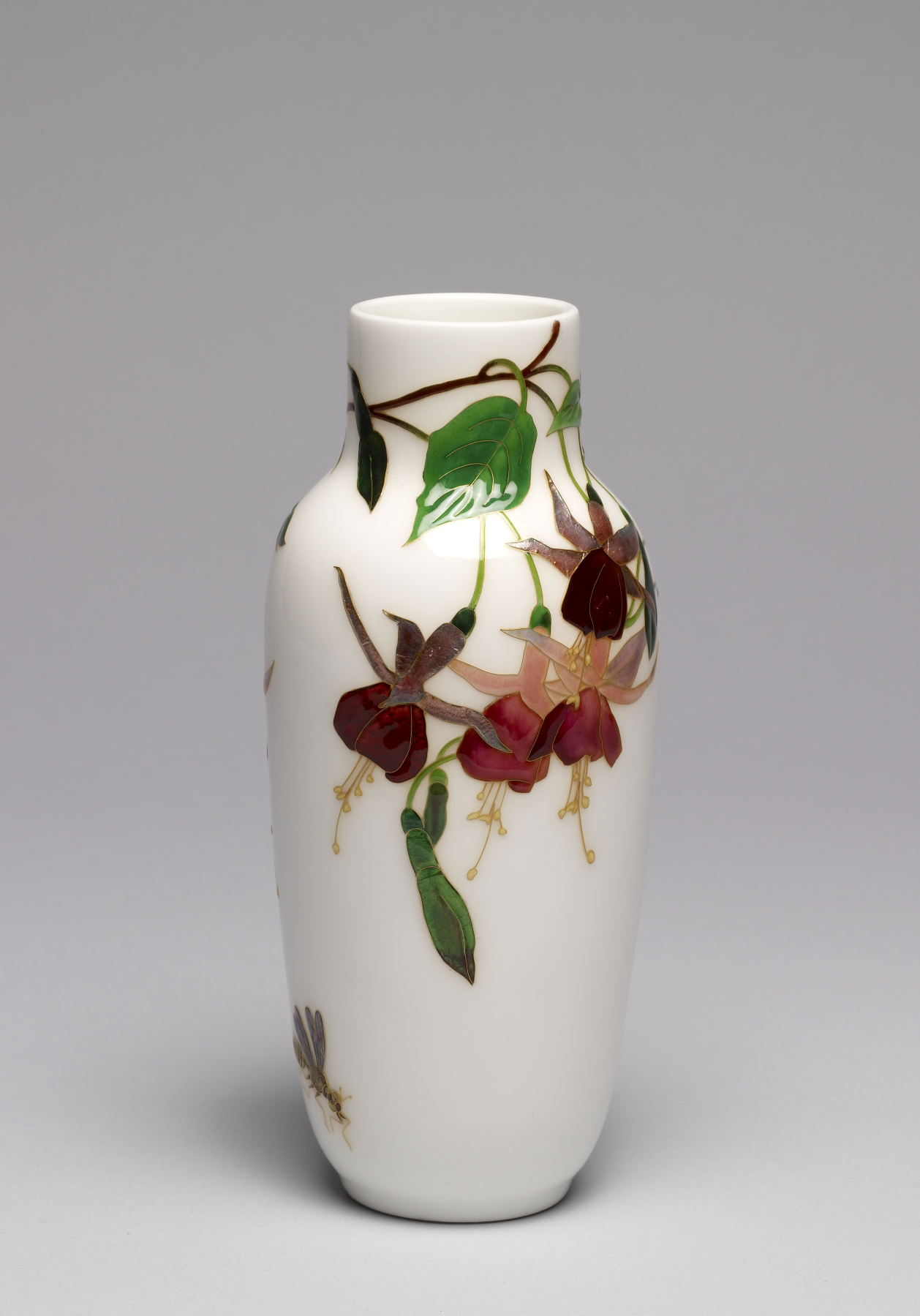 At Sèvres in the early 20th century, the enameller André-Fernand Thesmar (1843-1912) introduced translucent enamels set in gold cloisons, or compartments with gold foil backings. Because of its attractive, milky white color, he revived the use of the soft-paste, or artificial, porcelain of the 18th century. This vase, which is identical in its naturalistic style and enamel technique to the work of Thesmar, is inscribed in gold with the signature "Lerosey," who has not yet been identified. The porcelains decorated in the the 1890s at the Lerosey studio, 11 rue de la Paix, Paris, are painted, not enameled. Another fuschia vase, by Thesmar, made at Sevres in 1907, is in the Musee d'Orsay (OAO 213).