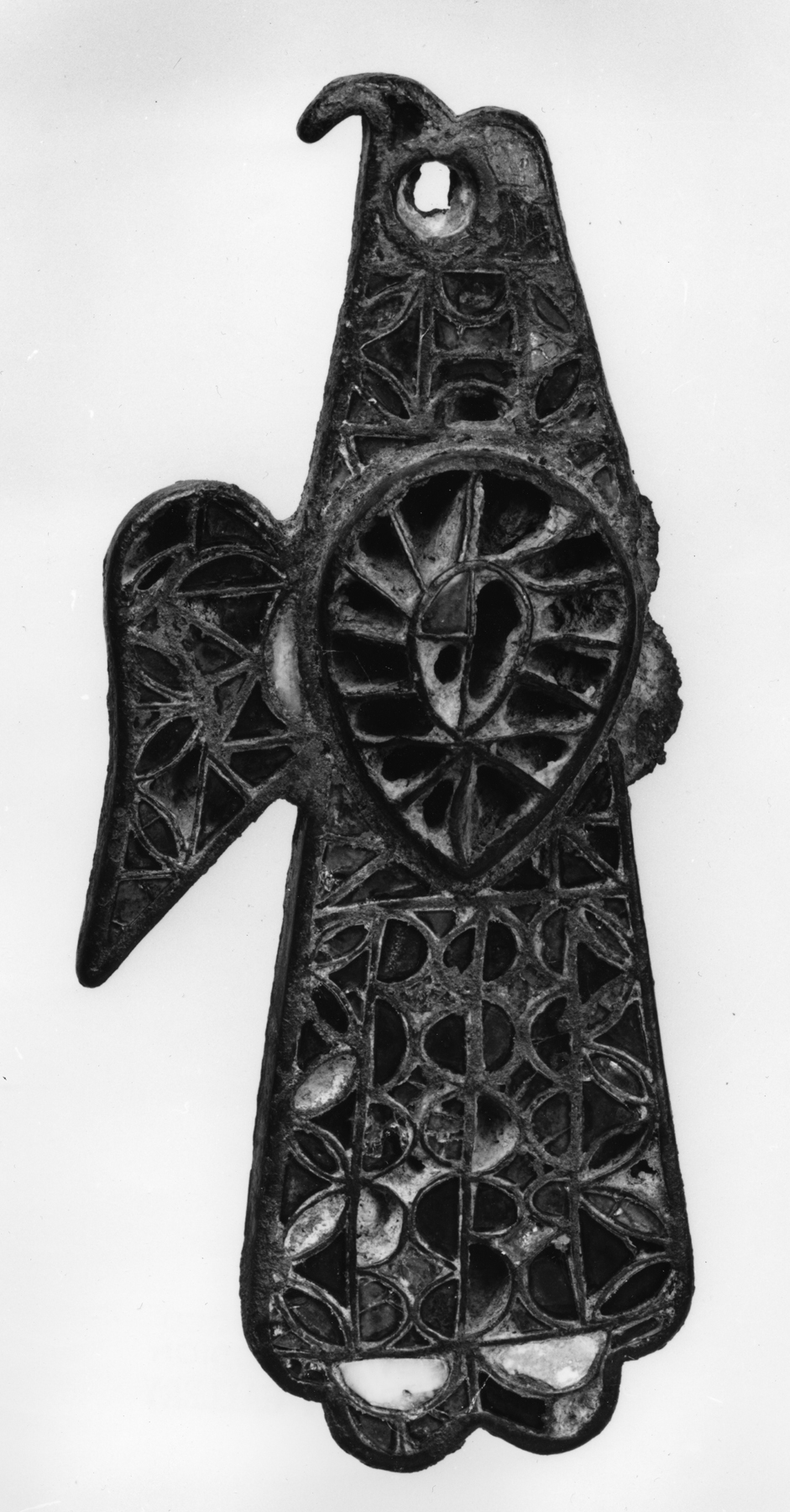 Impressive Visigothic "fibulae" (pins) such as this one shaped as a stylized eagle looking skyward were worn in pairs at the shoulders. The "fibula" is studded with garnets and other semiprecious stones separated by thin gold filaments forming compartments (a technique known as "cloisonné"). The metal beneath the gems is cross-hatched to increase the refraction, and therefore the brilliance of the gems. Similar examples show that the tails were originally decorated with pearl pendants. The eagle was one of the most popular design motifs of the Migration period and was especially favored by the Goths.