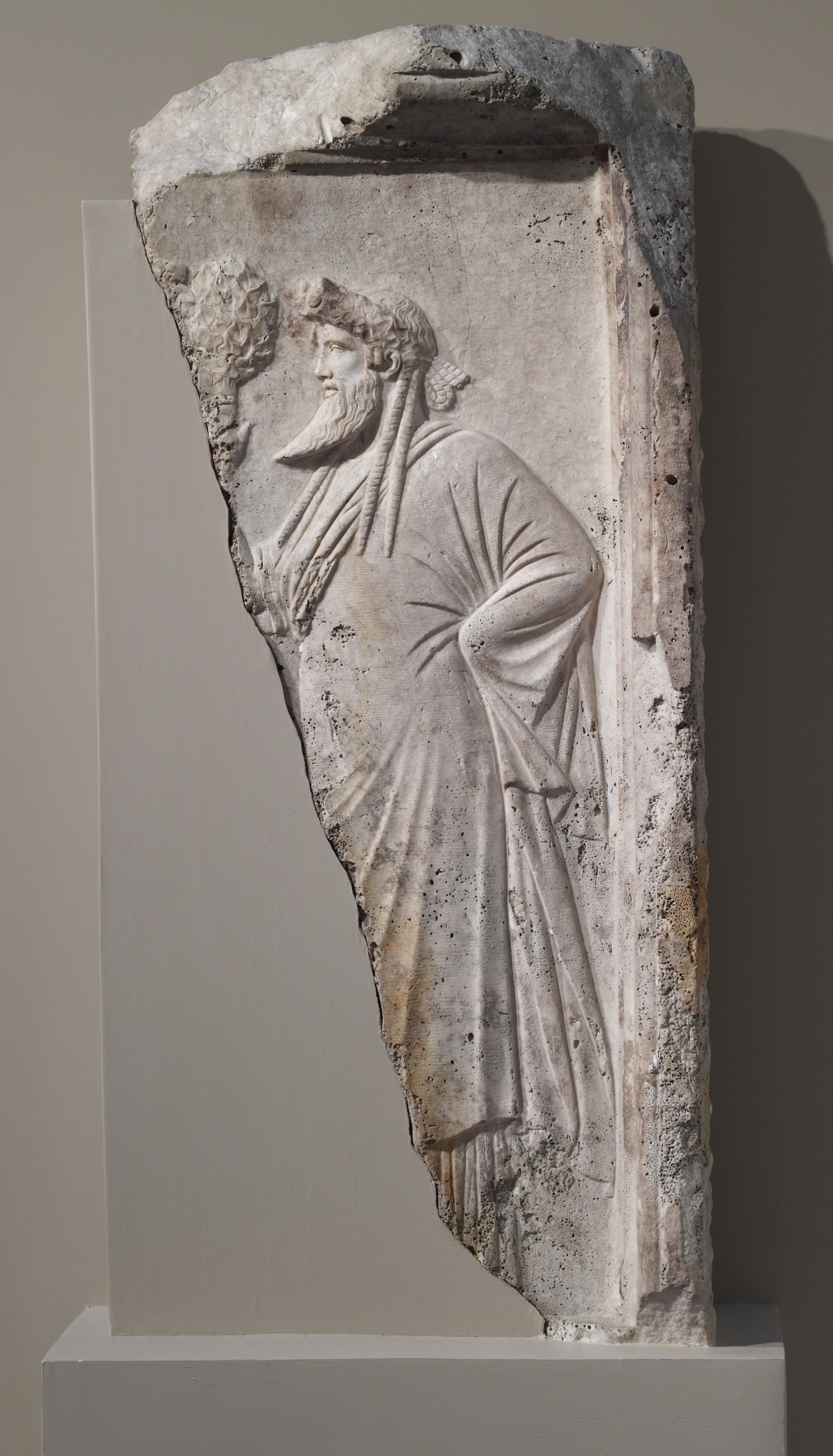 Dionysus is seen in profile, tightly wrapped in his voluminous mantle, with his covered left arm bent and resting against his hip. He holds his scepter-like attribute in his right hand. His hairstyle, with two tight curls falling in front of each shoulder, and his curved, pointed beard are distinctly Archaistic. Numerous versions of the figure have been found in both marble and terracotta, often grouped with the god's dancing female followers, known as maenads.