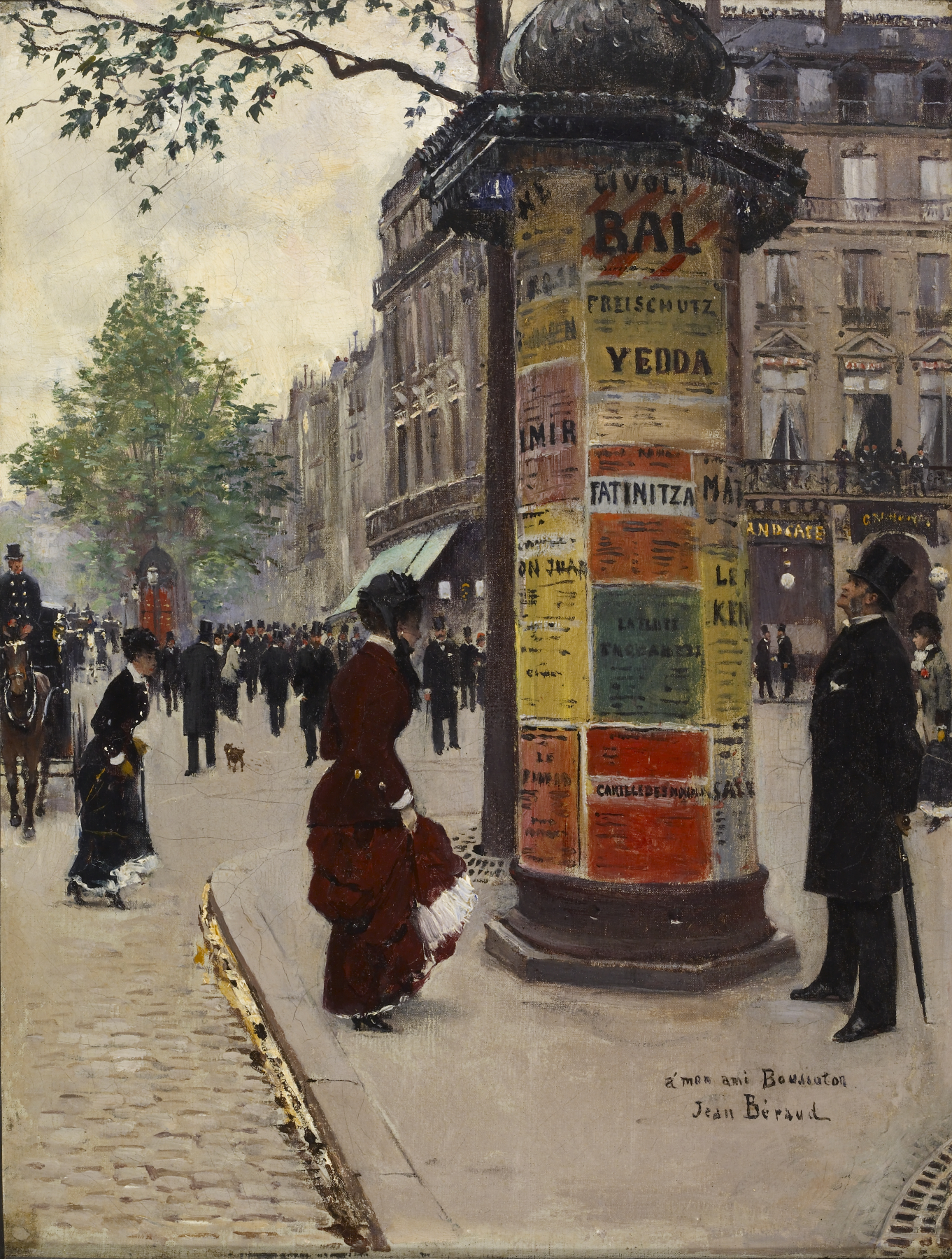 Like a number of other 19th-century artists, Béraud first trained to become a lawyer before discovering his true calling. In 1872, he enrolled in the studio of the portraiture specialist Léon Bonnat. While he began as a portraitist, he eventually became known for his highly detailed scenes of urban life. Working from a carriage that he converted into a mobile studio, Béraud recorded life on the grand boulevards of Paris.

The corner represented here can still be recognized as the intersection of the Rue Scribe and the Boulevard des Capucines. Like Degas, Béraud depicted modern life in all of its variety with journalistic accuracy. Béraud, however, delighted in recording even the smallest details, which are so precise that we can make out an advertisement for "Yedda," a popular ballet, and just below it, another playbill for a comic opera called "La Fatinitza," which opened in Paris in 1879.