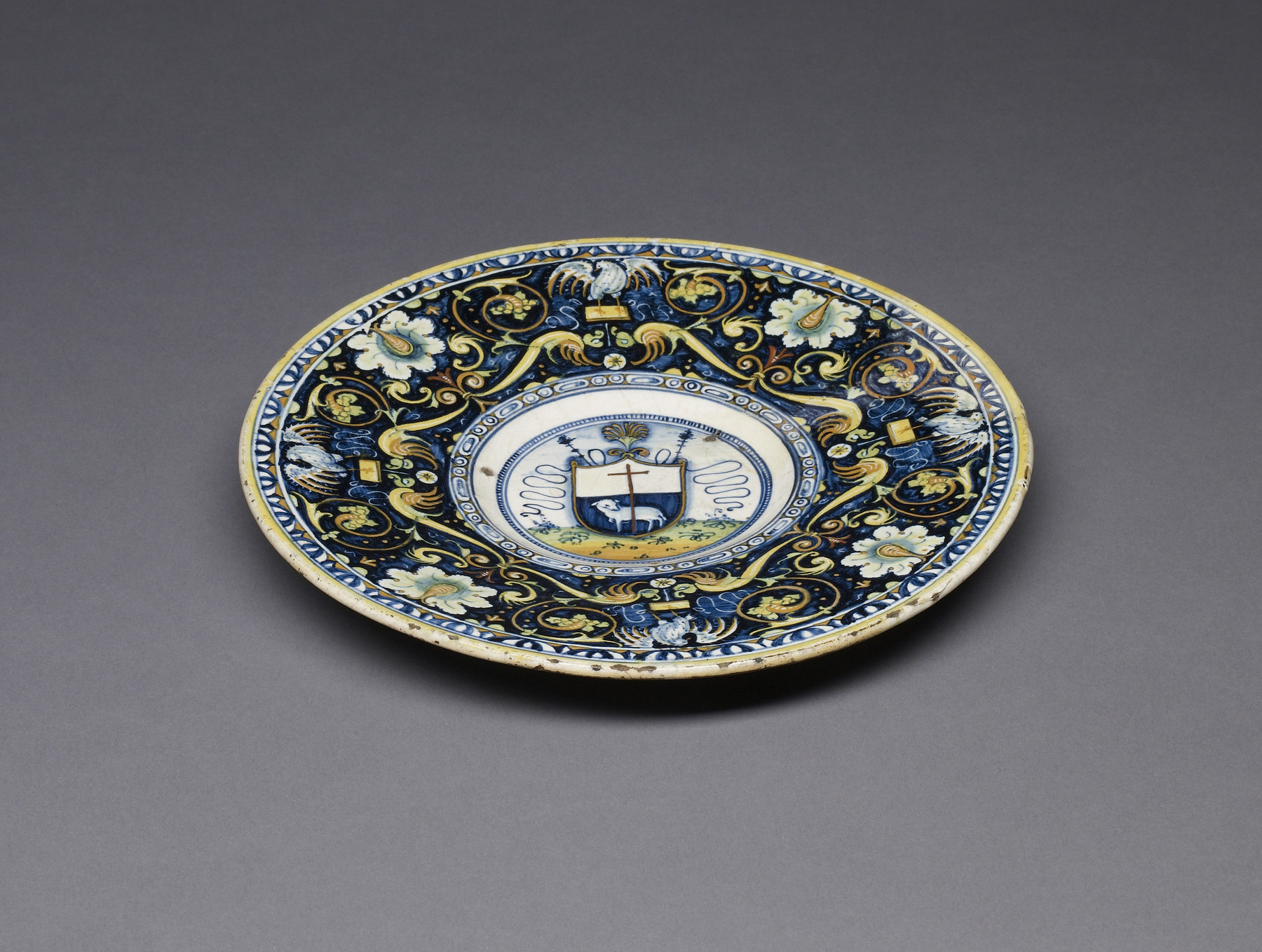 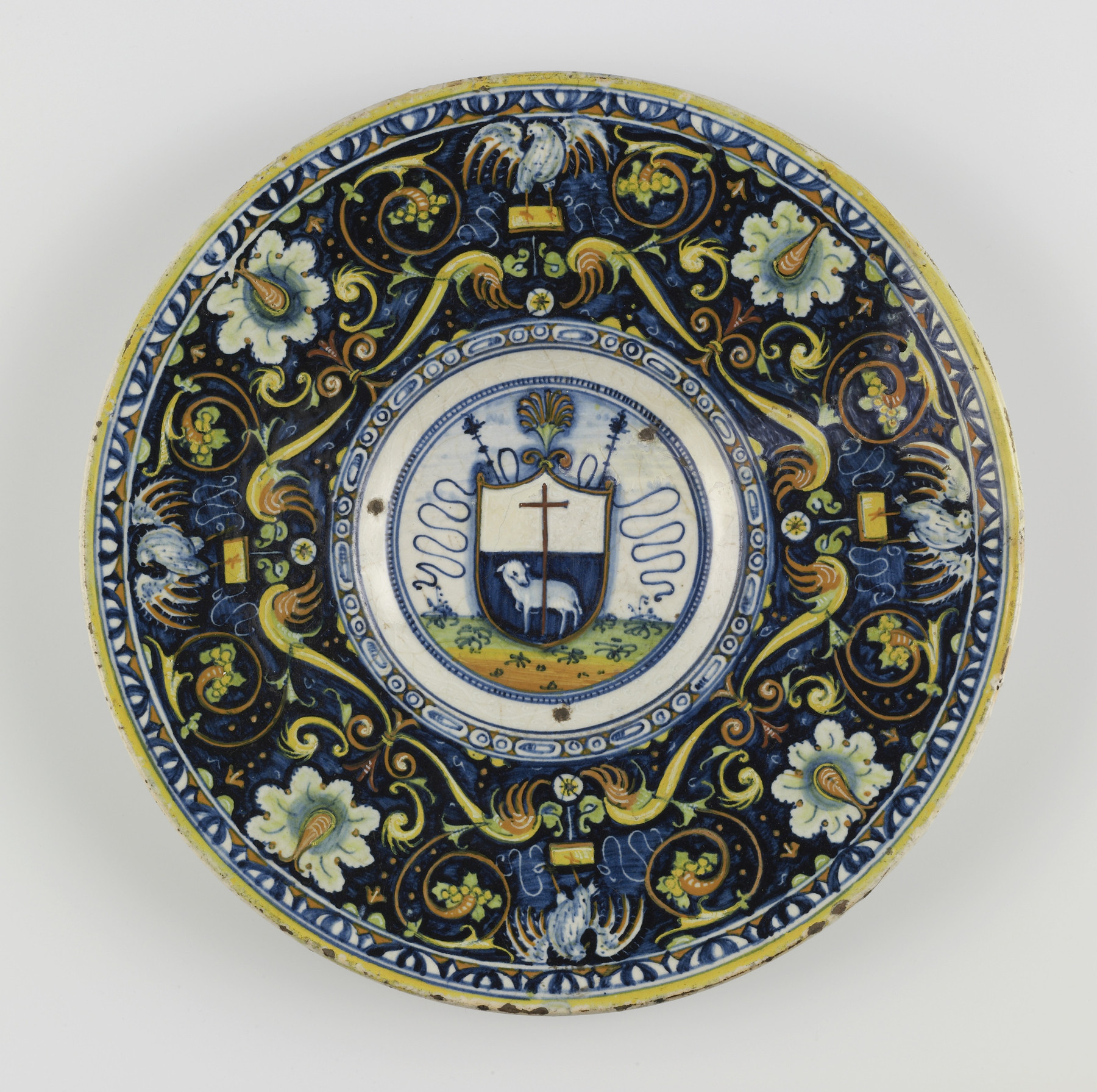 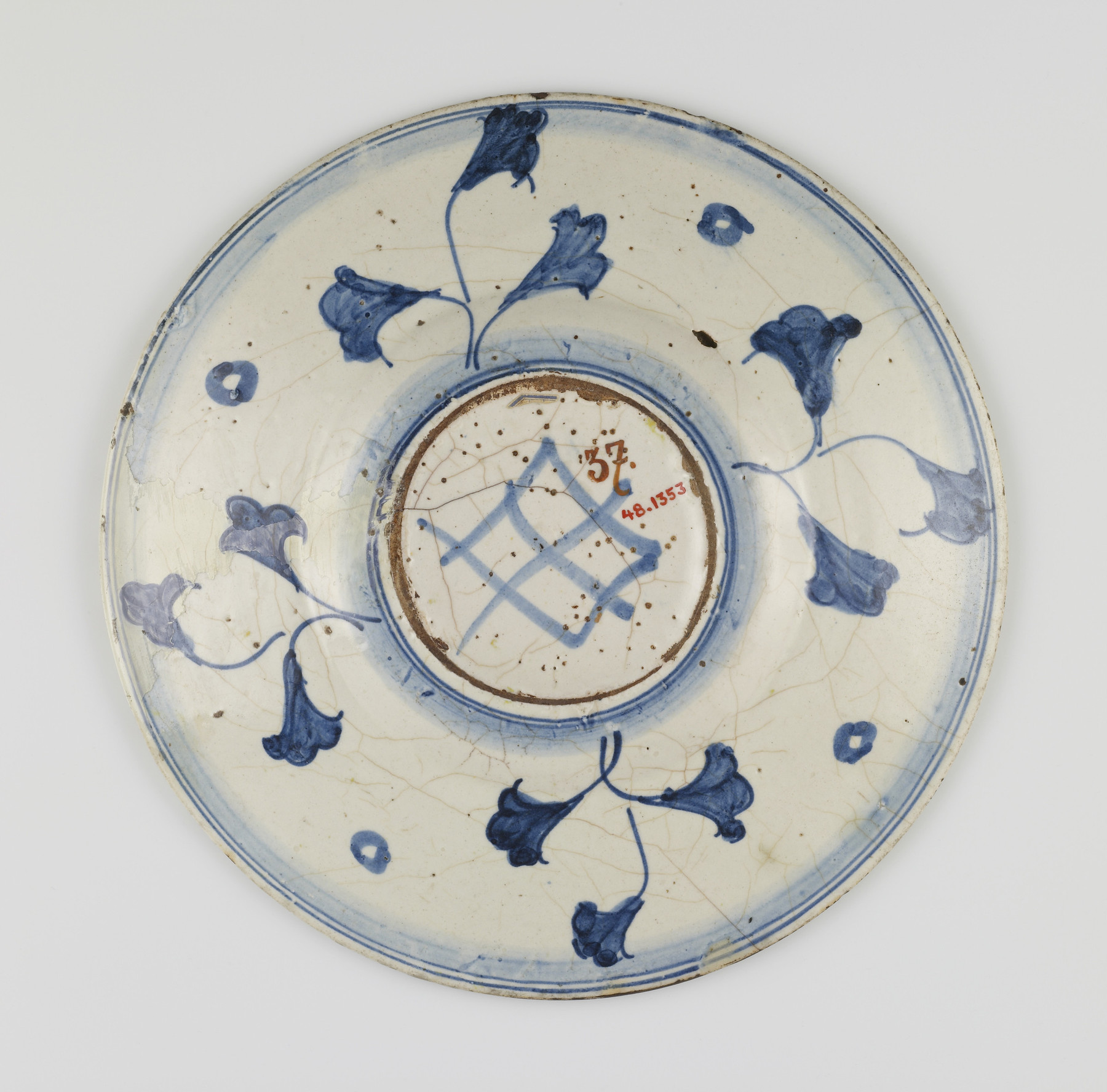 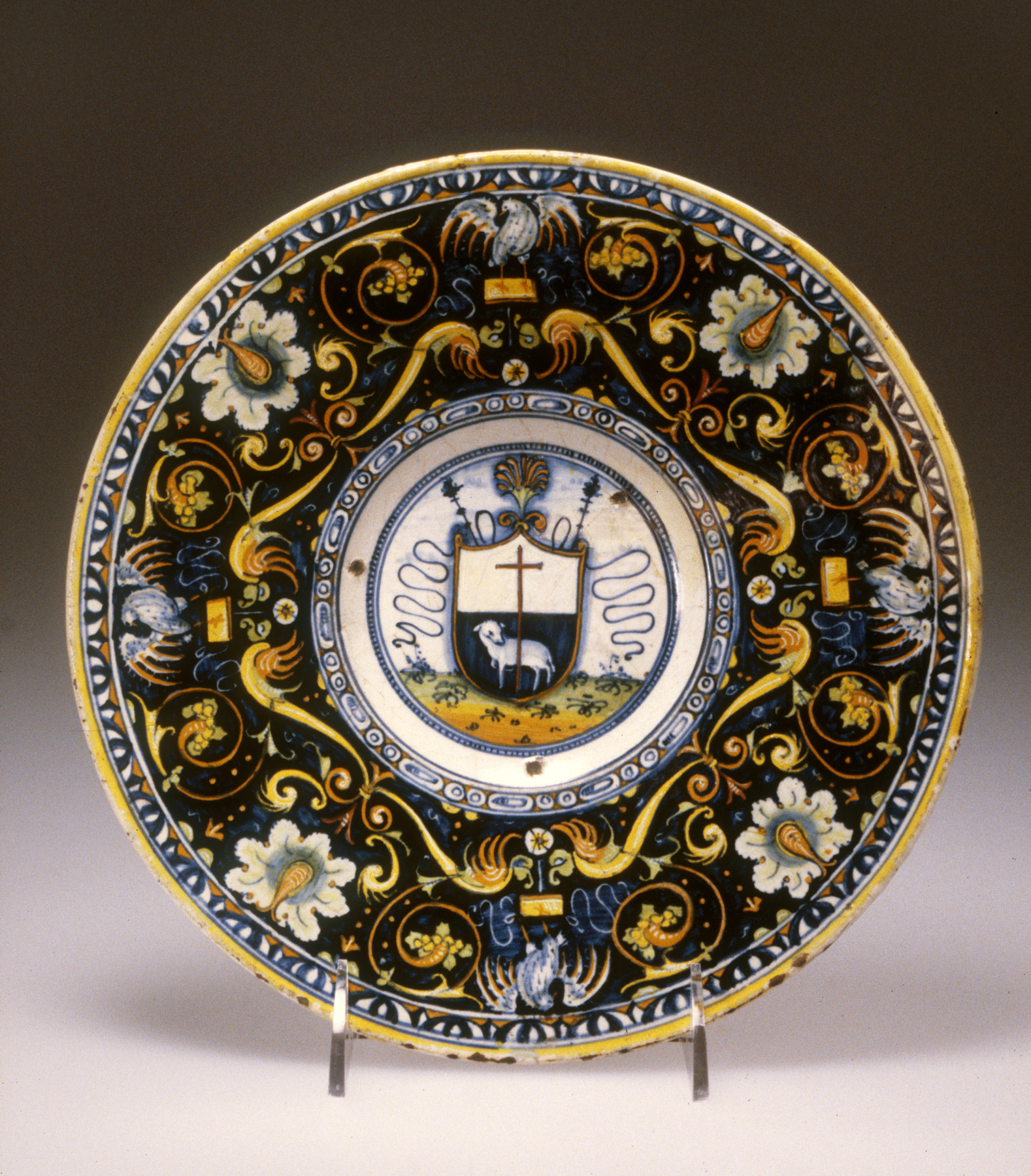 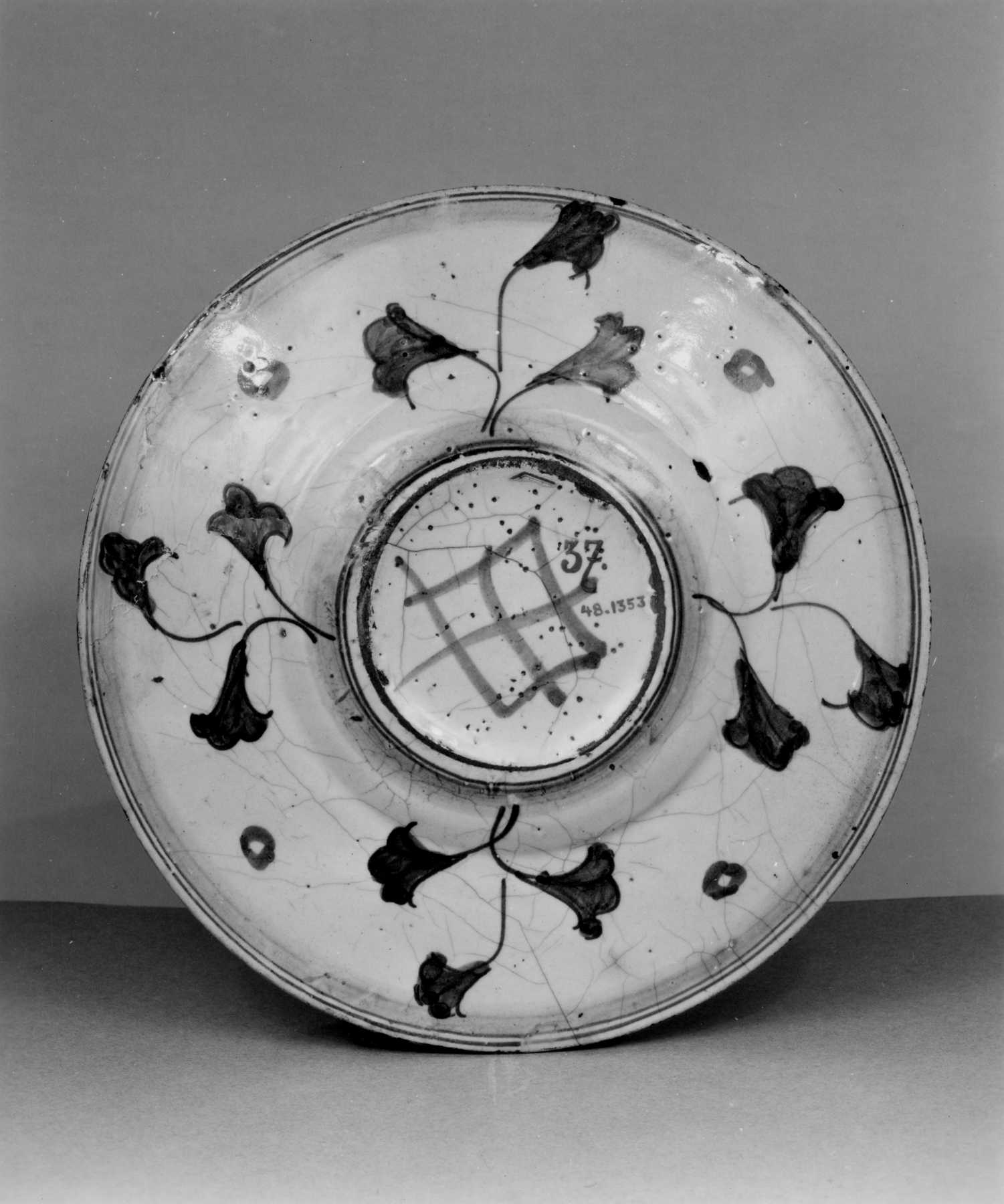 Plate with Shield Showing the Lamb of God

In the center field of this plate is a shield with the Lamb of God and a cross, pointing to the possibility that the patron was a religious organization. Swirling ribbons, a motif associated with maiolica wares made in the city of Faenza, are depicted on either side of the shield. On the other hand, the dark red color visible in the designs on the outer ring is characteristic of dishes produced in Siena. The plate’s outer ring displays repeating designs of open flowers, scrolls, ribbons, and birds with spread wings, painted in a popular style meant to recall ancient Roman wall decoration. On the plate’s back, four identical groups of blue trumpet flowers surround a crossed diamond, surely a mark that would have identified the workshop to the local community. There were active maiolica workshops in both Siena and Faenza. As techniques such as the unusual production of the color red were less mobile than painterly motifs, the dish is here provisionally assigned to Siena. Three small marks visible on the surface of the plate were likely made by the support that the plate was placed on in the kiln. This plate must have been a relatively inexpensive commission, or the artist would not have allowed the supports to mar its surface. For more on “maiolica” in general, see 48.1366.

[Maker's Mark] In the center, between the footring, in blue, a crossed diamond; [Previous Collection inv. no.] 37