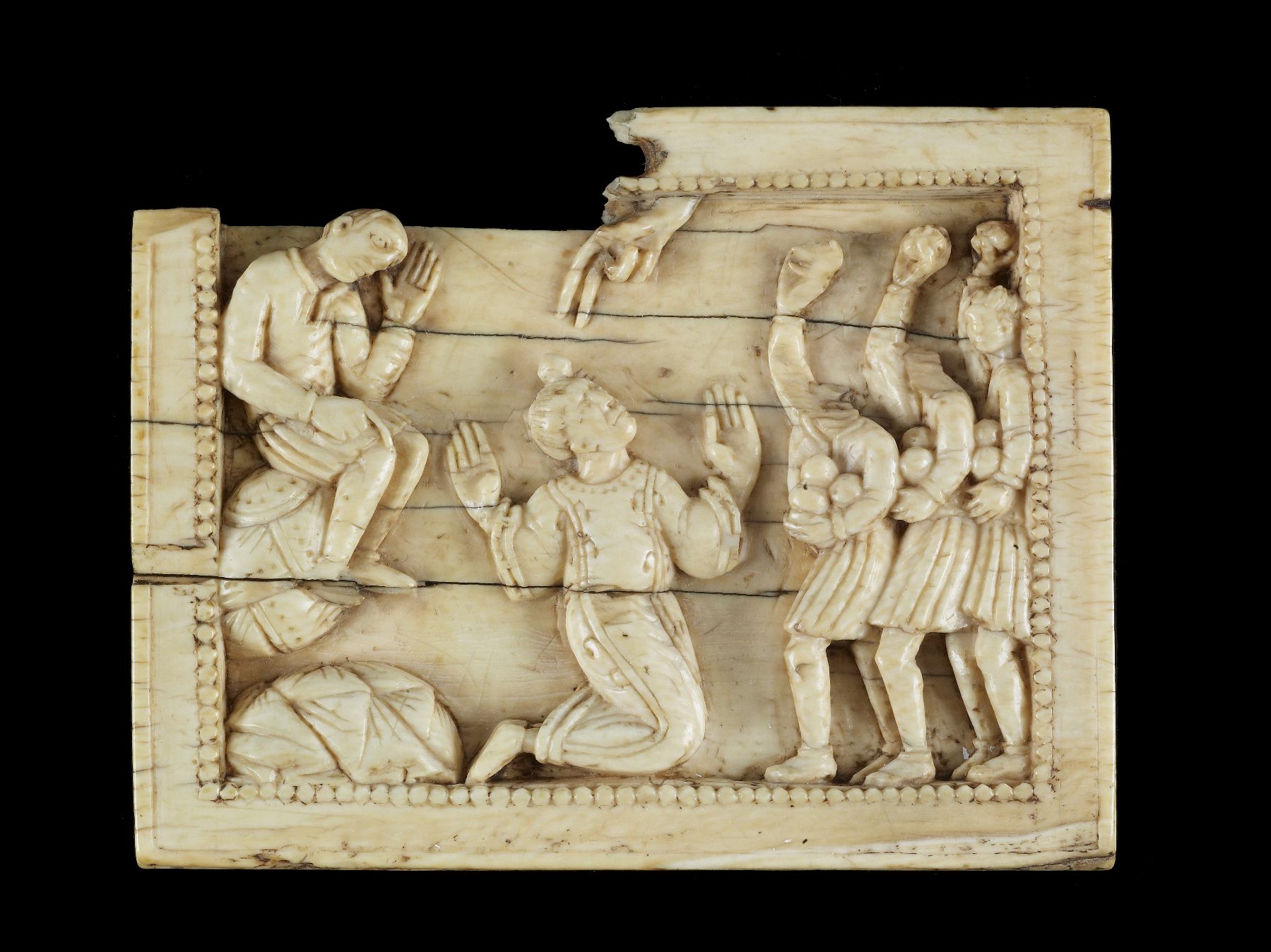 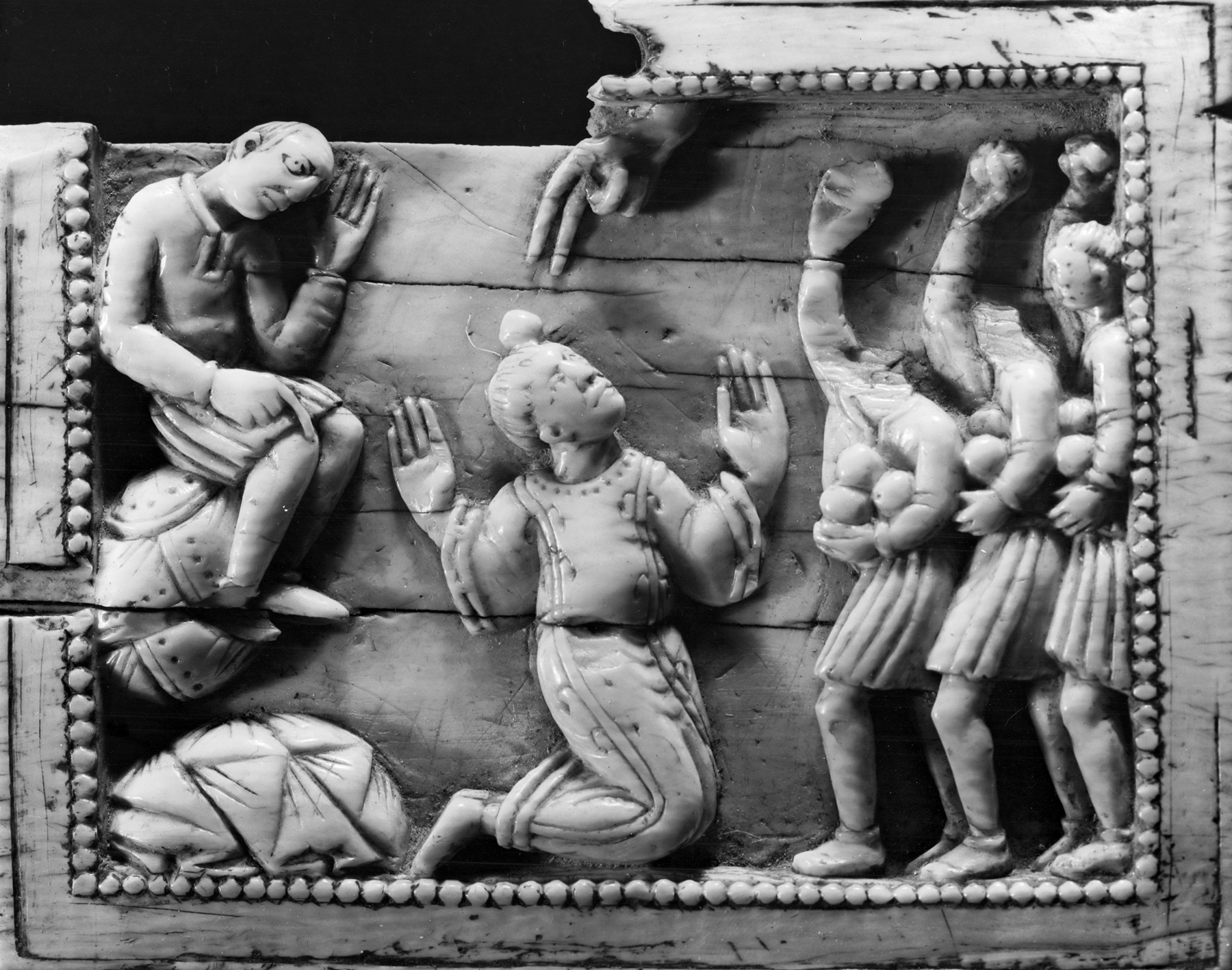 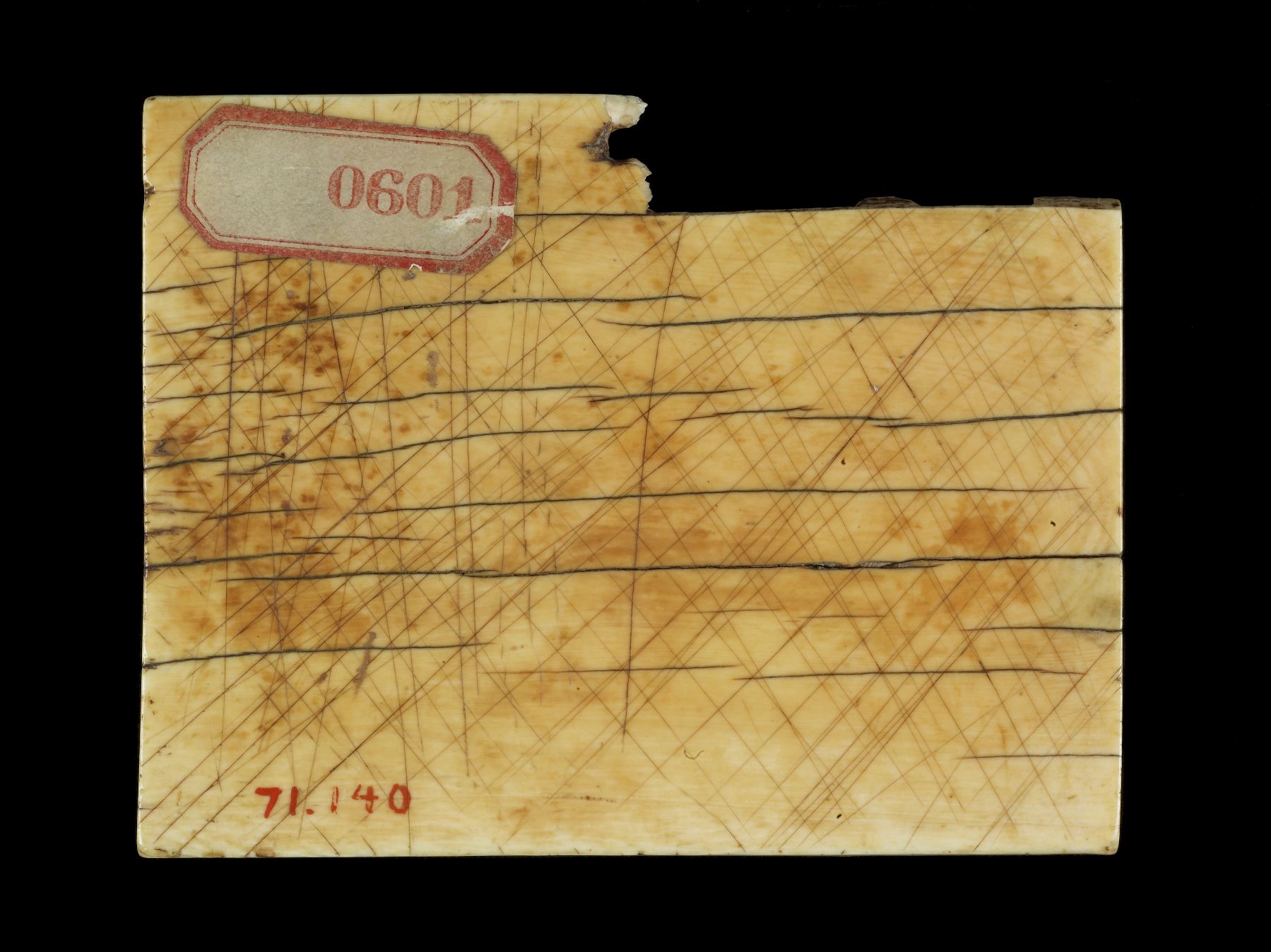 The Stoning of Saint Stephen

St. Stephen, the first Christian martyr (ca. AD 35), kneels with his arms raised in prayer, blessed by the Hand of God. He seeks a pardon for the three men shown at the right who are about to stone him to death under the orders of Saul of Tarsus, who is seated at the left (Acts 7:58-60). This plaque, broken and worn smooth over time, was most likely made for a reliquary box or casket.