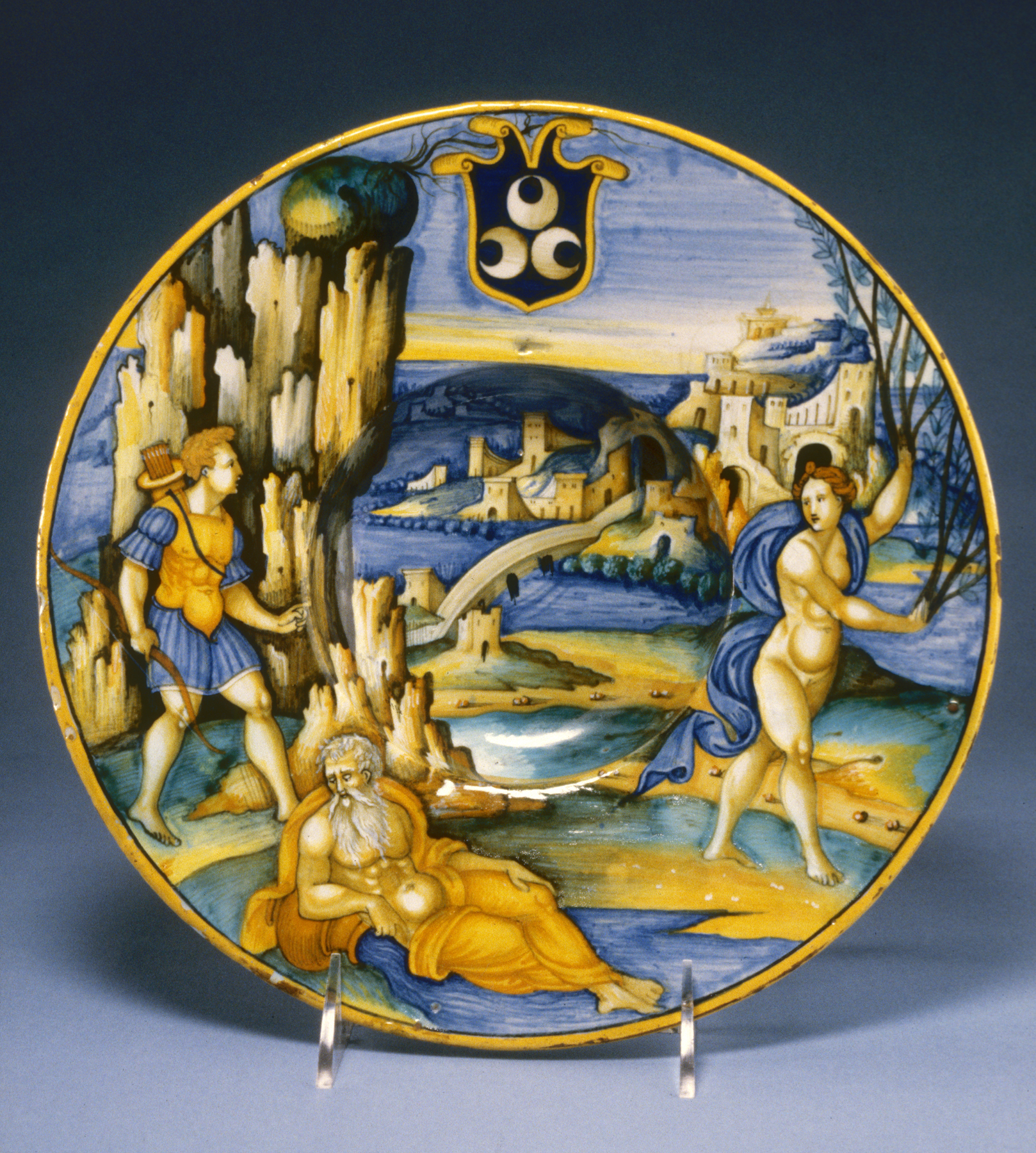 Bowl with Apollo and Daphne

This bowl depicts a scene from the Roman poet Ovid’s (43 BCE—17AD) “Metamorphoses” (Book I), in which the nymph Daphne is pursued by Apollo and saved from his advances at the last moment by her father, the river-god Peneus, who turned her into a laurel tree. Peneus reclines in the foreground, while Apollo is shown on the left, and Daphne’s transformation occurs on the right. The figures of Apollo and Daphne may be derived from a woodcut in a 1497 Venetian edition of Ovid's text. This scene is characteristic of “istoriato” wares, which portrayed stories from Classical antiquity and the Bible, and emerged in Italy during the early sixteenth century. The back of the bowl is stained with green and ornamented with two concentric yellow circles, with two raised circles at the rim.

The coat of arms on this bowl associates it with the “Three Crescents Service,” a large group of wares possibly made for a member of the Strozzi family in Florence. The bowl was produced by the “Milan Marsyas Painter,” who is thought to have produced a group of wares depicting the mythological flute-player Marsyas, now in the Castello Sforzesco in Milan. To see more works by the Milan Marsyas Painter, click on the name in the creator field; for information on ‘maiolica’, see 48.1336.