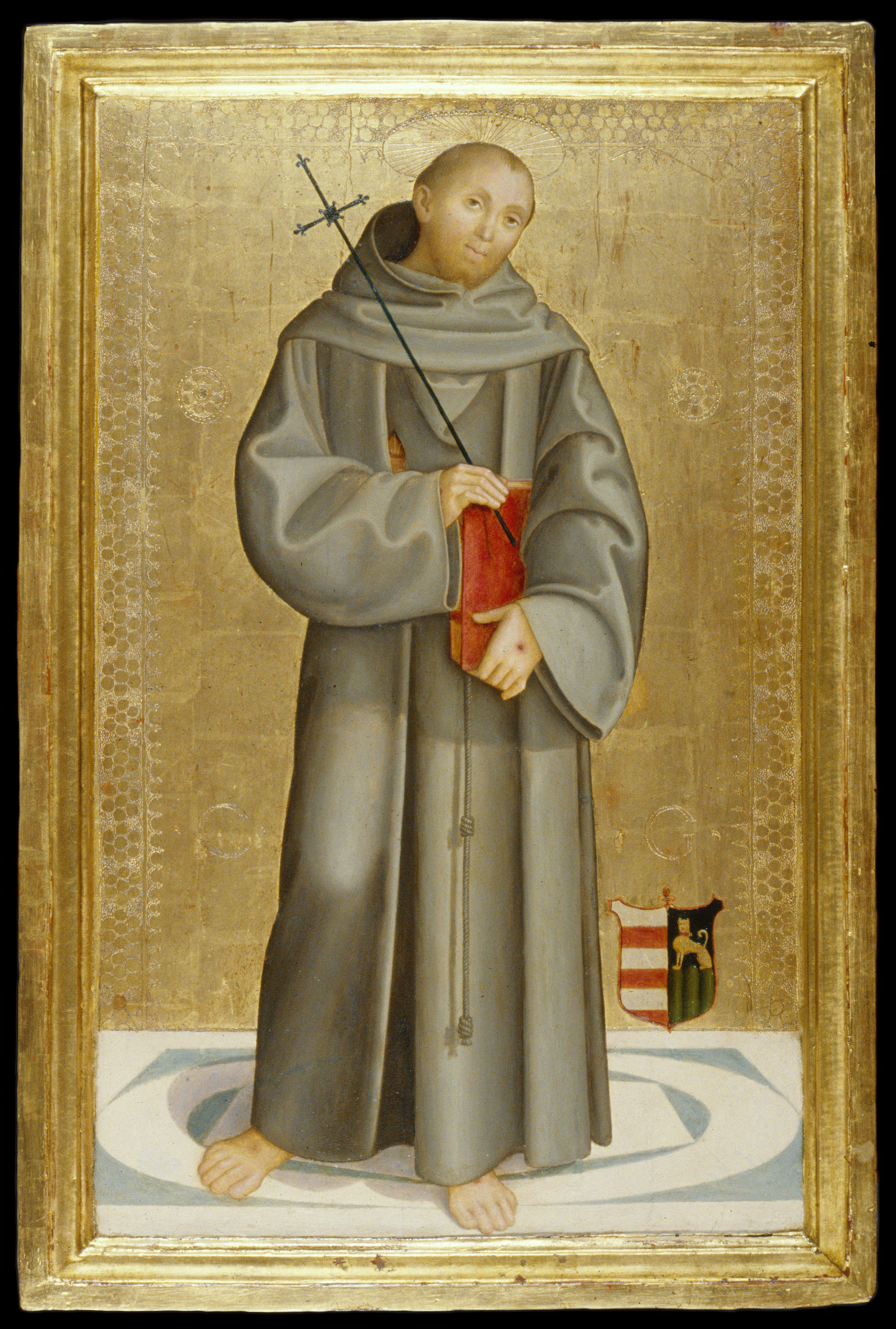 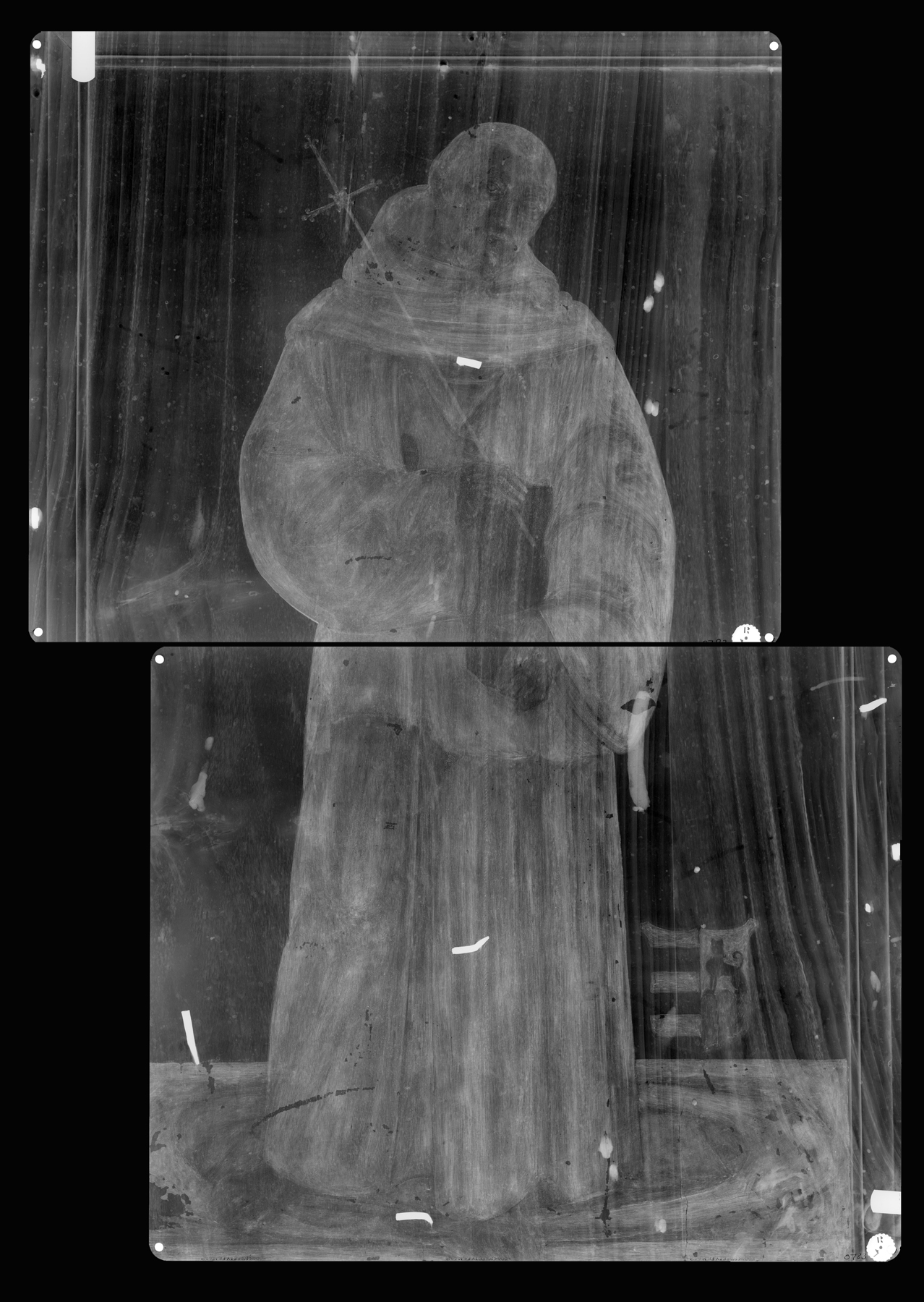 Saint Francis (1182-1226) was the patron saint and founder of the Franciscan Order. Late in life he had a vision, which left him with wounds in hands and feet like those of the crucified Christ. Here, he is depicted holding a book and a cross-staff and wearing the brown habit of the Franciscan order. The saint promoted an austere and pious way of life, and his bare feet testify to his ideal of poverty. The letters "C G" and the coat of arms refer to the unidentified patron of the painting, likely intended for private devotion as indicated by its small size.

A follower of the famous Pietro Perugino (ca. 1450-1523), Berto di Giovanni worked in the sweet and simple style of that artist in his native hilltown of Perugia in Central Italy.