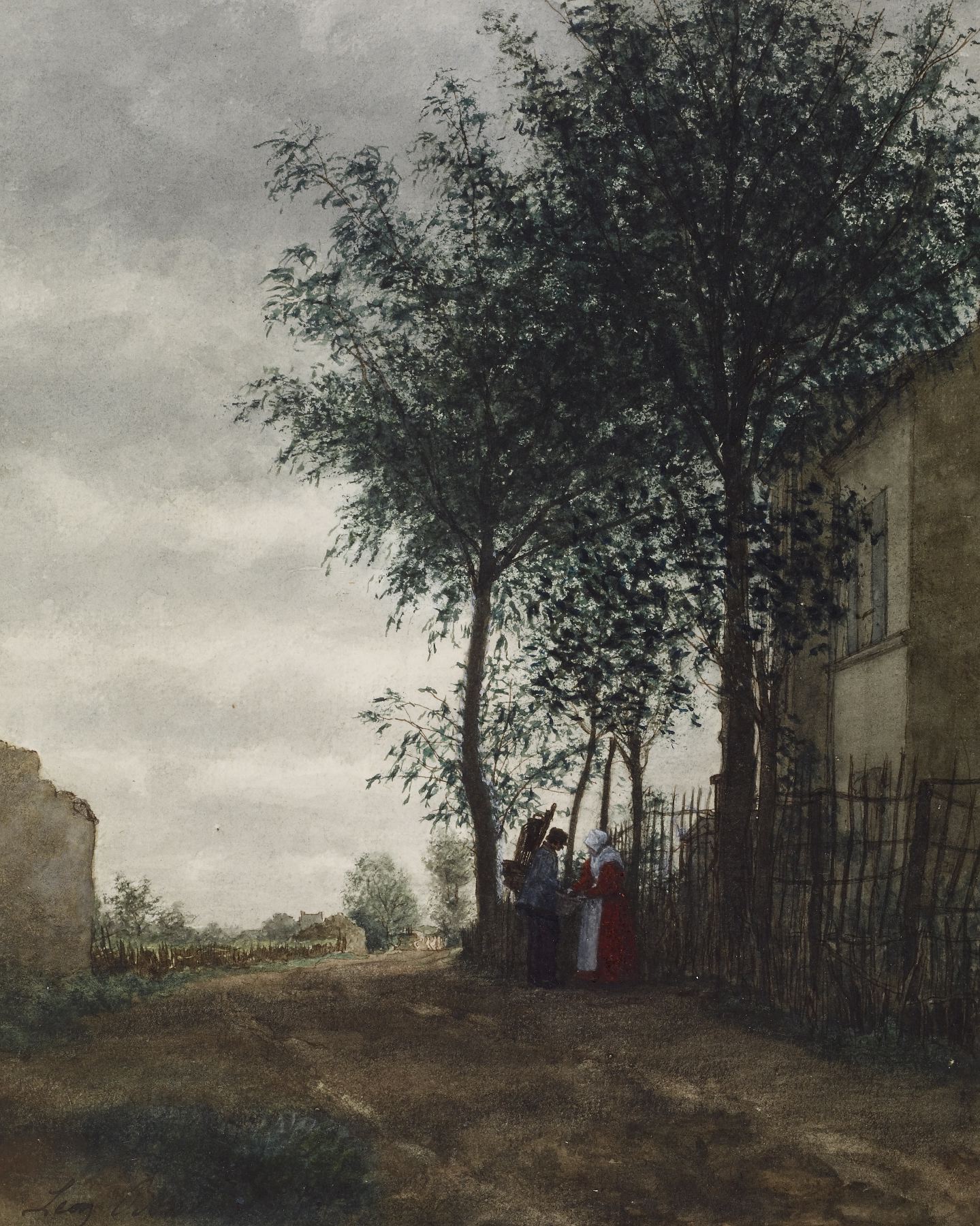 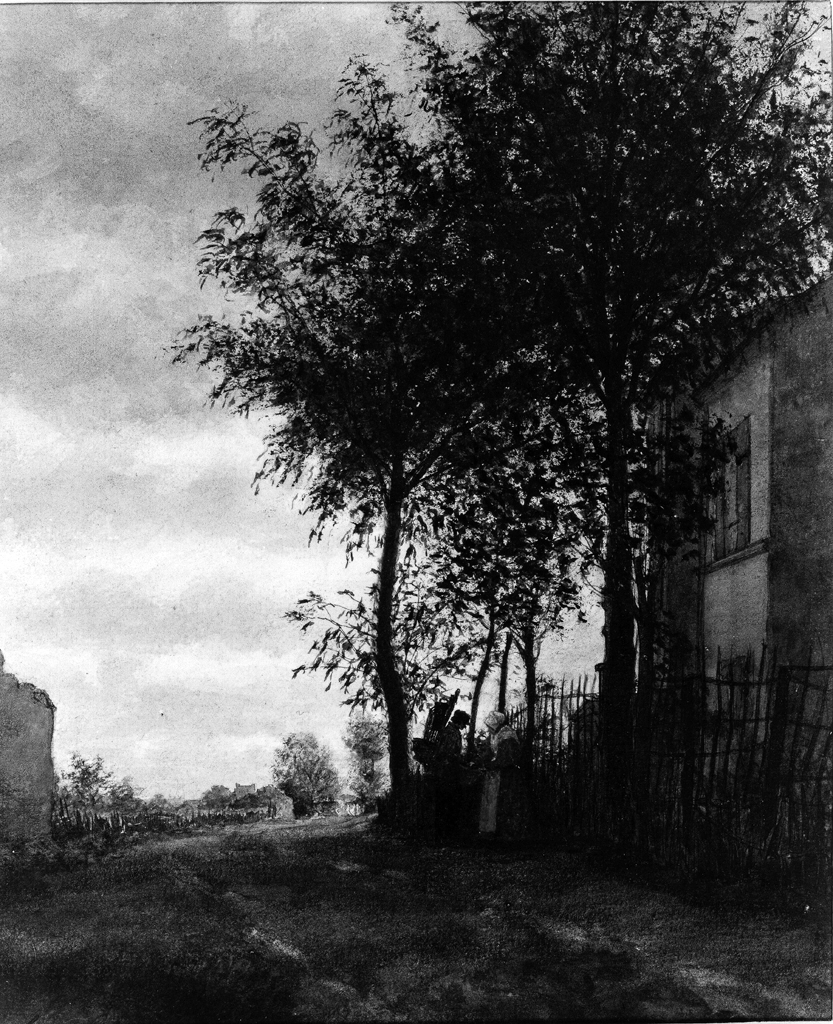 Two Figures beside a Country Road