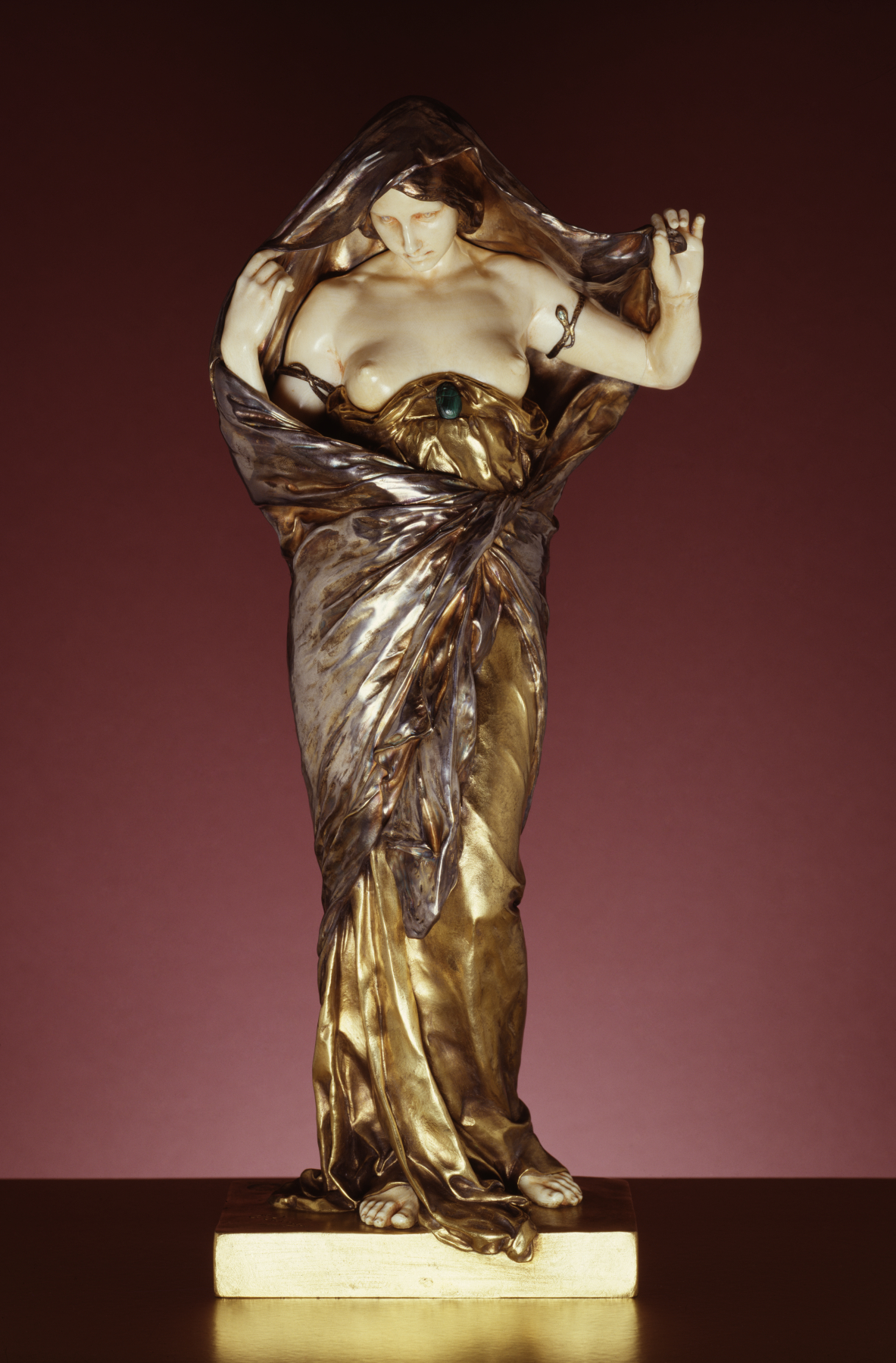 Nature Unvealing Herself before Science

Barrias, who was noted for his female allegorical figures, produced a fully nude version of this subject in white marble for the Faculty of Medicine at Bordeaux in 1893. Six years later, in 1899, responding to the renewed interest in multicolored sculpture inspired by ancient Greek accounts, he exhibited a draped version at the Paris Salon. It was made of red and gold onyx, malachite, and lapis lazuli. This smaller replica of the 1899 statue was issued by the foundry Susse Frères the same year. A final version in white marble, made in 1902, was acquired by the School of Medicine in Paris.