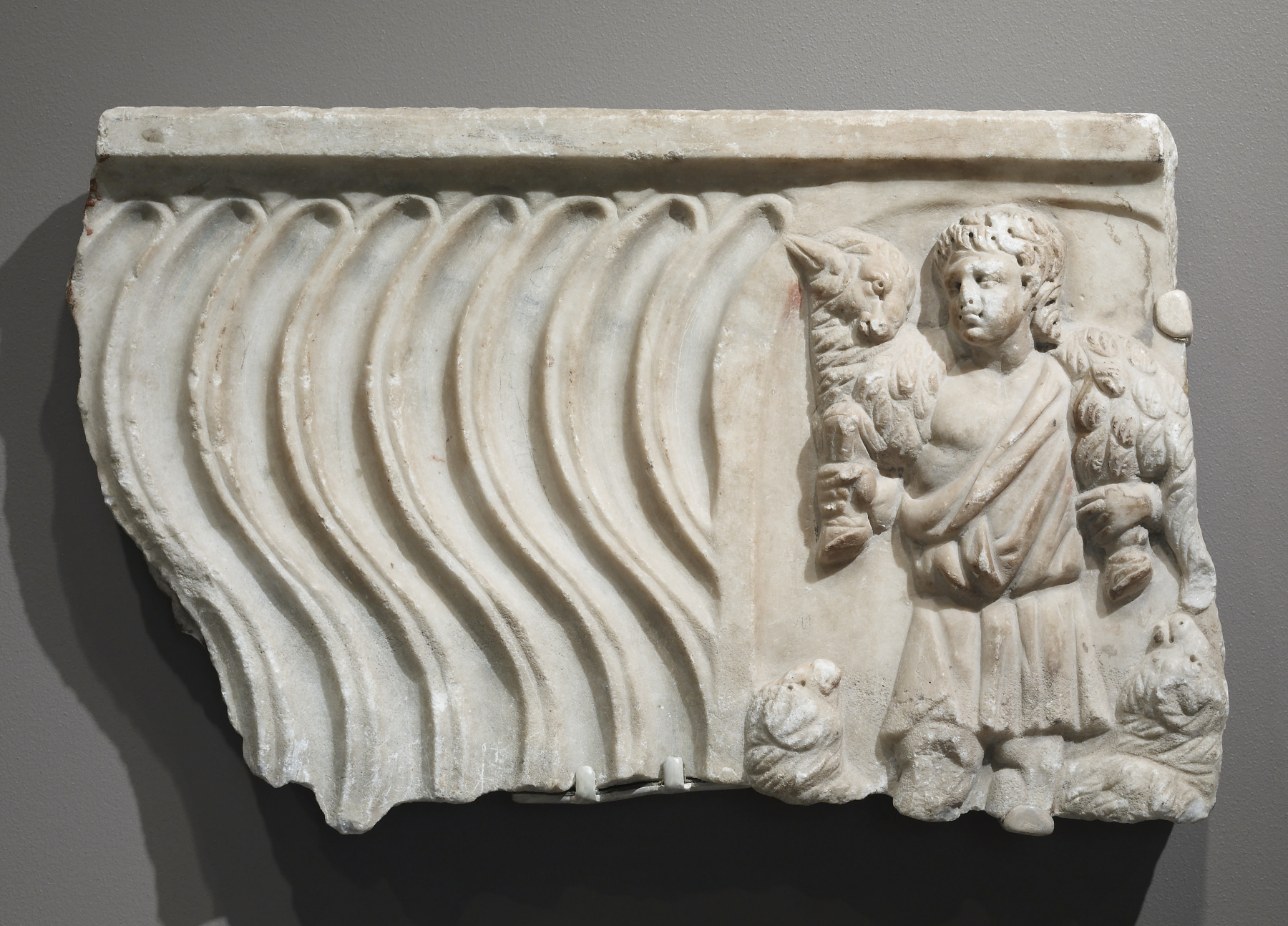 Sarcophagus Fragment with the Good Shepherd

This fragment comes from a small Early Christian sarcophagus that was probably made for a child. At the right is a young shepherd, who carries a lamb over his shoulders as two sheep gaze up at him from below. The image of the Good Shepherd originated with the pagan Greek figure of Hermes (the gods' messenger and ram-bearer) and was later transformed into Jesus as the Good Shepherd who watches over his flock.