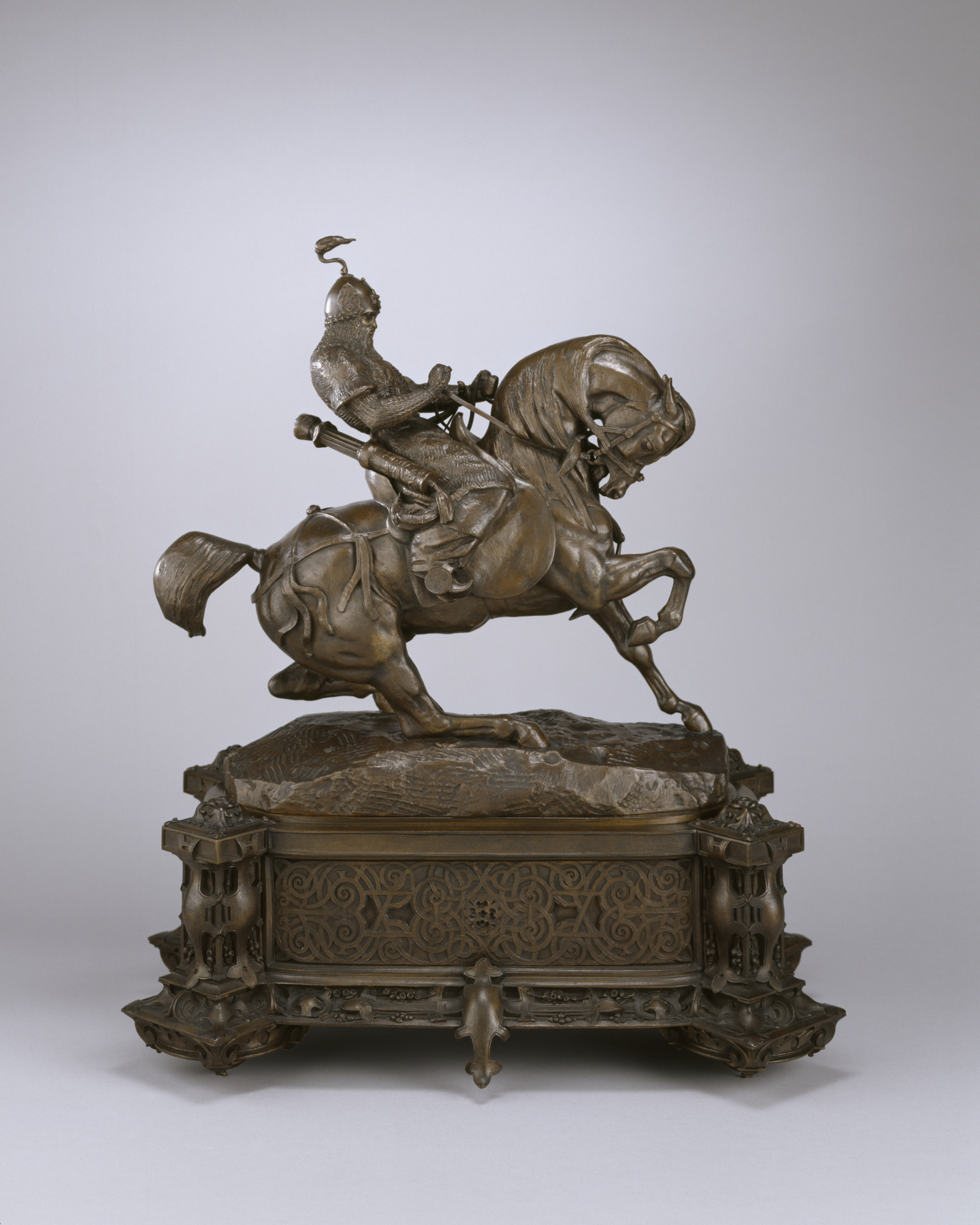 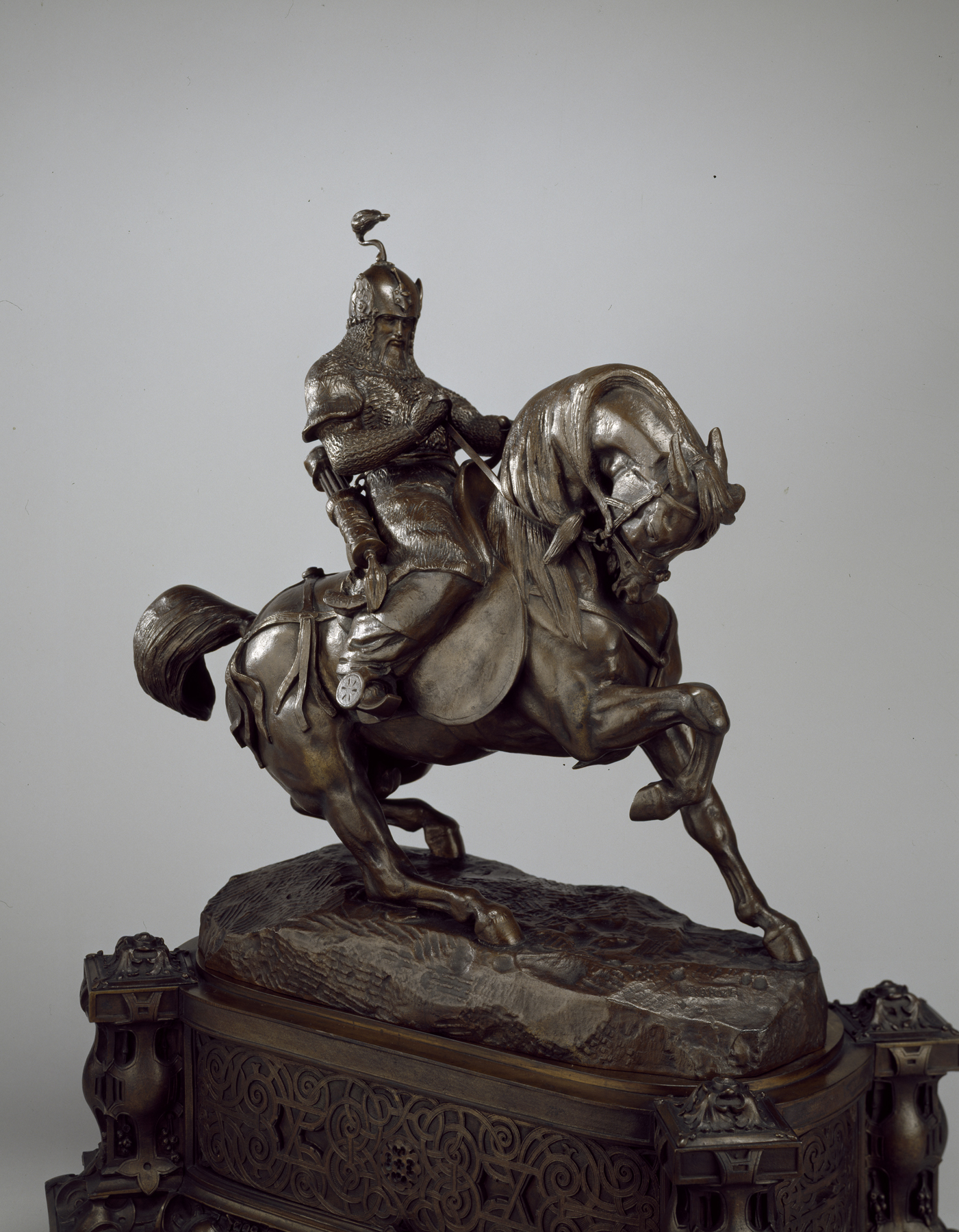 An Asian warrior, identified in some early literature as "Tartar" and in other publications as "Chinese," violently reins in his horse. He wears plate and chain-mail armor over fur outerwear. What sources Barye consulted in depicting such an exotic subject have yet to be determined. Very few casts of this sculpture were issued during Barye's lifetime, but even rarer are those with pedestals decorated with "Byzantine"-style interlace designs (Walters 27.124).

[Signature] Cast through from model: BARYE; [Number] Painted inside in white: W17