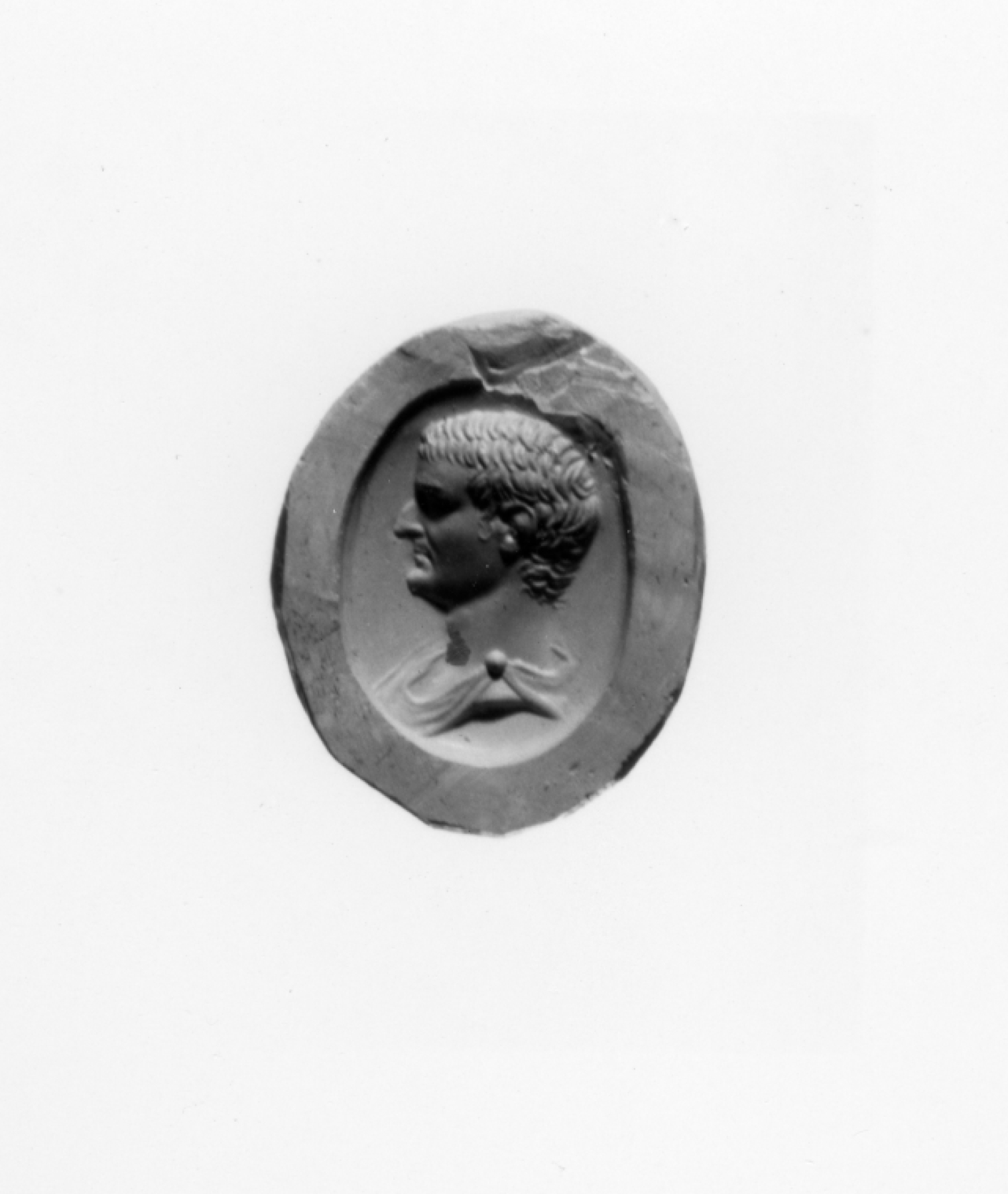 Intaglio with the Head of a Man

This intaglio shows the head of a man historically identified as the Roman emperor Vespasian (r. 69-79 CE) in profile to the right.