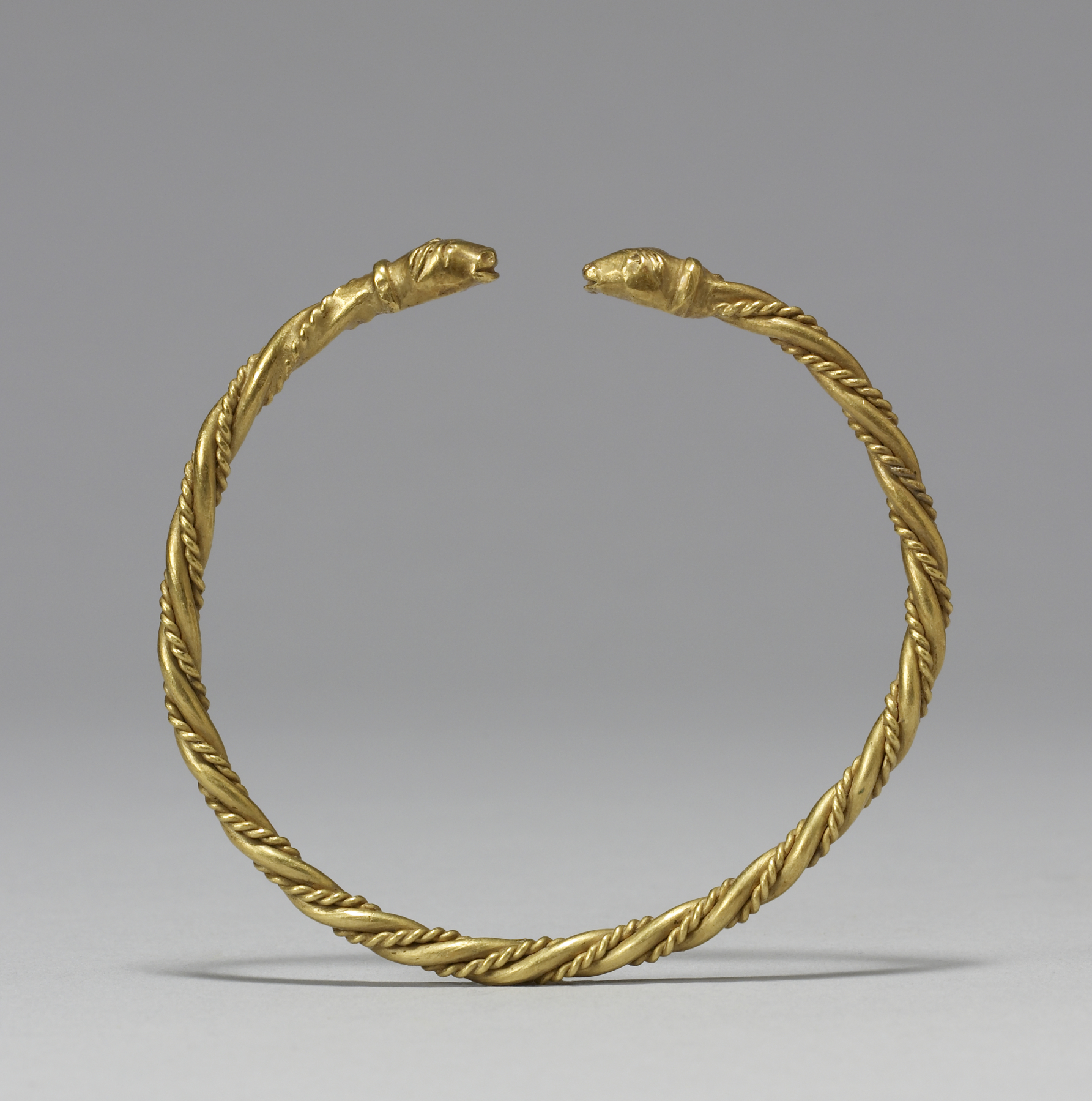 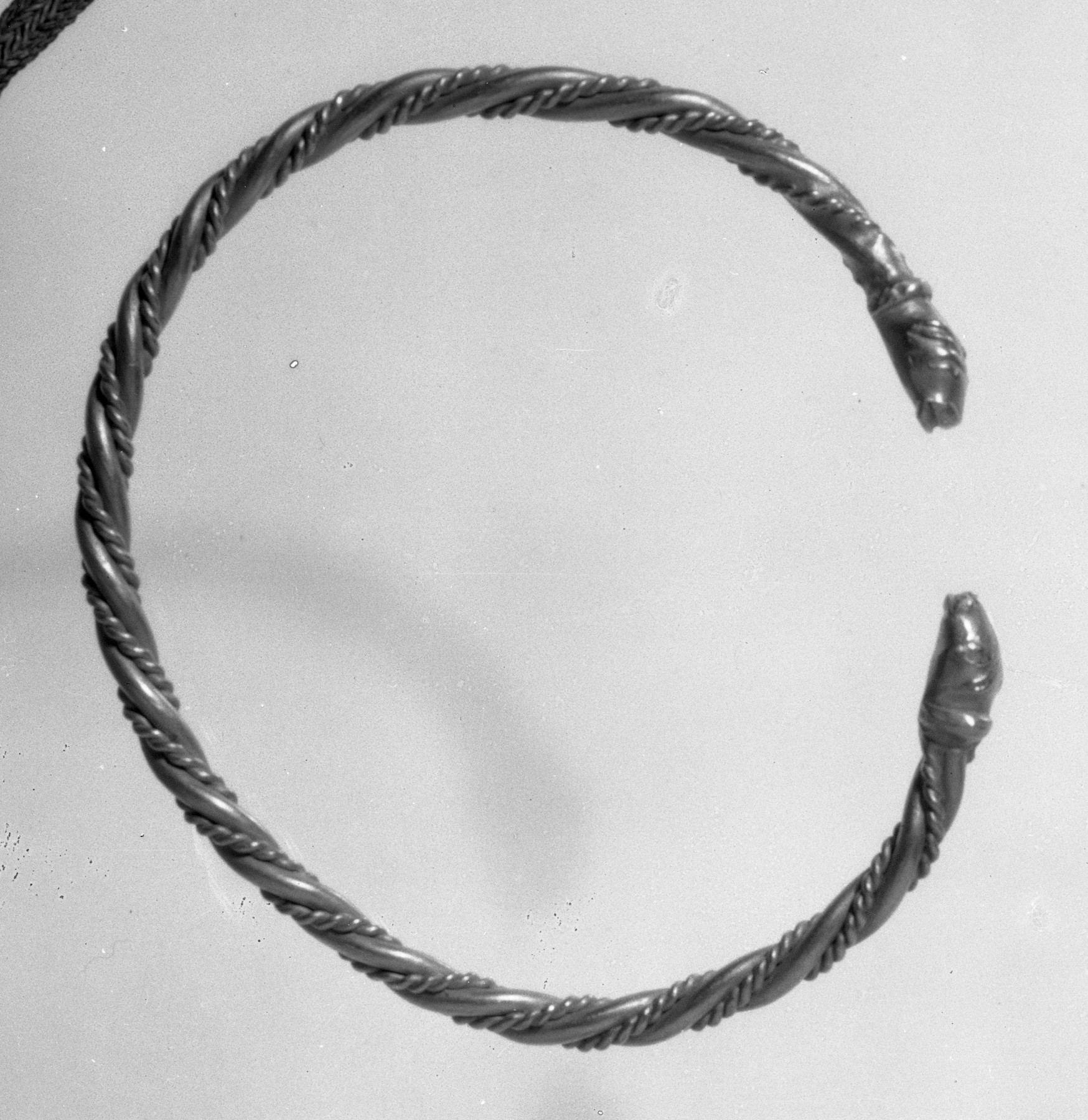 Together with its mate, Walters 57.467, this bracelet has stylized animal-head terminals, much like those found on jewelry made by Germanic peoples to the south. Arm rings or armlets made by twisting thick and thin rods of gold or silver were common during the Viking period, when wealth was literally worn on one's sleeves. Arm rings, the portable savings accounts of the Vikings, would be collected, exchanged, or hacked up to provide weighed amounts of gold to purchase goods.

(Place of Origin) Serbia and Montenegro (Place of Discovery) 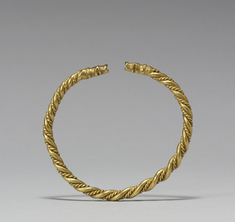