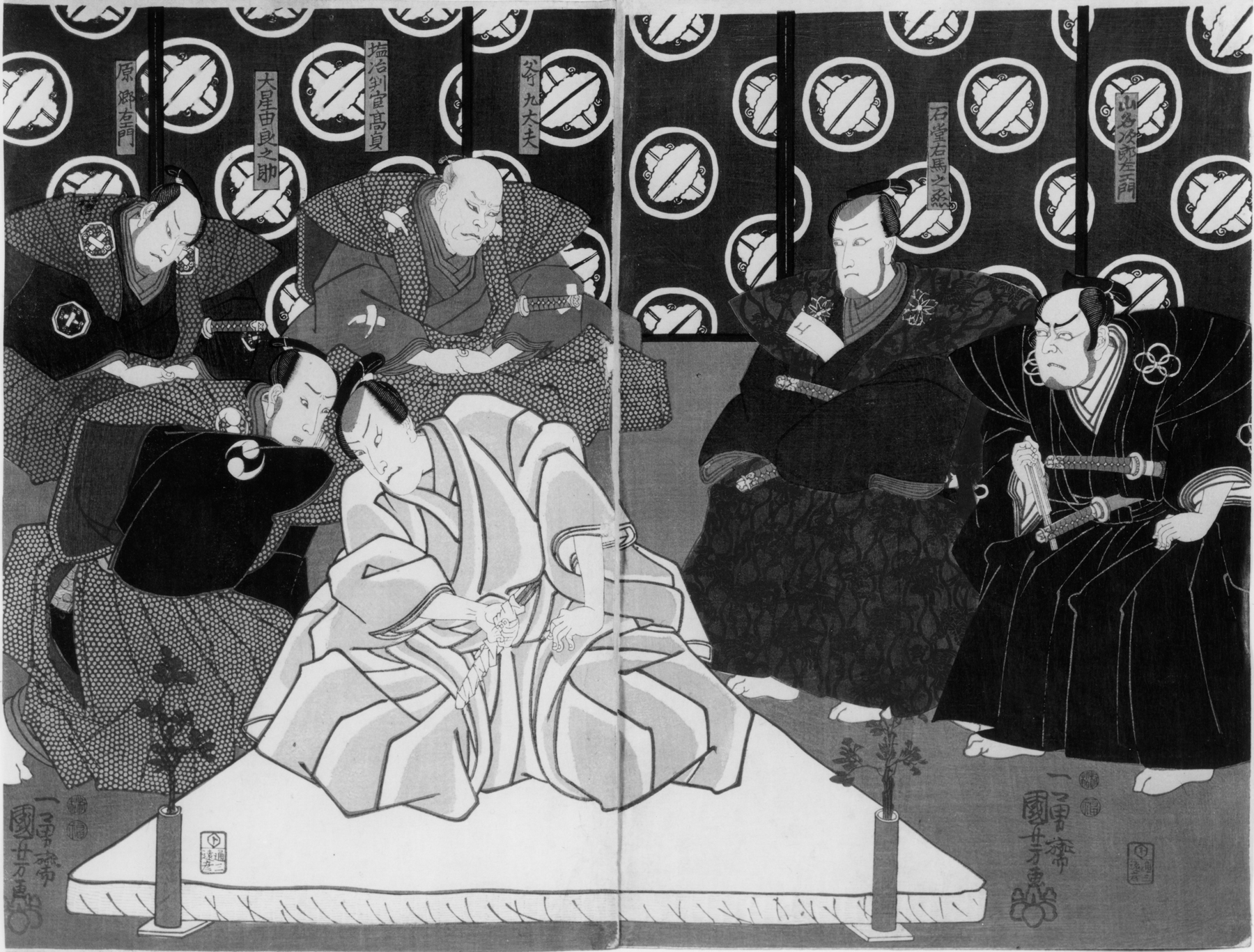 Hangan, dressed in the white robe of death, thrusts his dagger into his gut: this is ritual suicide by disembowelment, known as "seppuku." His loyal retainer Yuranosuke rushes to his side to keep him from falling over. As Hangan completes his task he tells Yuranosuke that with this dagger he must avenge his death. They are surrounded by official witnesses, one of whom carries the shogun's order for Hangan's death.