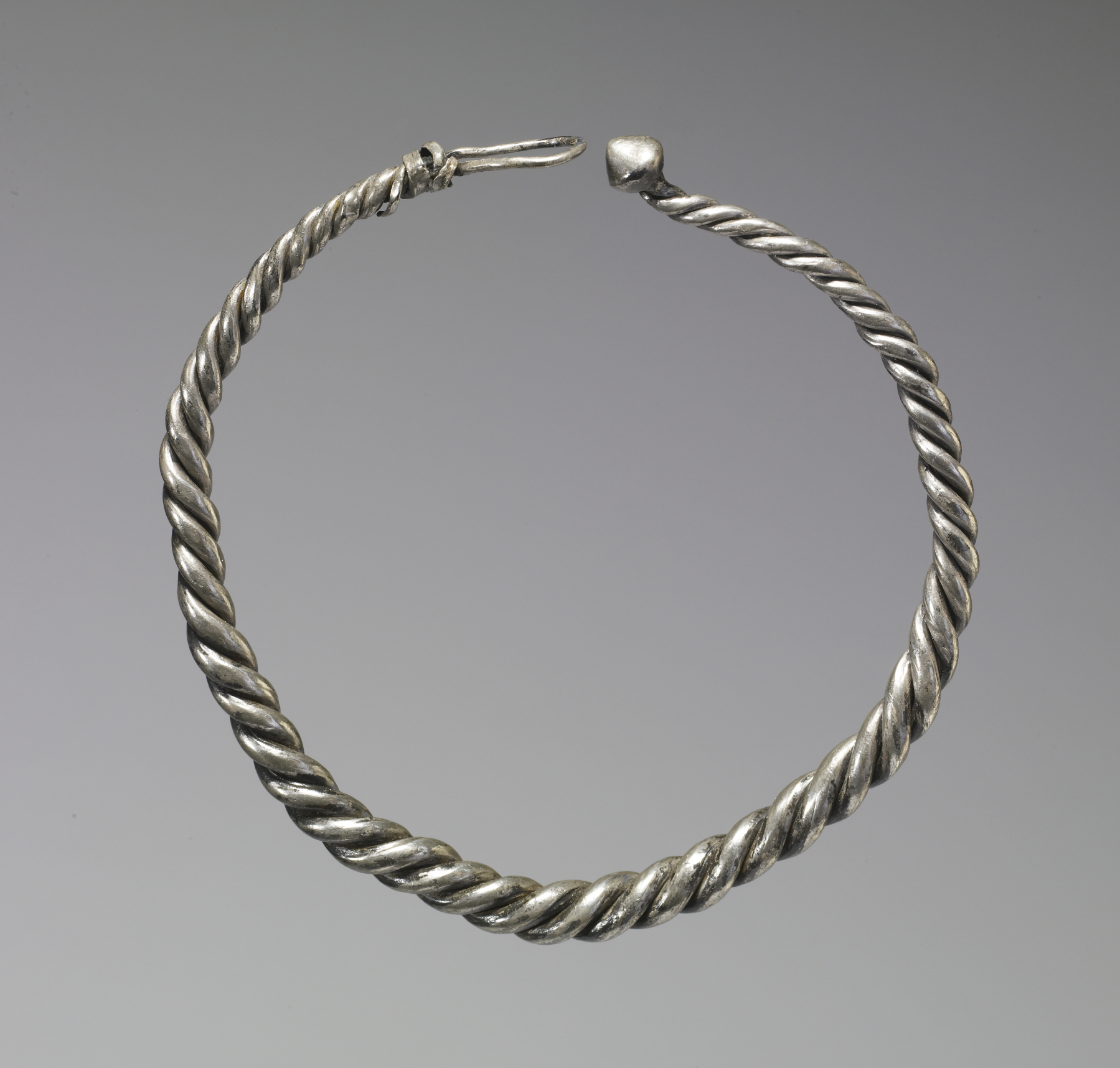 This Viking neck ring is made from three twisted silver wires and is fastened by an unusual conical knob and loop clasp. It was both jewelry and money to its owner. Large neck rings and smaller arms rings were buried in Viking hoards in Ireland, Scandinavia, and England, all important hubs of Viking sea trade. This neck ring was found buried with a plain arm ring (present location unknown), in Fenit, County Kerry, Ireland in 1880.

Gift of the members of the Board of Trustees: Robert Garrett, B. Howell Griswold, Jr., George C. Cutler, Philip B. Perlman and Morgan C. Marshall, 1941