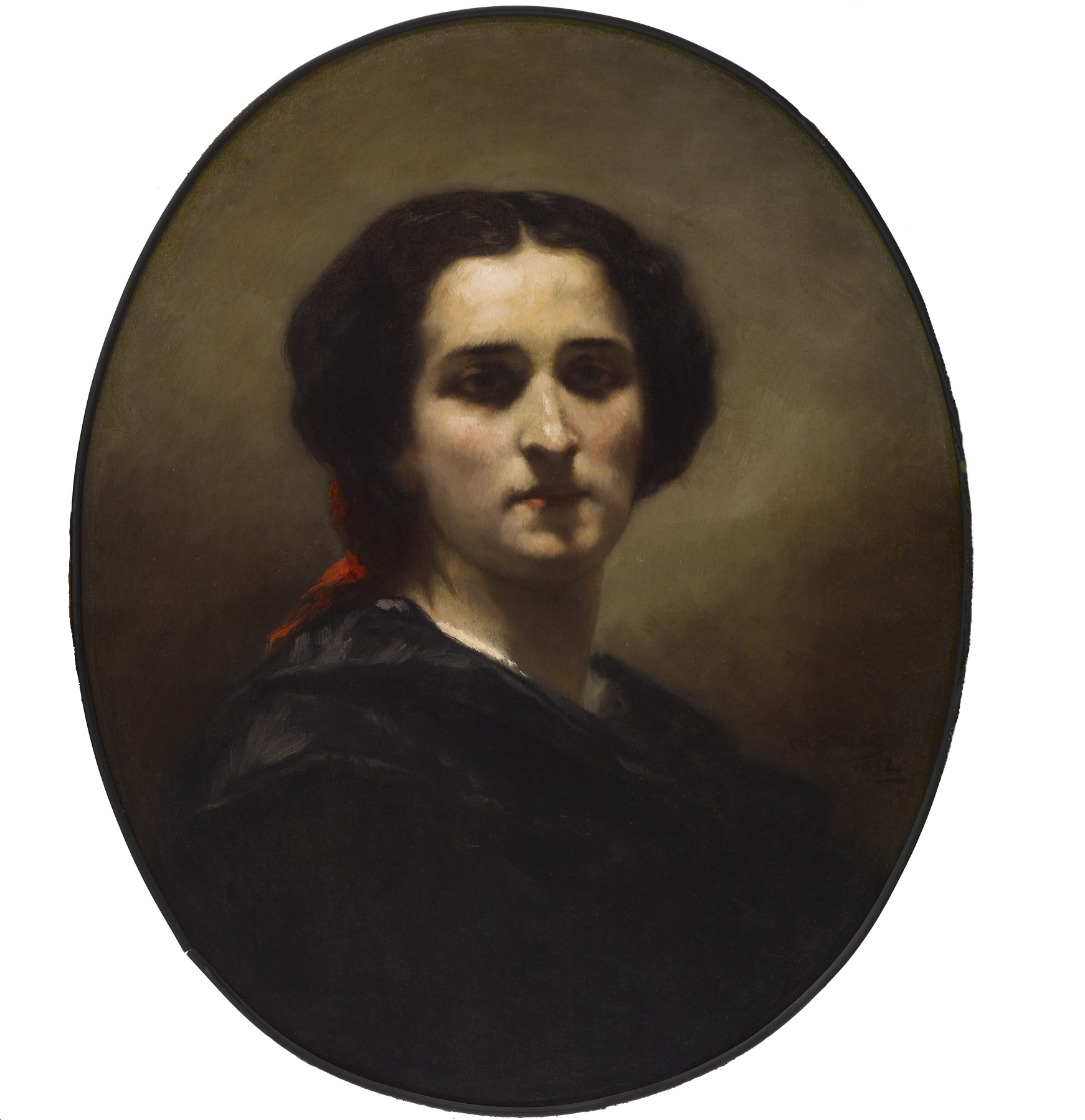 A black-haired woman, clad in black with a red scarf, is shown shoulder-length posed against a neutral greenish-grey, shadowy ground. The lighting is from overhead, leaving the eyes in shadow. The subject's identity has not been ascertained.

Müller became a member of the Académie des Beaux-Arts in 1864. He is well known for his portraits and historical paintings, particularly for the compositions.