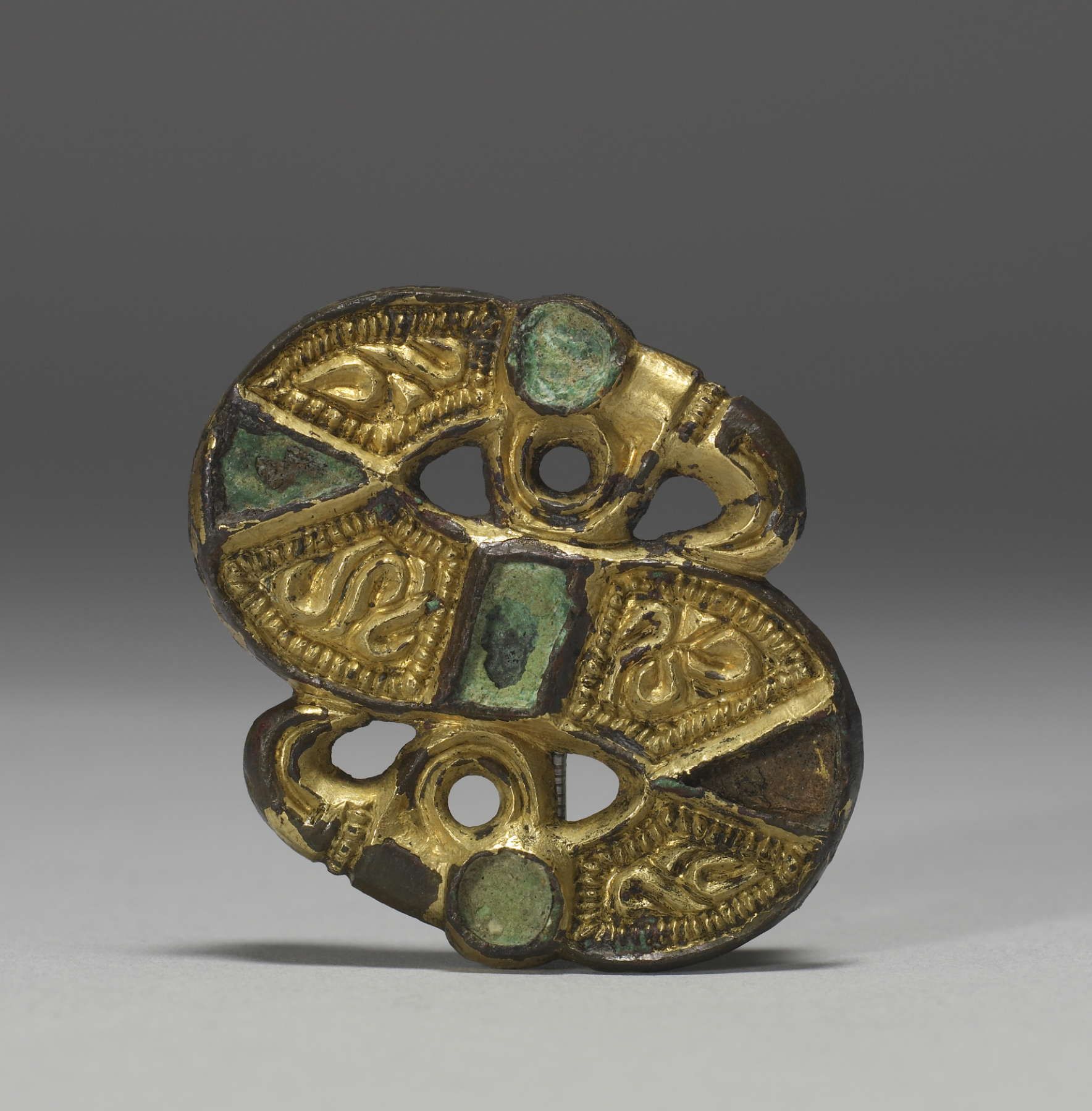 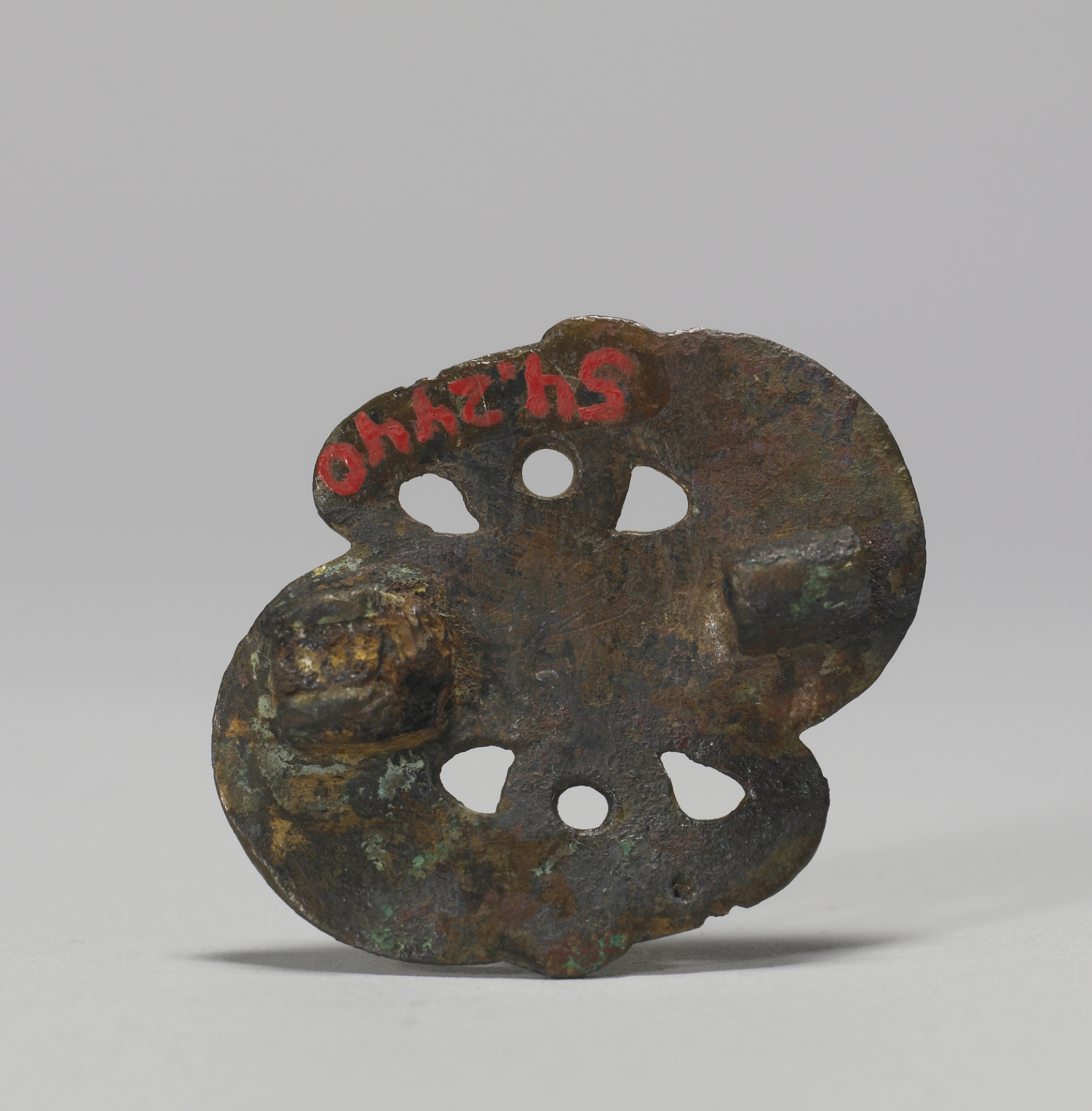 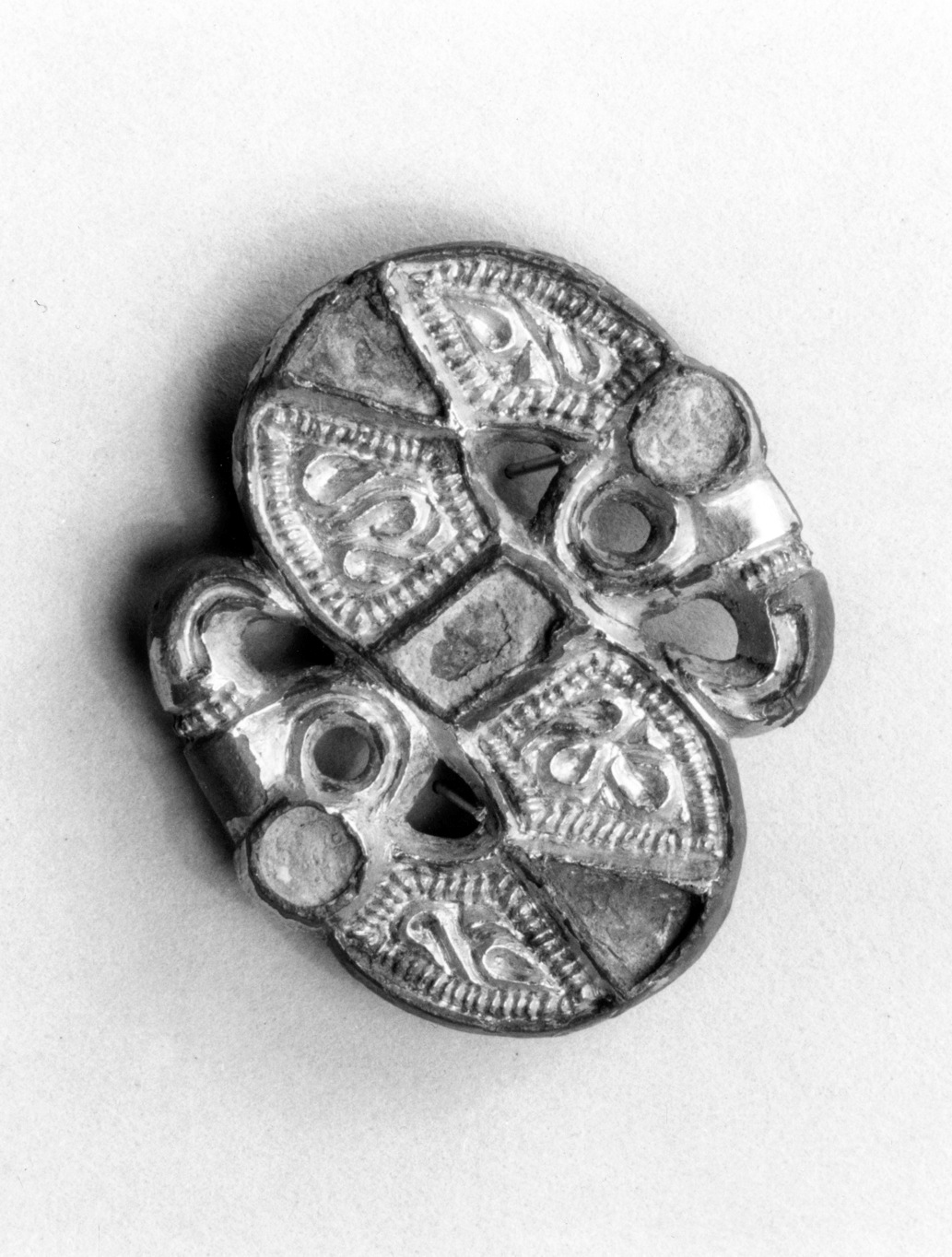 The Langobards, perhaps inspired by jewelry of the Goths, developed bird-headed, S-shaped fibulae during their 6th-century settlement in Pannonia (present-day Hungary). The body was cast from a carved mold and finished with gold gilding. The eyes originally were set with stones or glass. On the back, an iron pin set into a bronze hinge and J-shaped catch held the pin in place. The hinge and the catch are intact, while remains of the iron pin and the fragments of the textile to which this pin was attached remain in the hinge.