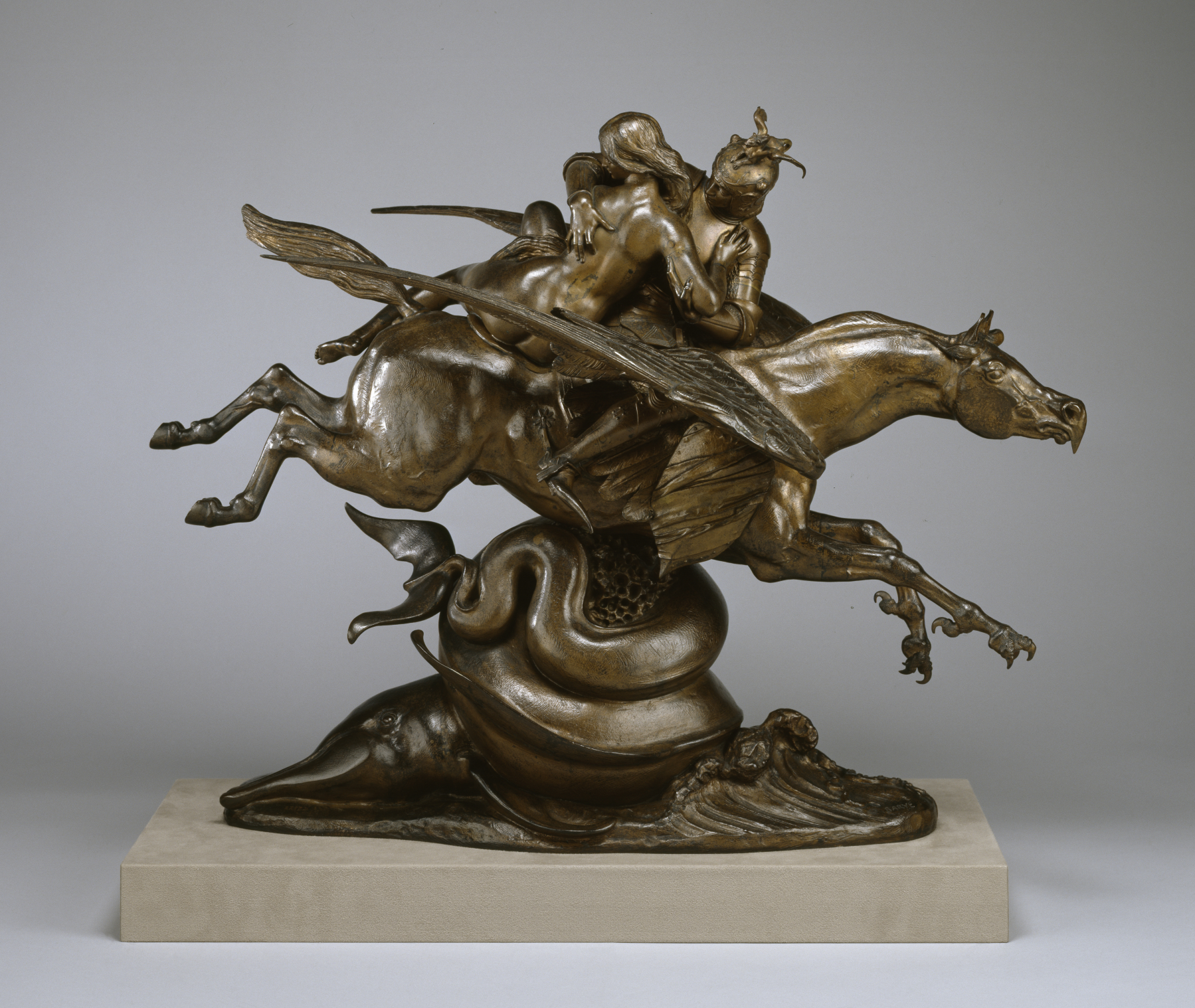 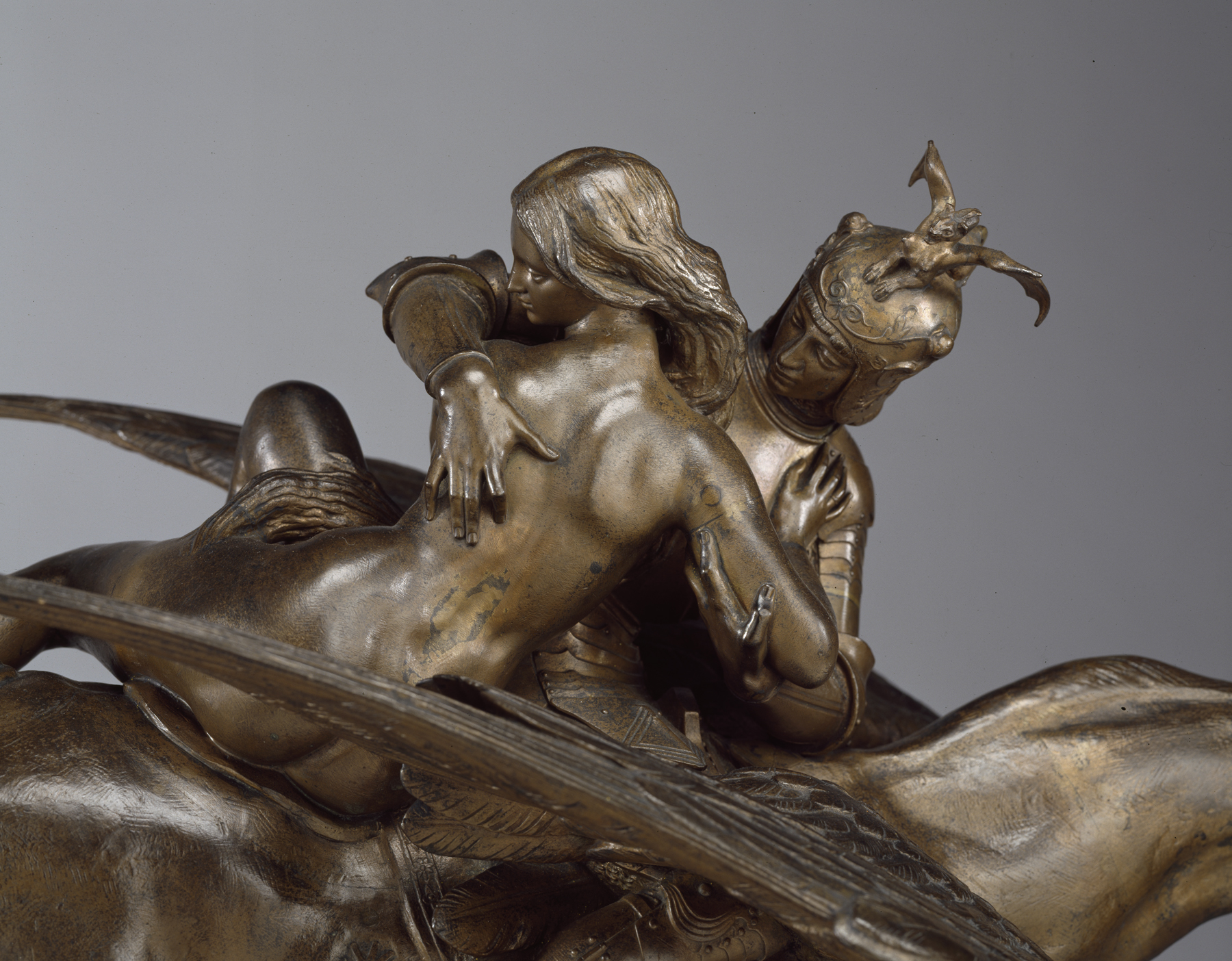 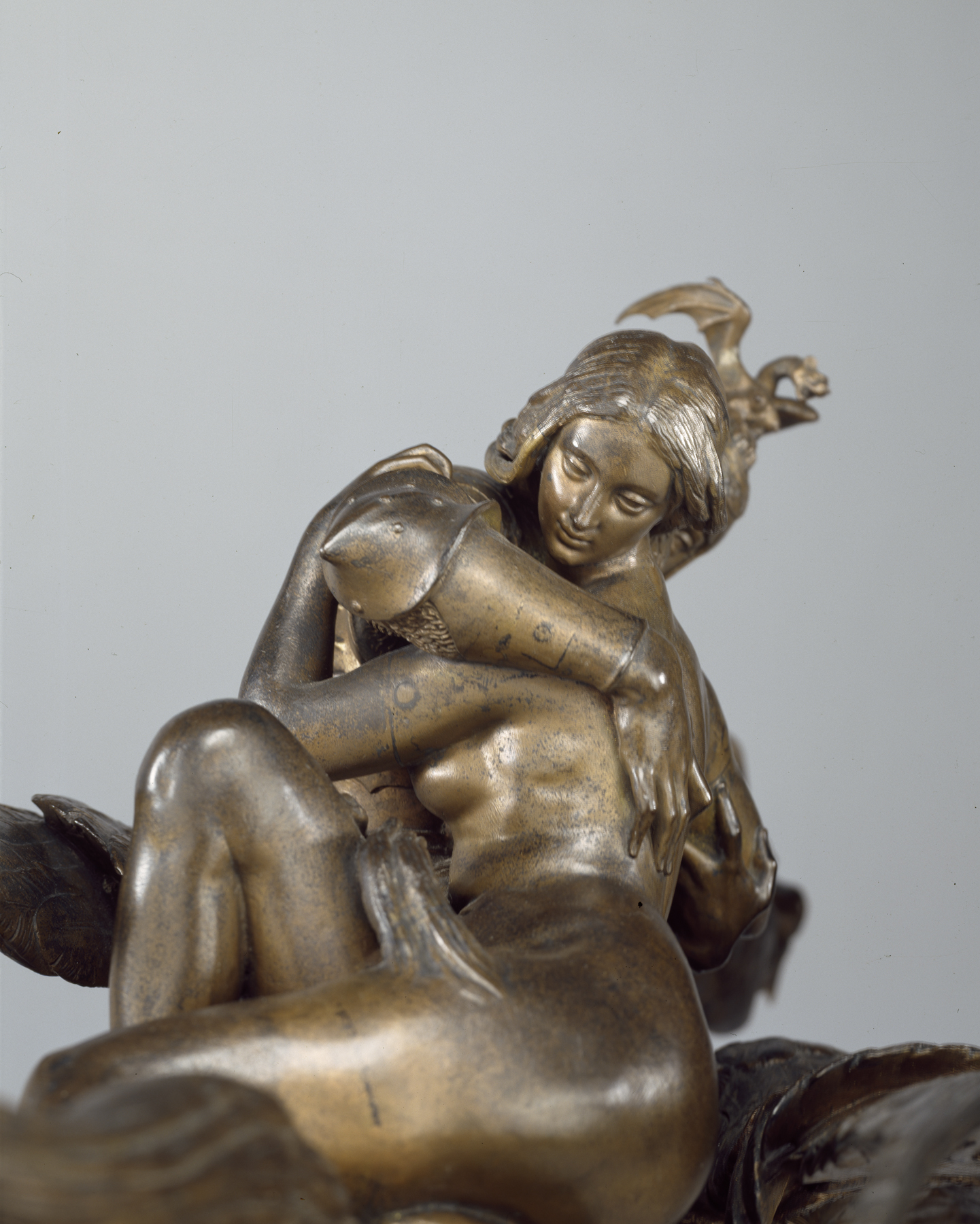 Roger and Angelica Mounted on the Hippogriff

This subject is taken from Orlando Furioso, an epic poem set in the 9th century written by Ludovico Ariosto in 1516. Roger, a knight at the court of King Charlemagne, has rescued the princess of Cathay, who had been chained to a rock on the Isle of Tears and was about to be devoured by a sea monster. The knight carries her across the seas on his hippogriff, a creature part horse and part eagle. They are supported above the waves by an immense dolphin. Emerging from the sea froth is a large octopus. While in flight, Roger falls passionately in love with the princess, but when they land, she escapes from him using a magical ring while he struggles to undo his armor.

[Signature] Cast through from model: BARYE