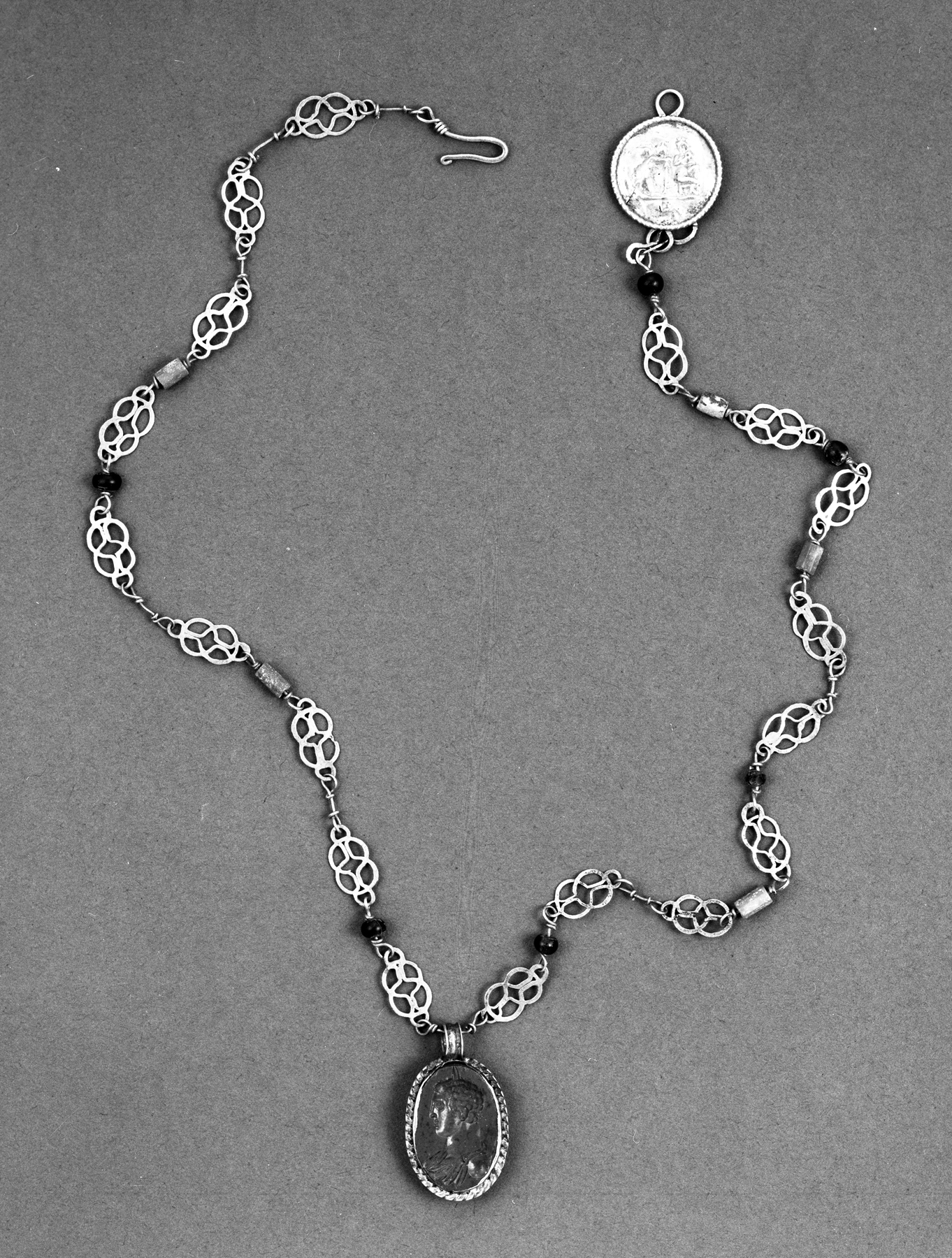 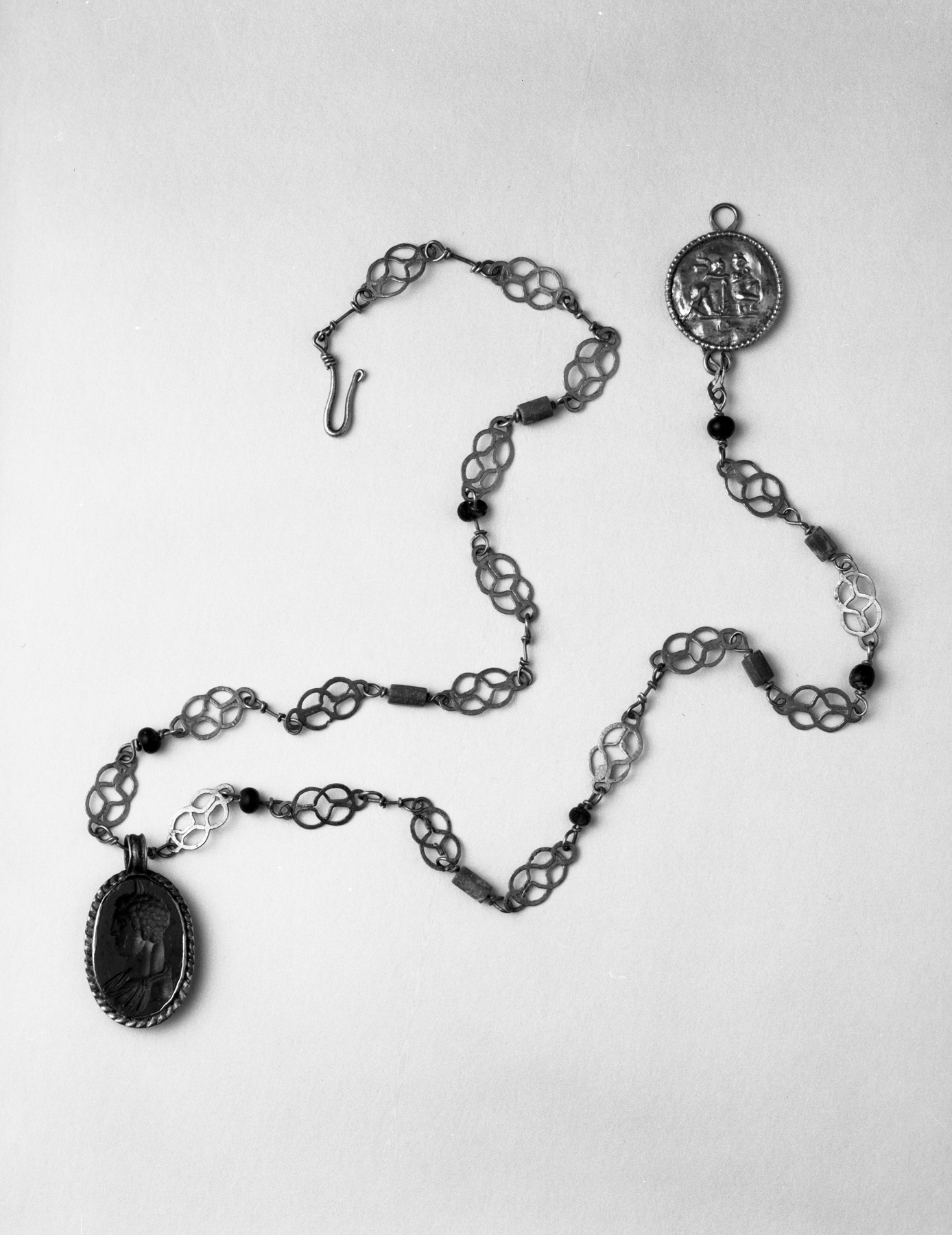 Necklace with Intaglio Pendant of a Man

The gold necklace has eighteen flattened "Knot of Hercules" links, alternating with hexagonal green agate and spherical blue beads, some of which are missing. A red jasper stone, set in a crimped gold setting shows in intaglio the bust of a man. The gold disk shows Eros leaning on a arrow near Aphrodite, who crouches as she does in the statue by the Greek sculptor Doidalsos. Neither the jasper nor the disk need have originally belonged to the necklace.