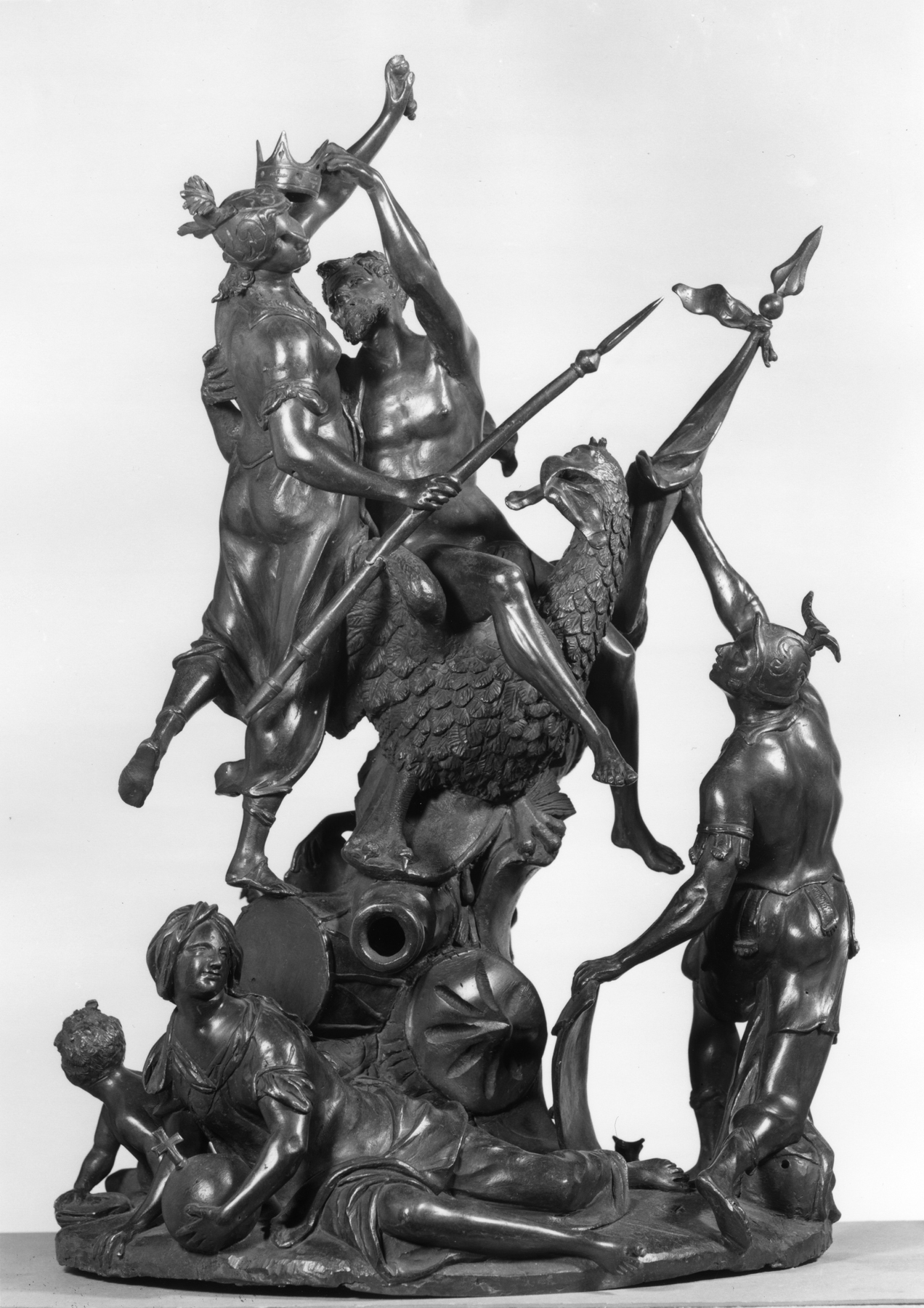 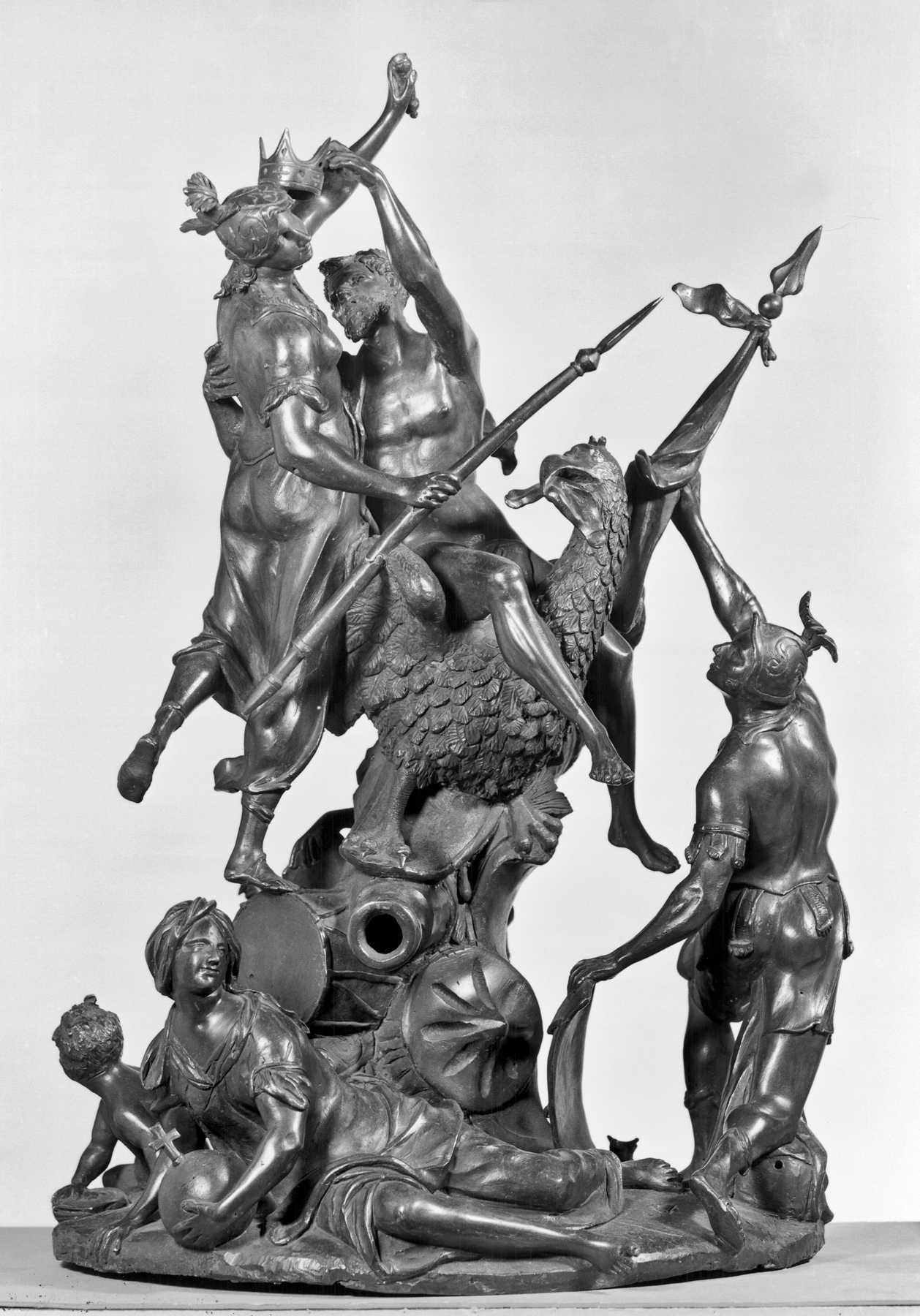 Allegorical Group Representing the Four Parts of the World: Europe

These four groups (Walters 54.659, 54.657, 54.660, and 54.658) are symbolic representations (allegories) of the four parts of which the world was then thought to consist. The concept of separate "continents" would come later. All have their names engraved. In the allegory of Europe, Jupiter, the king of the gods in Greco-Roman mythology, crowns Bellona, the goddess of war. Jupiter's eagle rest on objects used in war: canon, shield, and drum. Europe's dominance is thereby expressed through her military prowess. The figure of Religion on the ground reveals that the Christian faith supports the super position that Europe' was assumed to enjoy. See further 54.657.