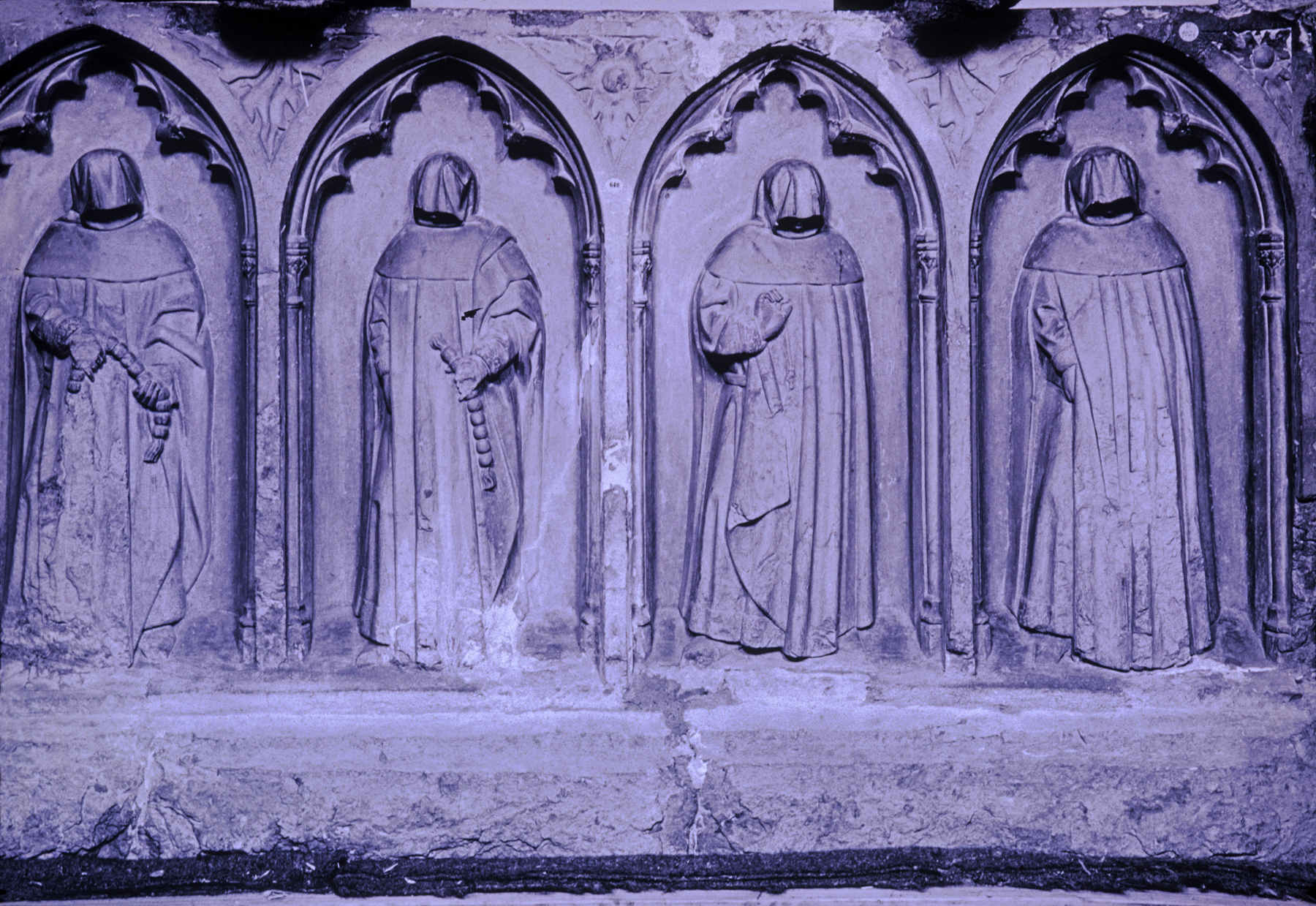 This panel was carved as one of the short sides of the tomb of Pierre de Bauffremont (d. 1472), official at the court of the Duke of Burgundy, Philip the Good. Four monks with heads covered in mourning stand beneath arches representing those of their cloister, through which the solemn funeral procession would pass. De Baufferemont was not buried in Dijon, as he had wished, and his tomb, commissioned in 1453, was never finished. The four slabs that were to form its sides were placed in a chapel. Three of them are now in the museum of Dijon, France.