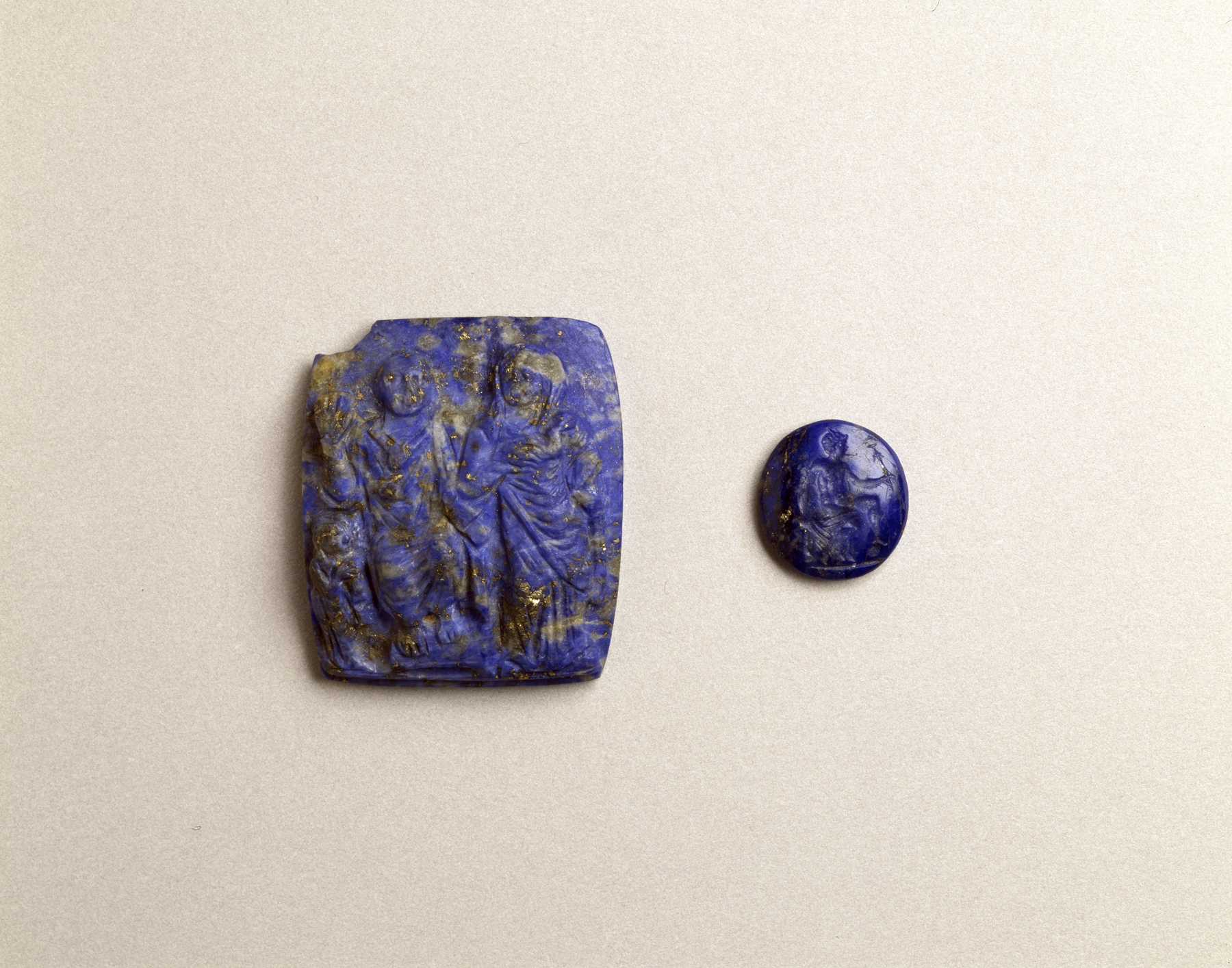 Intaglio with a Seated Man

This intaglio depicts a seated man with drapery over his knees holding a wand or scepter in his left hand.