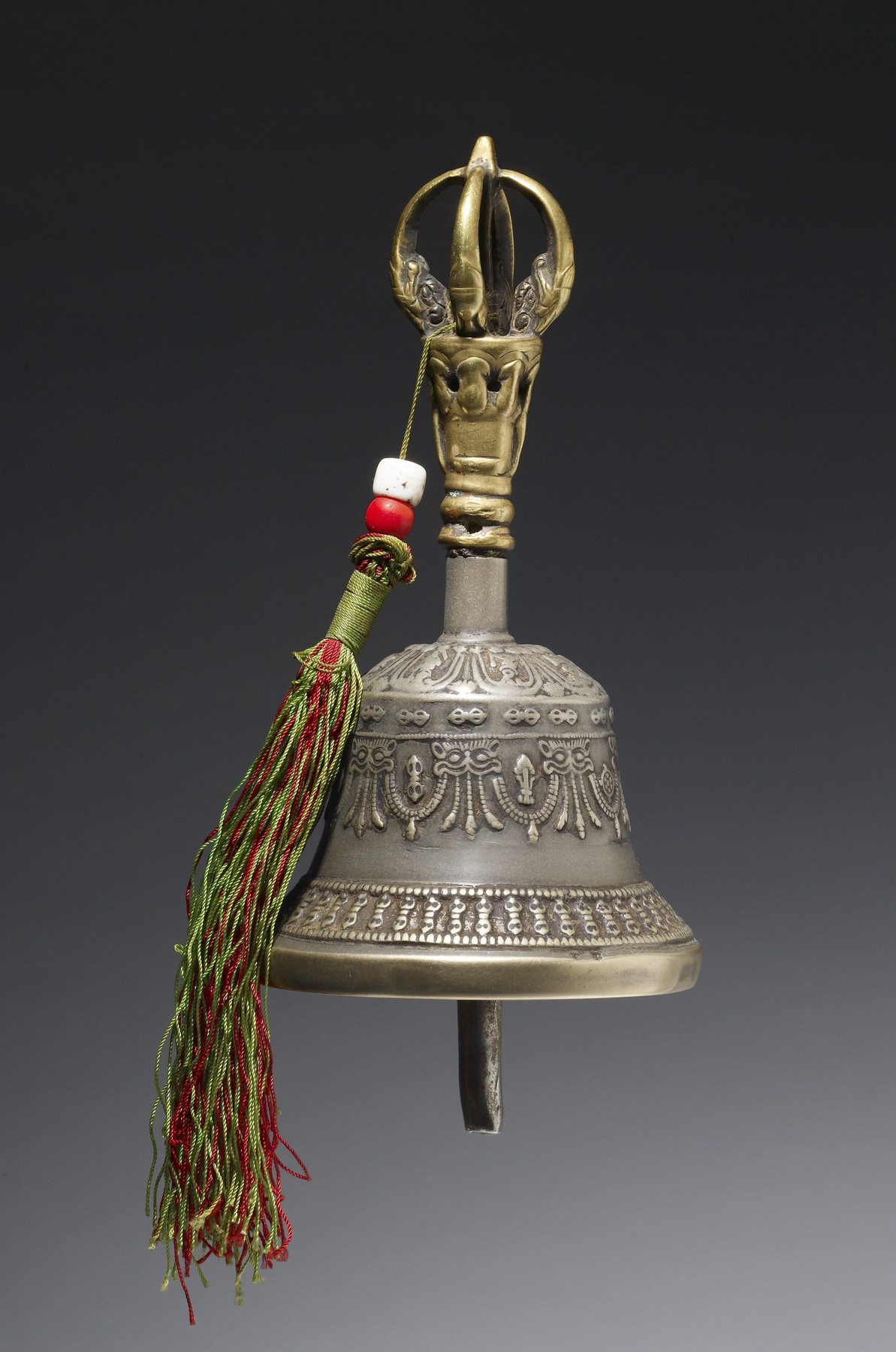 Hand-held bells such as this one are among the most commonly used implements of Tibetan Buddhist ritual. The bell symbolizes wisdom, the feminine component of enlightenment, and is often used together with the "vajra," which symbolizes compassionate action and intention, the masculine component of enlightenment. Small images of vajras adorn the rim and upper face of this bell; other imagery includes auspicious symbols, protective animal-like faces, and garlands. The handle (in the form of a half-vajra), is well worn, attesting to the bell’s past use. 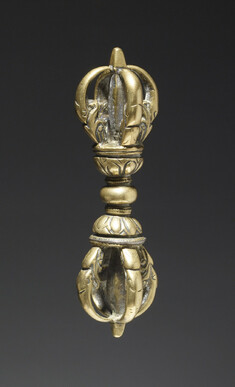