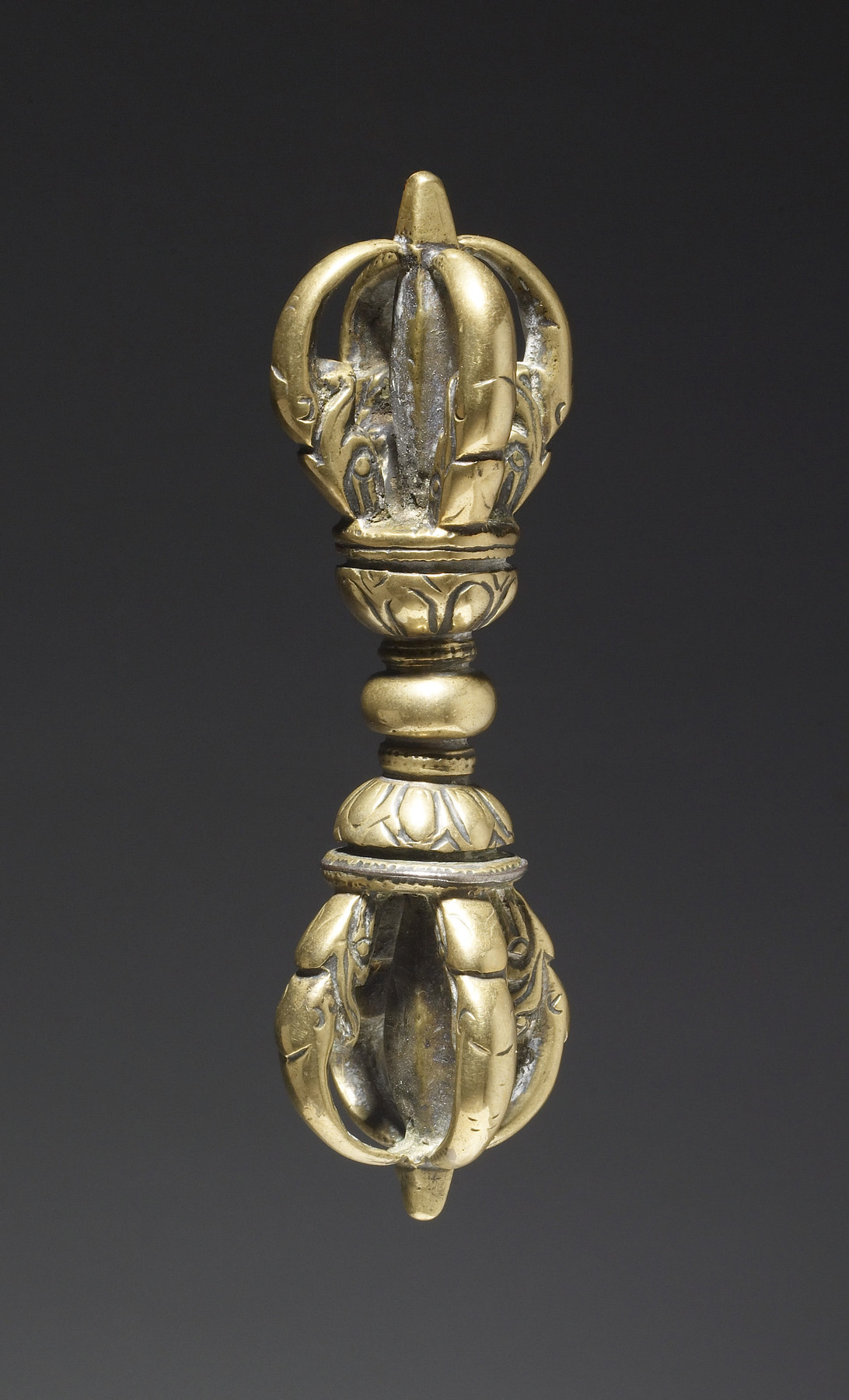 The "vajra"—a type of multipronged, double-ended scepter—is one of the most common implements of Tibetan Buddhist ritual, and the worn details of this one attest to its former ritual use. Its Sanskrit name is often translated as "diamond" or "thunderbolt," and it symbolizes indestructibility and clarity: two qualities of the enlightened mind. In ritual, it is usually paired with the bell, and together the two objects symbolize complete enlightenment: The vajra represents compassionate action and intention (understood as the masculine component of enlightenment), while the bell represents wisdom (the feminine component of enlightenment). The vajra is also a symbol of the tantric Buddhist teachings, which are collectively called "Vajrayana," or the "Vajra vehicle" of Buddhist thought and practice. 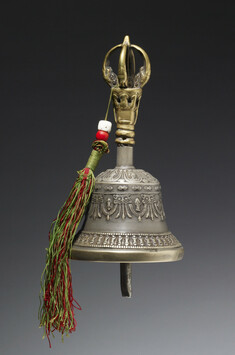