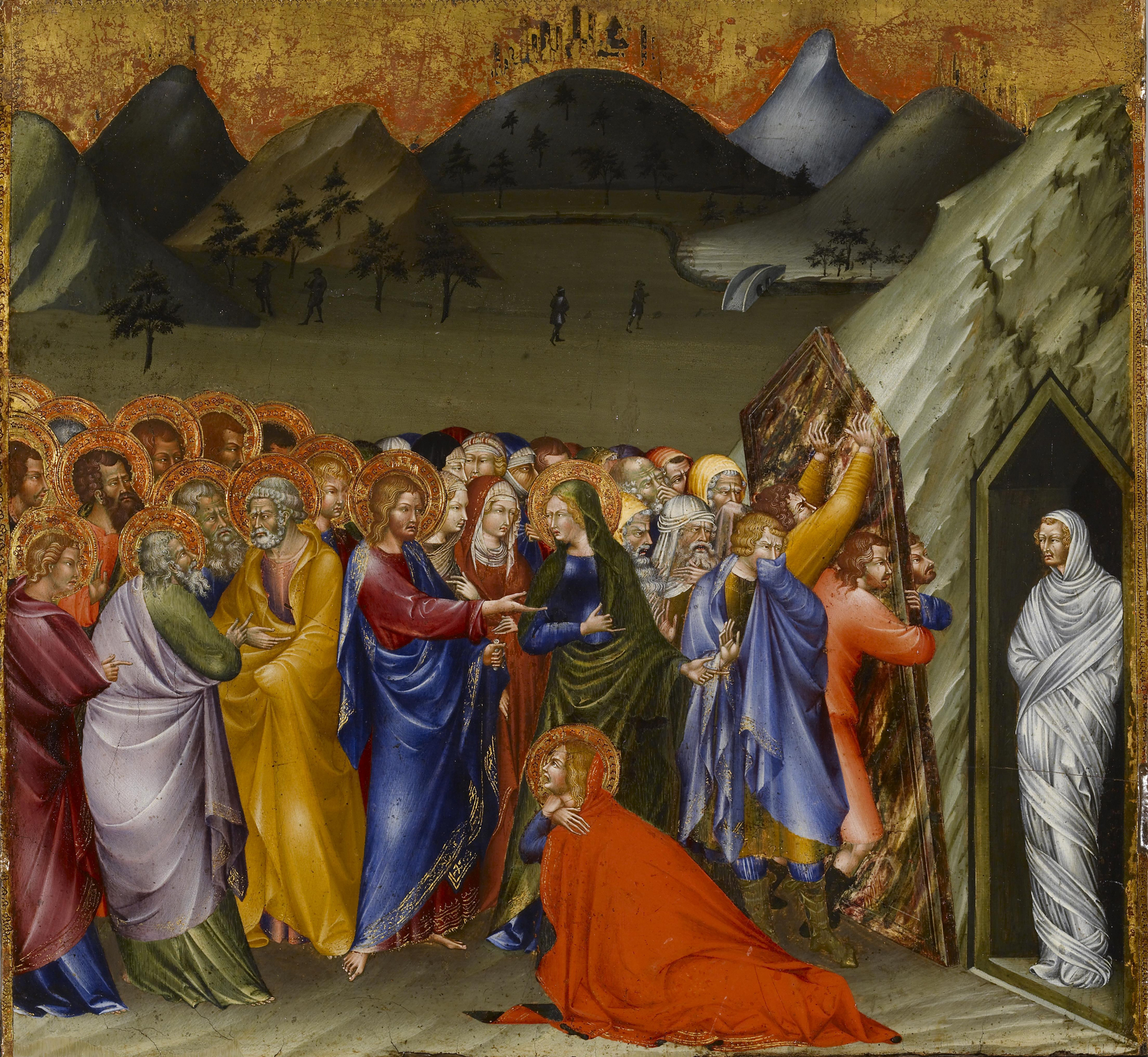 The Resurrection of Lazarus

This is one of four early masterpieces by Giovanni di Paolo in the Walters. It was originally part of a predella (paintings on the base of an altarpiece) in the chapel of the Malavolti family in the church of San Domenico in Siena. The main altar panel, dated 1426 and depicting the Virgin and Child flanked by saints, is in Italy. The predella panels show, chronologically, the Resurrection of Lazarus, the Way to Calvary, the Descent from the Cross, and the Entombment. Originally, an image of the Crucifixion (now in Germany) would have been in the center.

The resurrection of Lazarus was considered a model for the Resurrection of Christ, and the first panel thereby indicates what will happen after the Entombment. The scenes from Christ's Passion emphasize his humanity through his sufferings.
The panels demonstrate Giovanni di Paolo's mastery of multi-figured, dramatic narrative scenes executed in the late-Gothic style. The agitated figures reveal extreme emotional states-from the onlookers overwhelmed by the stench from Lazarus's tomb to the desperate sorrow of the participants of the Passion scenes.

Throughout his career, Giovanni di Paolo referred to the pictorial tradition of his native Siena that was rooted in Byzantine art and is characterized by, in particular, the gold ground and the stylized rock formations. 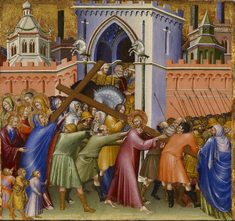 Christ on the Way to Calvary 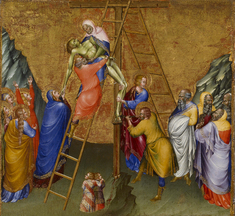 The Descent from the Cross 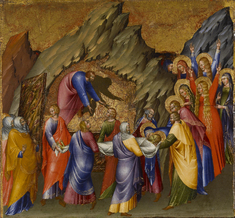 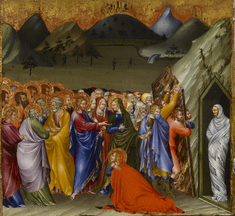 Four Panels with the Passion of Christ from a Predella