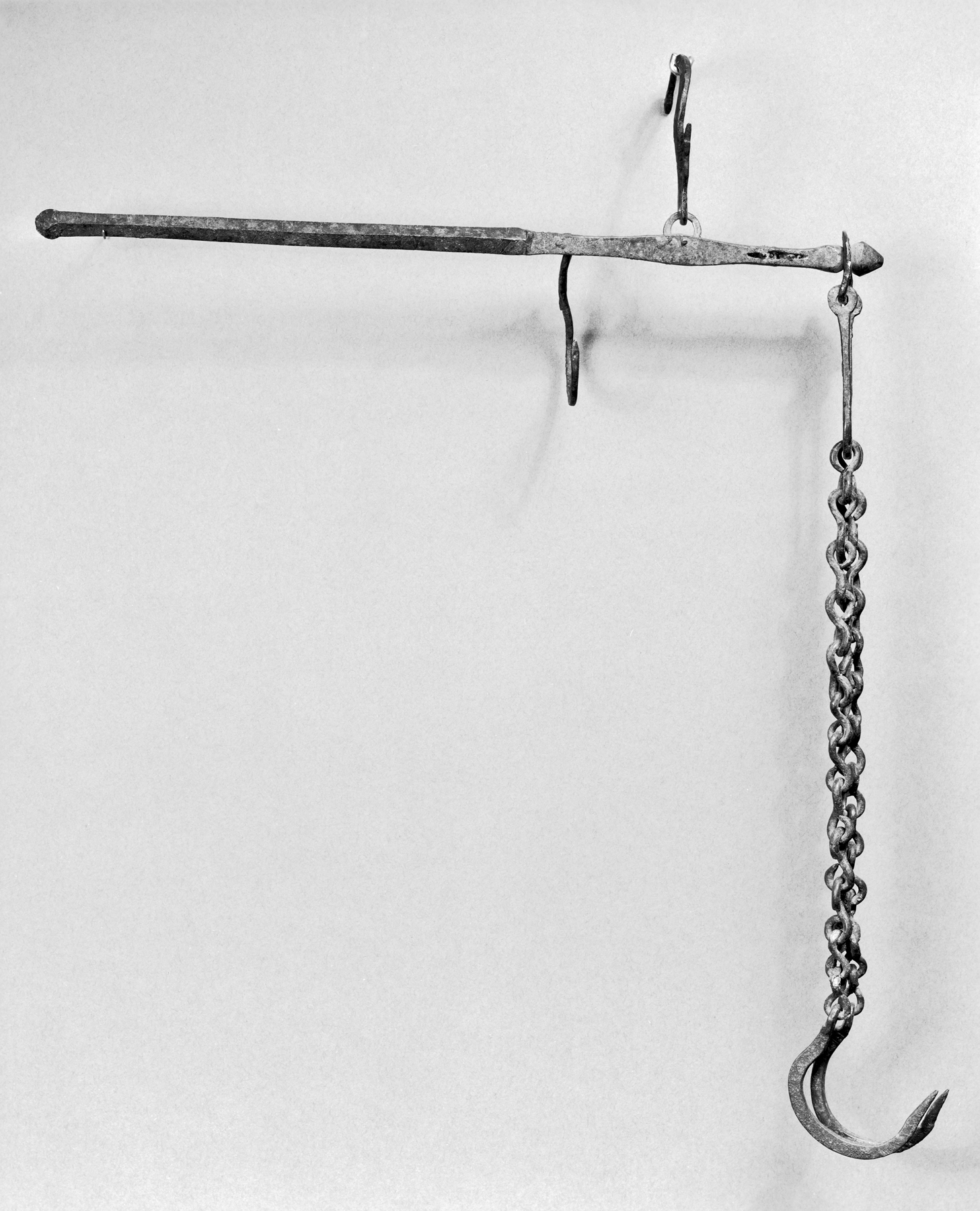 Steelyards, or scales, were used in the Roman and Byzantine Empires for weighing heavy objects in the marketplace. They are, in fact, still in use today. The steelyard (named for its more recent function of weighing steel in England) consists of a balance beam divided into two arms of unequal length, with suspension hooks or a pan to hold the object being weighed.