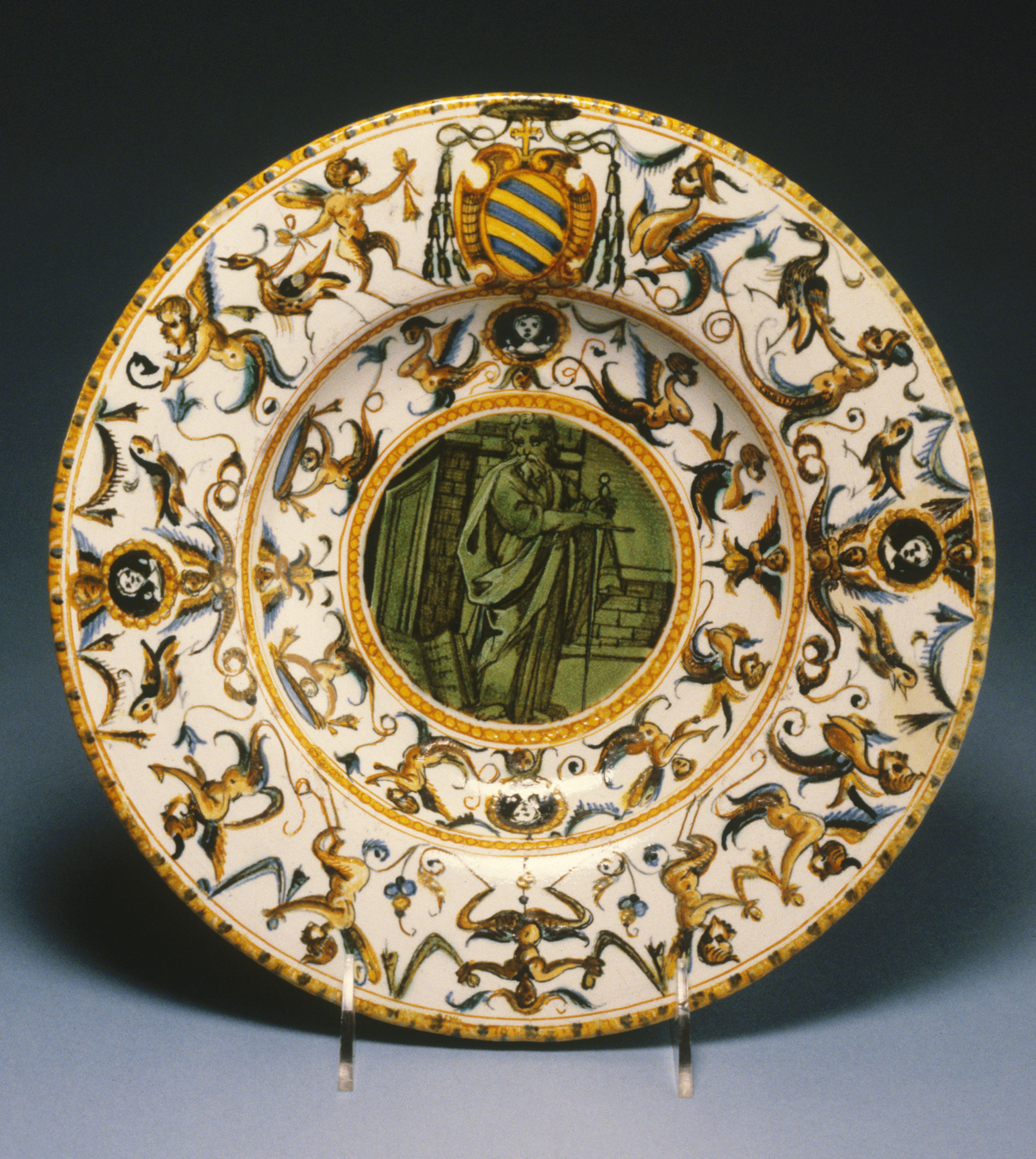 The central roundel of this dish depicts Saint Paul, grasping a sword (some early sources suggest that he was deheaded) while a book (referencing his writings) lies open at his feet. The outer rings illustrate a series of mythical figures, birds, and medallions against a white background. These figures are representative of ‘grotesque’ decoration, an ornamental style that became popular on painted maiolica during the second half of the sixteenth century. The name ‘grotesque’ derives from “grotte,” a term used to describe the Roman palace belonging to the Emperor Nero (37-68 AD), which was rediscovered in 1480, and was painted with these elaborate, whimsical motifs. Five other plates are known from this service all embellished with the same coat of arms, described as possibly of the Contarini family of Venice. The green hat and cross above the heraldic device signify that the patron was a bishop. The back is glazed and includes four yellow-ochre circles.