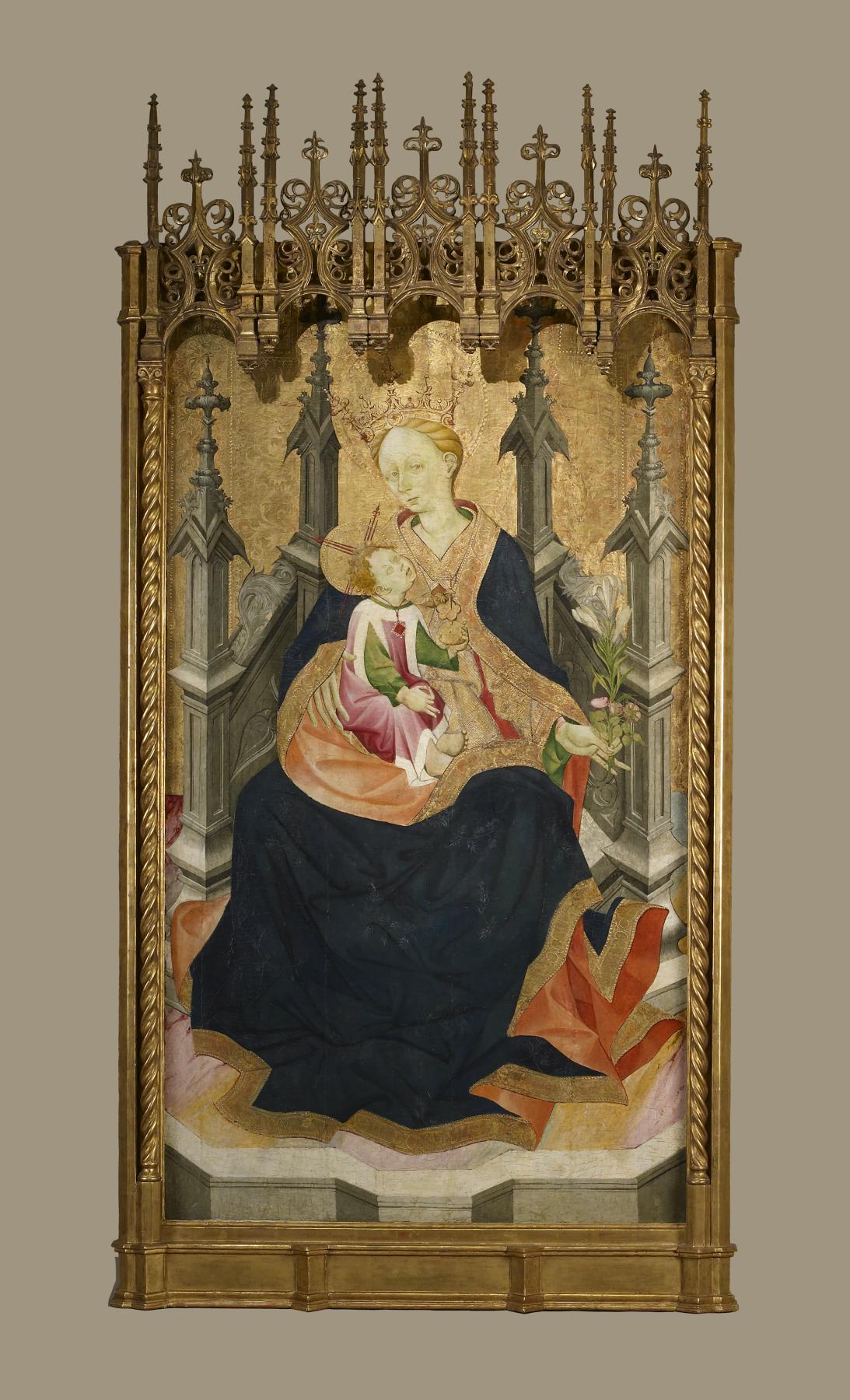 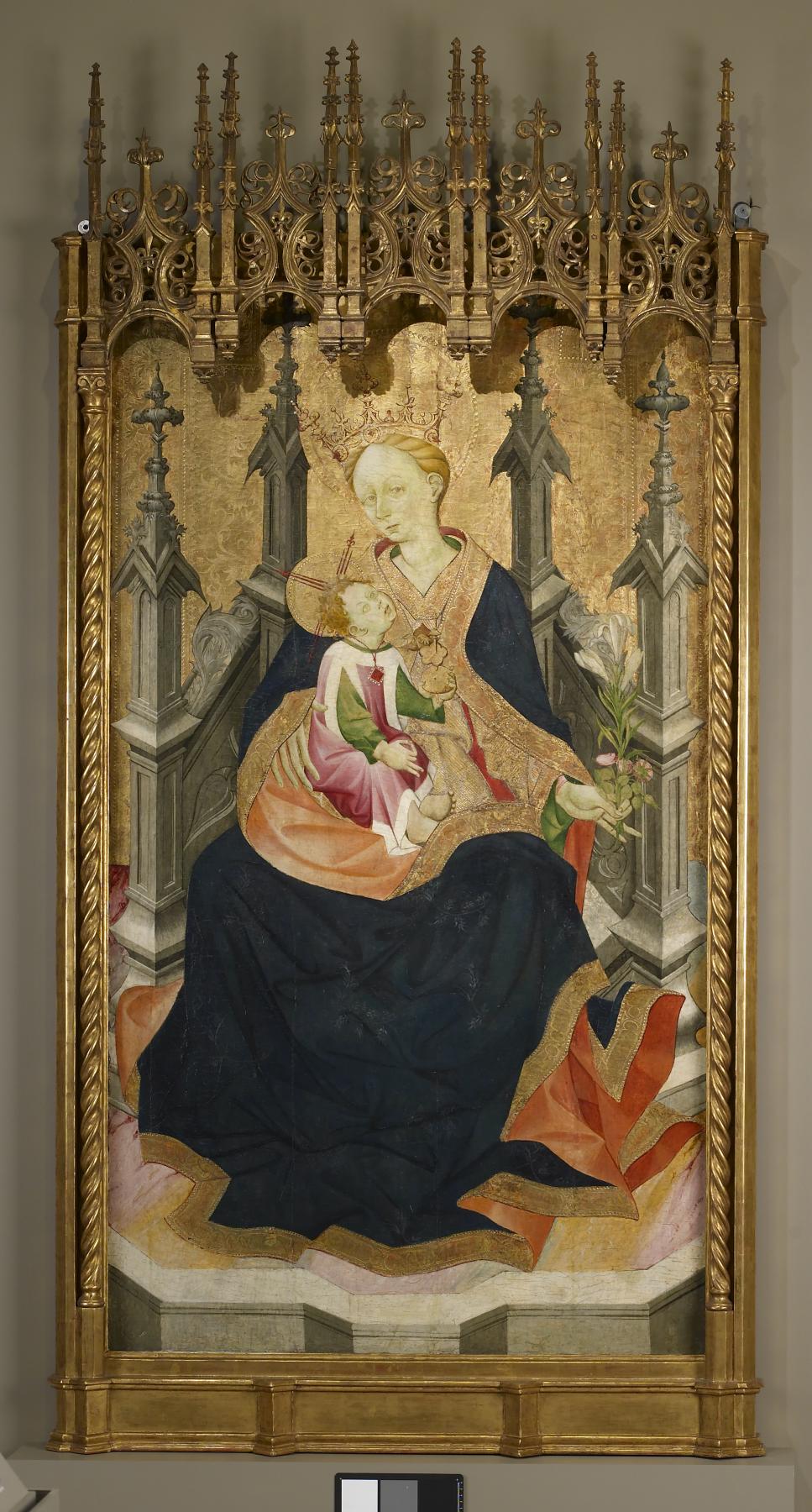 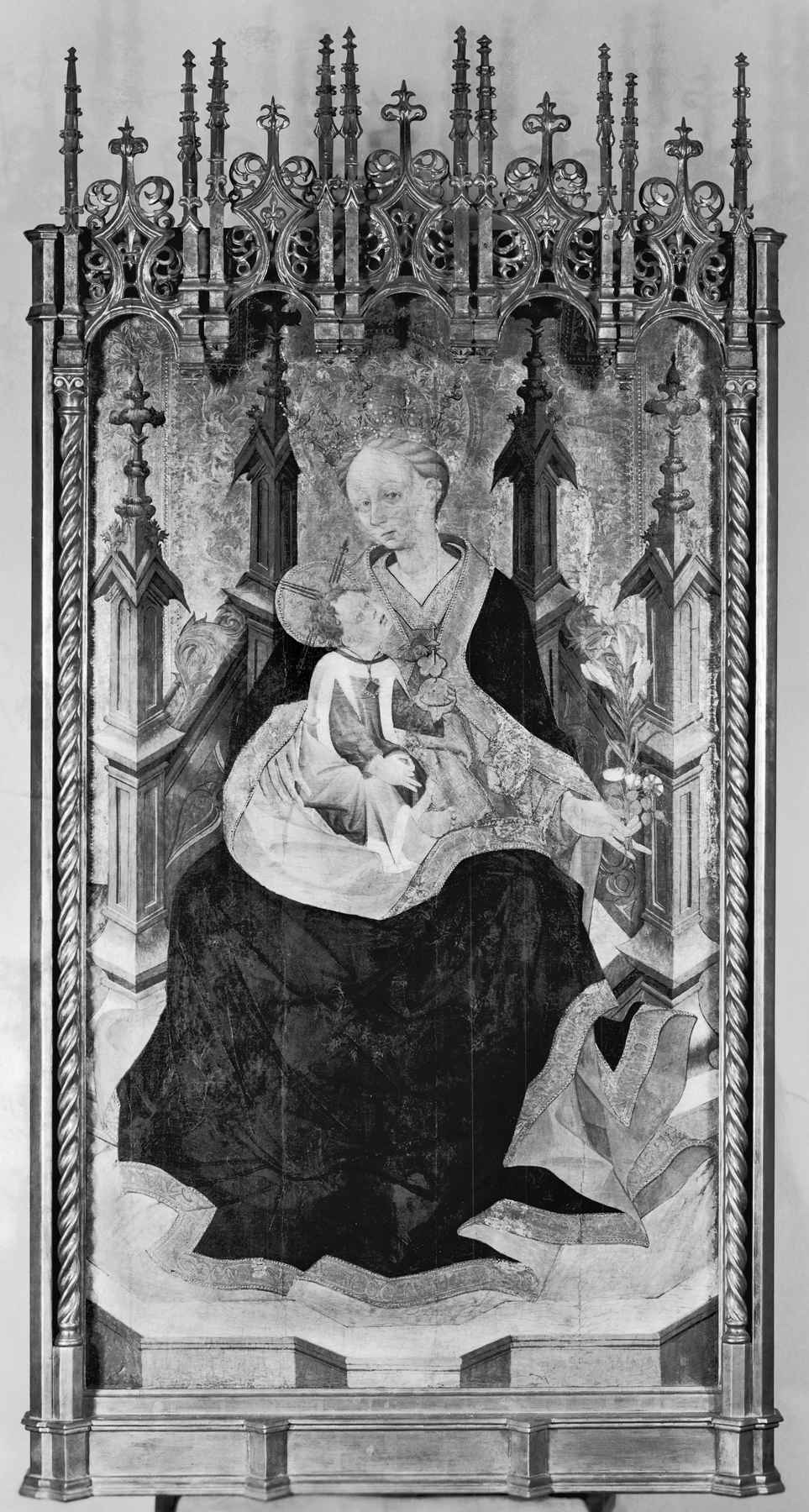 Madonna and Child on a Throne

Mary is here both virgin and mother. She is Queen of Heaven holding her son, but her long, unbound hair is uncovered- appropriate to a young maiden. The lilies further symbolize her virginal purity, while the roses signify her motherly compassion. Christ's dual nature is also revealed. His robe is trimmed with ermine (worn only by kings), but he plays with his mother's winding spool. According to popular pious meditations, when the Holy Family reached Egypt, Mary sewed and spun cloth to keep them from starving; like a good boy, Jesus helped her.

Once the center panel of a large altarpiece, this is one of the great Spanish works of the period. The style is close to that of Gonzalo Pérez, the major artist of the International Gothic in Valencia. Influenced by Italian painting, that of Valencia is more linear and flamboyant than Netherlandish art of the time.