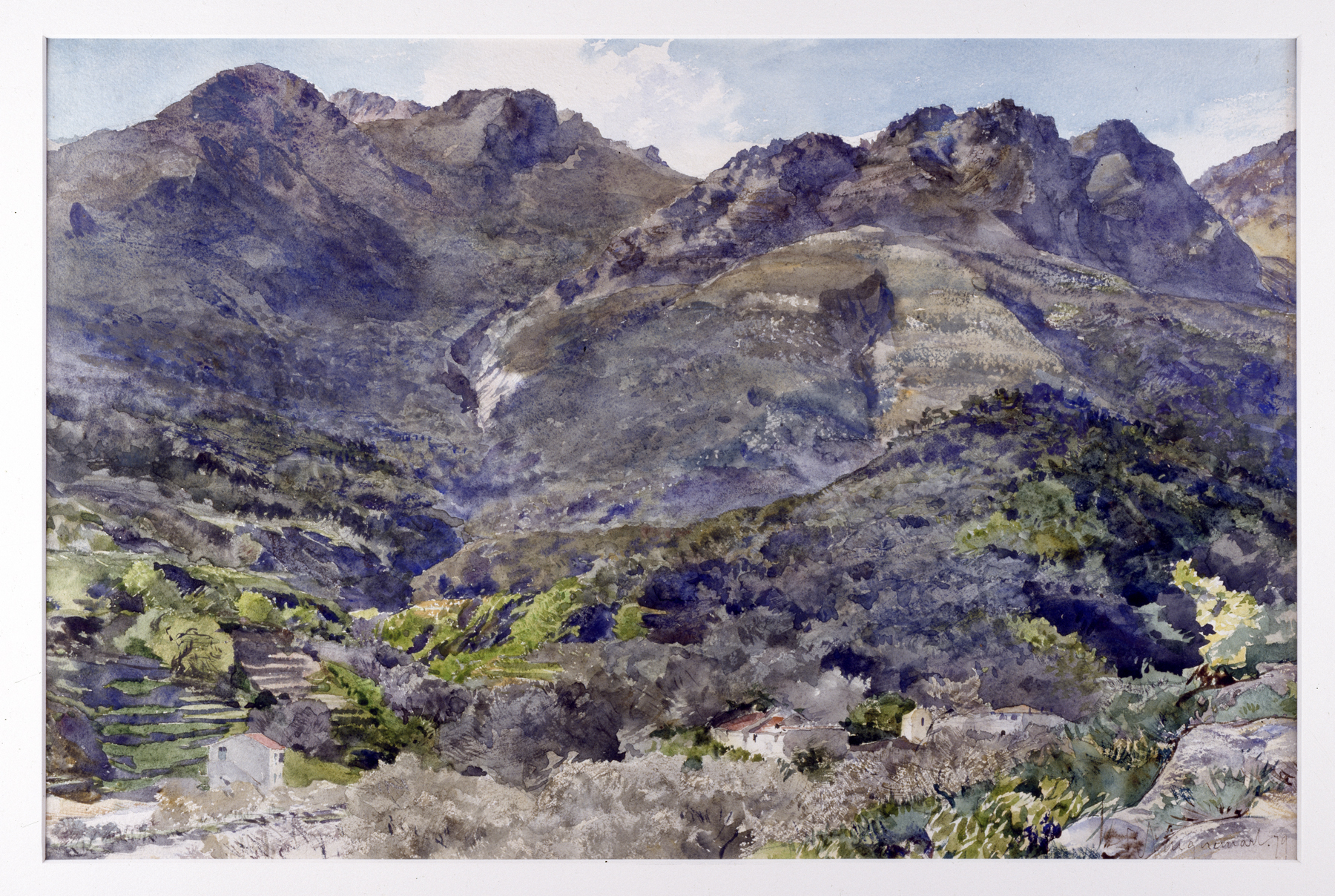 Jacquemart's rendering of a mountainside near Menton exemplifies the approach of landscape painting in watercolor in the latter part of the century. It brings to mind similar watercolors by Cézanne of Mont Sainte-Victoire done only a few years later. In a posthumous biography written by Philippe Burty, a champion of Barbizon artists such as Corot and the impressionists, Jacquemart was lauded for his "consummate knowledge of shades of color and his ability to analyze tints" and for the manner in which he conceived of the forms and masses using color ("Jules Jacquemart," in "Society of French Aquarellists," Paris, 1883, 348). Although he used the term "impression" to describe Jacquemart's approach to landscape painting, Burty avoided a discussion of "what has been termed impressionism." He made a point of describing the artist's method of beginning a sheet outdoors only to be finished in the studio the following morning, thereby distancing Jacquemart from the "intransigents" whose hallmark was their "plein air," sketch-like manner (Burty 1883, 349). Jacquemart's sheet is finished and demonstrates the importance of the watercolor medium in constructing the modern idiom.

His technique is descriptive and precise enough to distinguish between the sun-washed, stucco surfaces of the houses and the terraced hillside at left. The scrubby texture of the shrubs in the middle ground was achieved using a dry brush. Conversely, the generalized craggy quality of the higher peaks and the gorge that cuts through the center of the composition were rendered in a wet-on-wet technique. Yet, he achieved an element of abstraction that signaled a modernist's concern for form. Having made a reputation for himself as an engraver of objets d'art and Old Master paintings, Jacquemart exercised his imagination-and his modernity-on his watercolors.