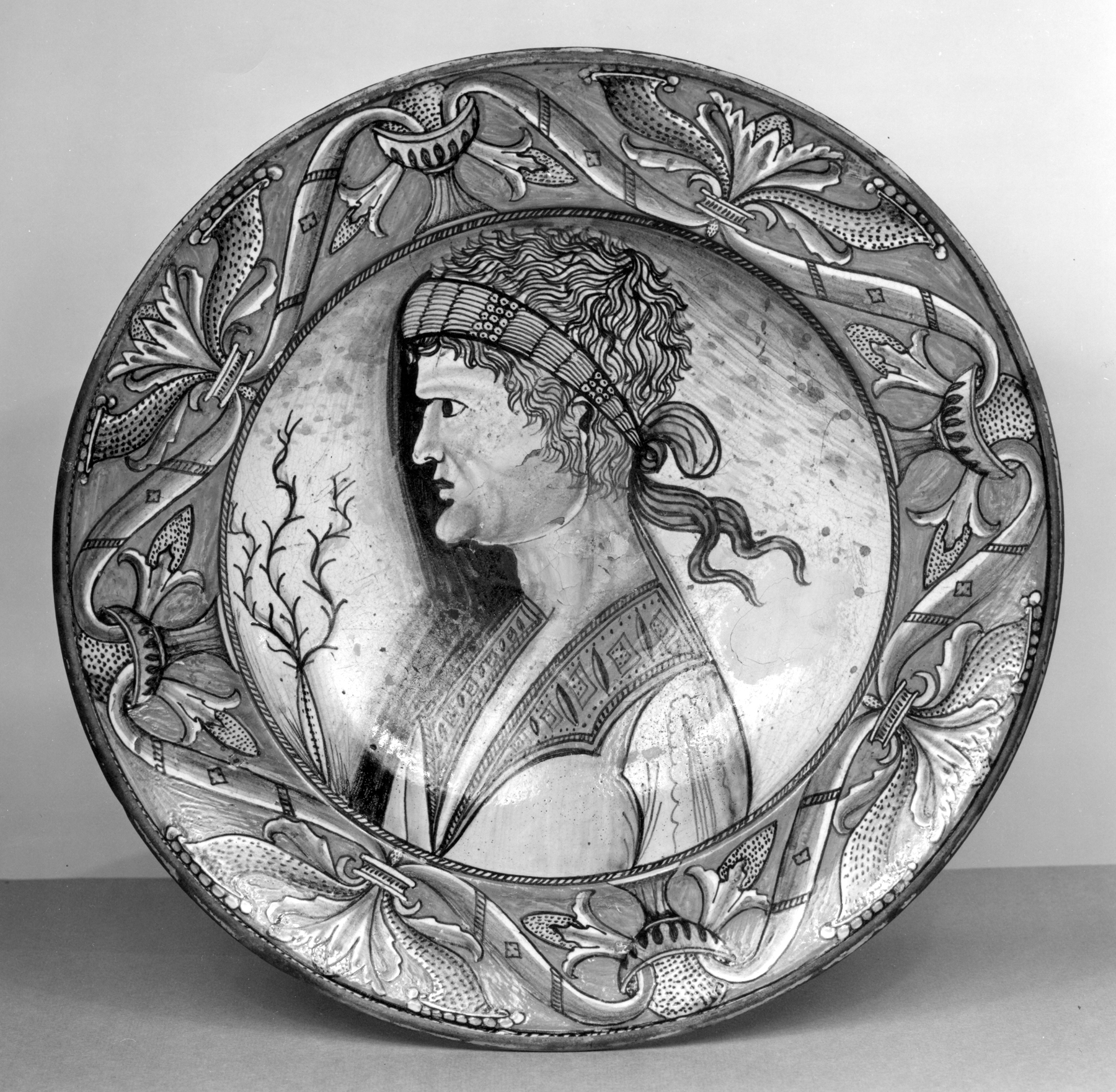 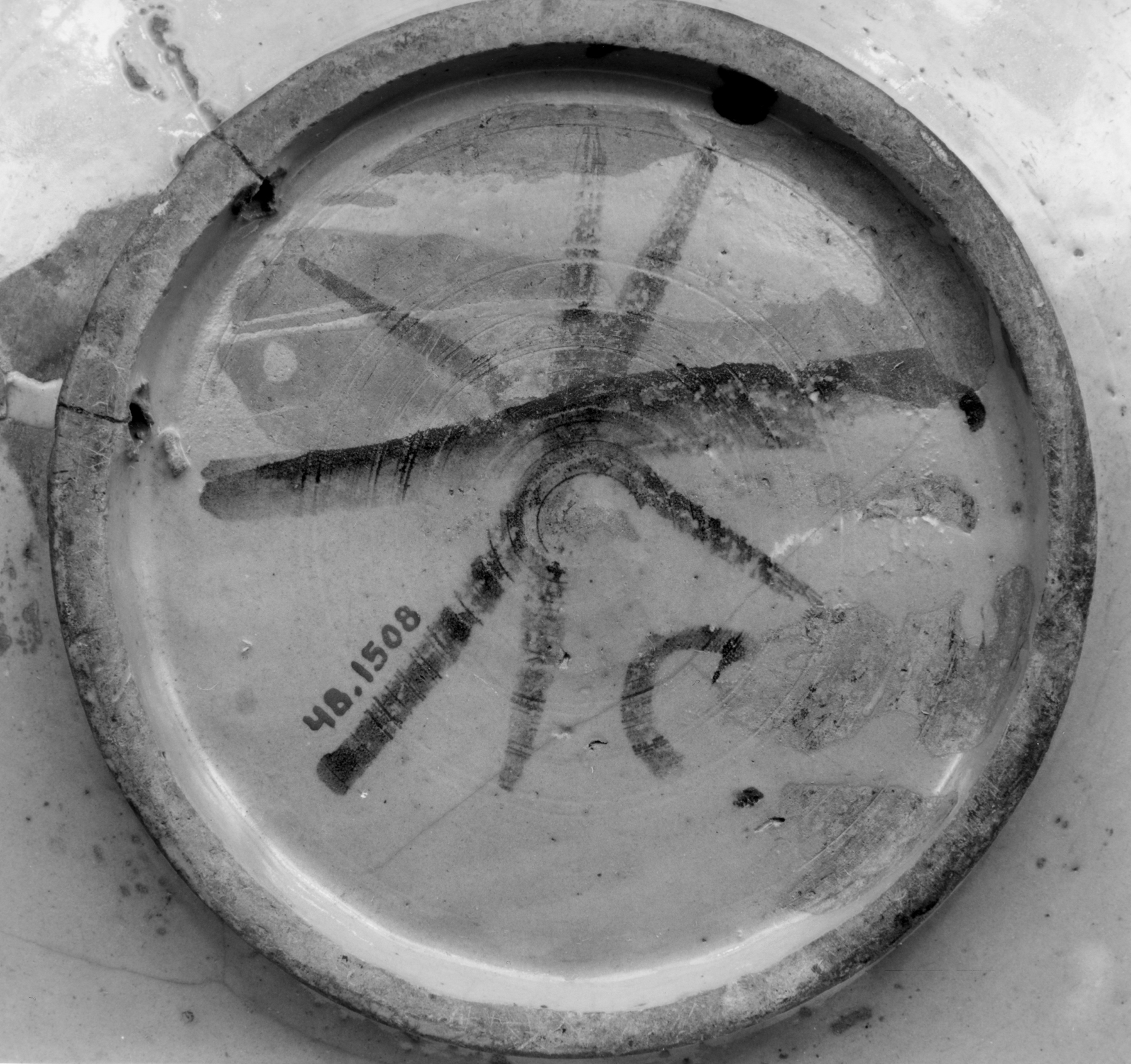 Dish with a Classical Bust

The central field of this dish depicts the profile bust of a man with a Roman style haircut wearing a fillet and facing towards the left. He appears to be looking intently at a plant with bare branches, perhaps meditating on the cycles of life and death. The profile itself suggests the painter was looking at the proifles of emperors on Roman coins. The ‘grotesque’ designs that decorate the rim are painted in blue, ochre, yellow, and copper-green, and were influenced by the wall paintings in ancient palaces rediscovered underground, seemingly in grottos, in the decades around 1500. The back of the plate is painted a greenish-yellow glaze; in the center, four lines cross in the middle, and a small “C” is in one of the angles. This dish was likely made in Deruta, a prominent center for maiolica production in the sixteenth century. For other maiolica dishes with Classical profiles, see 48.1317 and 48.1321. For more on “maiolica”, see 48.1336.

[Maker's Mark] On the center back, in blue turned to green, four lines crossing in the middle ; [Inscription] In one of the angles of the maker's mark: C.